Poetic Points of Being in The Kolkata Cadence 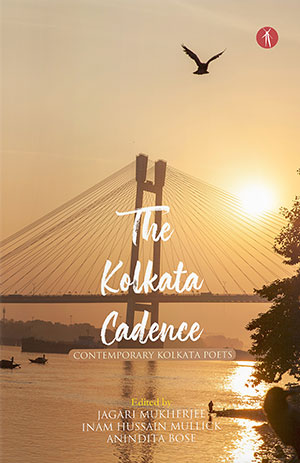 Our society is increasingly global, and the era of Covid-19 is no different. We may forget our localities and the importance of community in consuming the news and internet media. One city, the domain of Mother Theresa, a holy city, is Kolkata. Three editors compact its poetic resources in The Kolkata Cadence, a new anthology edited by Jagari Mukherjee, Inam Hussain Mullick, and Anindita Bose (Hawakal, 2021). The anthology compiles twenty-five contemporary poets, and subjects range from rain, crime, and religion to subtler life experiences. Mullick writes in his introduction that “life does not cease to offer us the absurd, personal and political—the poet conquers.” The poetry of The Kolkata Cadence seeks to illuminate these dimensions of life while celebrating the original voices of the city’s scene.

Bina Sarkar Ellias writes of Santiniketan’s red earth, “a red road rolls out, / astonished— / like Kali’s tongue.” In “Santiniketan II,” the city is “mourning the death of its renaissance.” These poems undercut the reality of the city dwelling. Santiniketan is a university city expanded by Tagore’s vision. These poems suggest the natural world dwelling within humankind’s spirit. The unexpected happens overnight when rain washes through as a poet’s delirium, suggesting the primal urges of nature are within the sway of the poet-shaman.

In “Haiku,” by Naina Dey, reality assumes a different task. “Shards of reality pierce my wish bubbles,” Dey writes. Sorrow fills the poet as she asks for a haiku from a lover. The haiku is either spoken for love or for eternity; we do not know. What we can assume from the poem is that reality is unperturbed by the poet’s desires. As the next poem, “The Doll’s House,” suggests, “The doll’s house remained.” This tribute to Ibsen ironically poses a question about reality and art. Art is a subtle reflection of reality and not something that transforms it, though it may interrogate it.

The Kolkata Cadence contains a wealth of poesies; as Mullick’s preface states, the city preserves the “rich cultural heritage” of Bengal. Sharmila Ray’s poems reflect the tradition in the starkest light amongst her contemporaries. She writes of the past and present with lines such as “from grandma-time to the present” (“Room”) and “Alphabets march to enter my heart, but a wind stops them” (“Alphabets”). Literature is as natural in her poems as ferns, armpits, and breasts. Poetry is an omniscient force within nature; it is the poet’s desires that render it accessible.

Poetry is an omniscient force within nature; it is the poet’s desires that render it accessible.

Another tone is taken in the poems by Sanjukta Dasgupta. The poems are deeply feminist in nature, but lines such as “Fear is the silent stalker / that follows me everywhere” express how the experience of womanhood is universal by appealing to lasting human emotions (“Fear”). Fear is not external but of the “merciless maze /of the eyeless mind.” The poet admits her own inability to stand up, as if indicating that fear is responsible for human inaction.

Niladri Mahajan writes the most astonishing lines in “Cremation.” “High tide of the light sperms, swim- / ming / around me they are arising . . . they are arising, / in heightened temperature / forming from within.” These lines are preceded by the mysterious verse “I am in the deep.” “Cremation” expresses a fundamental truth about death and life and how nature’s cycles are reflected historically.

Kiriti Sengupta, the much-acclaimed poet of Kolkata, writes of van Gogh’s sunflowers: “Life would not have stilled / had there been water in the vase” (“Tournesols”). These cryptic idioms of Sengupta never fail to baffle. The poem’s context does not grant explication of the verse, but that is how Sengupta raises awareness of the subject. Here we see an ekphrastic poem that calls to mind vivid interpretations.

Sufia Khatoon concludes the collection with exotic verses such as “The Pomegranate Tree.” Here she reflects on the oneness of nature and the harmony of being. This theme is perfect for stitching a collection together. She writes with holy empathy, “The exhaustion of loving a displaced body / is only known to the swarming dragonflies.” The adjacent line reads, “Sleep in me when you haven’t found ‘belonging.’” The poet expresses deep empathy for creation and those she recognizes as outcasts within society. Her lines suggest that anyone may find themself without a sense of belonging because it is not a permanent state but a referential point of being. 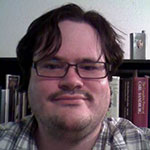