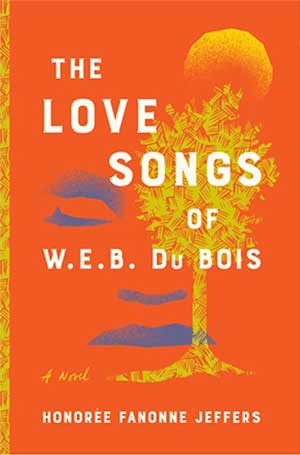 The Love Songs of W. E. B. Du Bois, Honorée Fanonne Jeffers’s first novel, is textually connected to the works of Harriet Jacobs, Zora Neale Hurston, Alice Walker, and Toni Morrison, to name a few. Forthcoming from HarperCollins on August 24, the novel recounts the stories of the women who saw the displacement and massacre of the Original People, the enslavement of Africans, the birth of a new nation, and the perils of the nation in modern times. The story is told alternately from the perspective of the Original People, an omniscient narrator, and individual characters. Deceptively, though, it begins with a boy, an African who finds his way to a Creek village. It also employs passages from the works of W. E. B. Du Bois to guide the reader’s thinking throughout various time periods and the action of the novel. Through the many generations of people who mostly inhabit the area in central Georgia, the author demonstrates just how interrelated people have become and at what cost.

The novel is actually a judicious study of American history that humanizes its participants through exploration of their stories. The narrator reveals early that “the original transgression of this land was not slavery. It was greed, and it could not be contained” (4). So it begins with a village of Creek Indians and intertwines their fates with abducted Africans, mestizos, and whites. The story moves back and forth between the beginnings in the village of The-Place-in-the Middle-of-the-Tall-Trees to the land’s conversion to the Wood Farm (after the Civil War) and to the Wood Place in the present day—the inhabitants of which are the descendants of the original people, the whites, and the Africans who peopled the plantation. Reminiscent of both Alex Haley’s Roots: The Saga of an American Family (1976) and Yaa Gyasi’s Homegoing (2016), the novel captures the spiritual resilience of African American women. The author herself calls it her “feminist novel.” It is an amazing first novel for the poet.

Central to the massive work is the character Ailey Pearl Garfield, the independent twenty-first-century graduate student studying in the department of history at a prestigious southern university. At the start of the novel, the People announce, “We knew this woman before she became a woman. We knew her before she was born: we sang to her in her mother’s womb. . . . And now, we go back through the centuries to the beginning of her line” (3). Ailey is a complicated but relatable character who undertakes a journey, much like Hurston’s Janie Stark, to discover her worth, freedom in sexuality, and family ties. She is also an academic detective—first researching the “The Weeping Time,” during which the largest slave auction in US history is held in Savannah, Georgia, and then researching her own ties to a white family, the Pinchards. Her research leads her to revise Harriet Jacob’s famous quotation on the plight of enslaved women, when she discovers, “boys and men were not safe from the master’s reach, either” (693).

She is aided in her quests by a great-great-uncle, Uncle Root, an educated character who, through his name and keen mind, brings to mind the work of Alex Haley. Though he maintains he is not a feminist, when he marries, he takes his wife’s surname. It is Uncle Root who introduces her to the history, legends, and teachings of Du Bois, whom he refers to as the Great Scholar. It is also Uncle Root who proves to be the Phoebe to Ailey’s Janie.

Jeffers unravels the stories using several different styles—the stories of the Creek and the stealing of their land, their removal, and the subsequent fate of Blacks left to work the lands are reminiscent of resistance narratives—with the subheadings describing the action to come in each section. The first-person narratives of the contemporary characters—especially the sisters Ailey and Lydia—are especially well done, and the voice of the poet is easily detectable in both dialogue and descriptions. At the end of each section, a cliff-hanger is inserted. Dreams as a way of knowing are also a feature of the book, and it is this—to borrow from Toni Morrison—“discredited” knowledge that supports the urgency of the story.

Additionally, the author does not shy away from the difficult topics of the domestic slave trade, incest, pedophilia, misogyny, color consciousness, classism, passing, and violence. In the section “How a Man Becomes a Monster,” Ailey’s ancestor who would become the master of the Wood Plantation is assaulted by his father, an incestuous pedophile. Adam Pinchard takes his son to the barn to molest him on some nights, and he takes one of the boy’s sisters on others. His son Samuel hopes that “the Negro” who sleeps in the barn will save him. Failing that, he hopes his mother will. On one particular night Adam screams for his mother:

. . . Joan appeared at the door that opened from her bedroom to the kitchen. Her face was utterly perfect, lit by the candle she held. Samuel reached his hand toward that light. He cried her name—Mother—and Joan stepped back and shut the door. (405)

Jeffers implicitly invites the reader to entertain the question, What does it mean that neither the male slave nor the mother could save Samuel from his father’s rape? Every imaginable type of human being is in this work. Samuel would go on to develop into a monster of a man, the master of the Woods Plantation. Of him, the narrator observed, “safety was an illusion, for every Negro—in the big house, in the Quarters, and in the left cabin. . . . And all of them were at the mercy of a capricious, evil man” (597).

Jeffers’s novel is immensely interesting, poetically rendered, inclusive, and honest. The work is a true achievement. 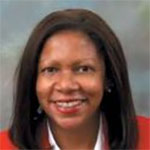 Adele Newson-Horst is a professor of English at Morgan State University (MSU) in Baltimore. She is also the coordinator of Women, Gender, and Sexuality Studies at MSU. She earned a BA from Spelman College, an MA from Eastern Michigan University, and her PhD from Michigan State University. Her books and articles focus on the literature of African, African American, and Caribbean women writers. She is also the vice president of the Henrietta Lacks Legacy Group (HLLG). She regularly reviews books for World Literature Today and Academic Choice. Among other publications, she has published two edited volumes on Egyptian novelist and physician Nawal el Saadawi: The Essential Nawal El Saadawi: A Reader (Zed, 2010) and The Dramatic Literature of Nawal El Saadawi (Saqi, 2009).