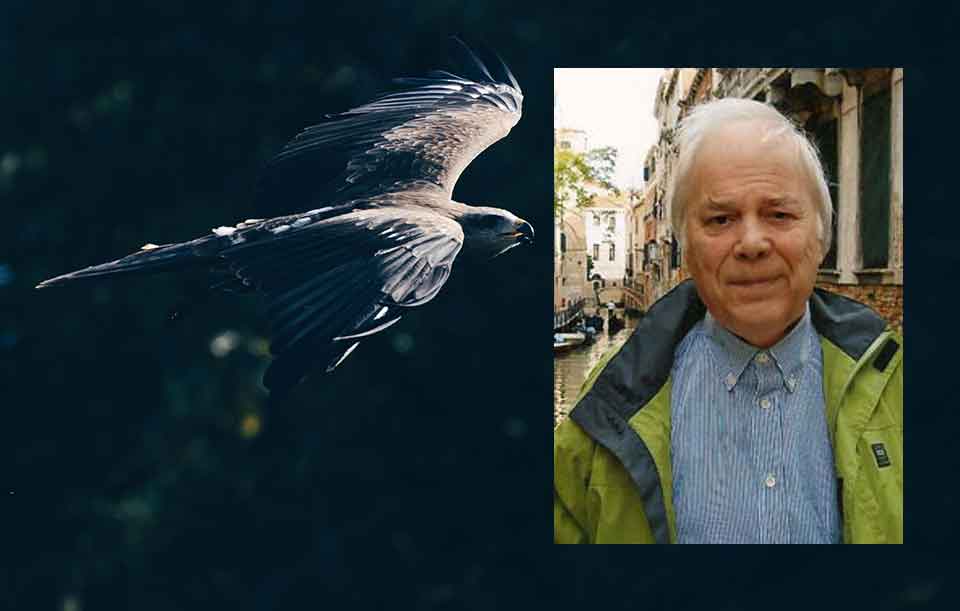 The Poem to the Poet

Erase again! Farther lead this rhythm
To capture the cloud and the ploughshare,
Slow is the night that looks through your eyes.
Watch for things and let them entrap you
Like the mirror traps the glaciers’ bird.
Embrace the page, you must be born again,
One jamb at a time, word by word, body to body,
Not in the lightning but in the sequence of the dream.
I am not where you bear down, I am the segueway
Between secrets that are blind to each other
And expectations’ heights.

With this poem from the volume Délébiles, Simon Watson Taylor and Edward Lucie-Smith opened their 1972 anthology of French poetry, French Poetry Today: A Bilingual Anthology. Lucie-Smith’s translation bears a gracefulness that is echoed in the preface where both editors expound upon nineteenth-century French and British poetry yet appear tongue-tied about the merits of the younger poets whom they included in their anthology. True, the present is always difficult to analyze and its directions unfathomable. When he wrote “The Poem to the Poet,” Marc Alyn had not yet experienced the liberating presence of the European South nor its southeastern borders all the way to the Middle East. The chiseled, prismatic conciseness of his words was not yet fully discernible to British scholars trained in the classical poetics of pre-1945. Today, with Alyn’s lifework in front of us, it is easy to trace passion, lightness, and light from his early poems to their maturation in the later poems. All reveal an inextinguishable yearning for purity and, with minimalist precision, fuse the infinite and the minuscule. This is the spirit that I have attempted to capture in my own translation of the poem. It is the same sacred, weightless, timeless counterpoint that fills the music of J. S. Bach and jazz melodies with transcendence.

Today, with Alyn’s lifework in front of us, it is easy to trace passion, lightness, and light from his early poems to their maturation in the later poems.

Today, Marc Alyn is a confirmed poet who received the 1957 Max Jacob Prize at age twenty for his first poetic volume, Liberté de voir: Le Temps des autres; the 1973 Prix Apollinaire for his poetic volume Infini au-delà; the 1994 Grand Prix de Poésie de l’Académie française and, the same year, the Grand Prix de la Société des Gens de Lettres for his poetic volume Les Alphabets du Feu. In the new millennium, his lifework was crowned by the Henri de Régnier Prize in 2005 and the Goncourt/Poésie Prize in 2007. Soon there appeared the integral publication of his poems from 1956 to 2011, La Combustion de l’ange, followed by the totality of his oneiric prose poems from 1957 to 2005, entitled Prose de l’intérieur du poème. Three new publications complete this panorama of his work: Le Centre de gravité: L’intégrale des aphorismes, published in 2017 with a very handsome cover by artist Pierre Cayol; and two volumes published in 2018, the definitive edition of Les Alphabets du Feu, and his memoirs, Le Temps est un faucon qui plonge. For these three volumes in particular, as well as for the totality of his work, Alyn received the 2018 Grand Prix Léopold Sédar Senghor from the Cénacle européen de poésie, arts, et lettres.

Given this pedigree, it is surprising that no American translations of his work have appeared since the two poems published in the 1972 anthology, except for the 1973 translation by Francine Barker of his book The Big Supposer: Lawrence Durrell—A Dialogue with Marc Alyn. The only review of his work in the English language appeared under the pen of Robert Holkeboer in 1972. Holkeboer’s review was as cautious as Taylor’s and Lucie-Smith’s appraisal, singling out Alyn “as an example of the French man of letters entering middle age and experiencing the harrowing vicissitudes of critical neglect and an economy hostile to the arts, not because he is a neglected genius but because his case is typical of dozens like him” (“Marc Alyn,” Books Abroad 46, no. 3 [Summer 1972], 422–25). The quiet yet enduring prominence of Alyn in French letters has proven these assessments wrong, and a reappraisal of his lifework is in order as the poet enters his eighty-second year. An out-of-print publication, Marc Alyn, Mémoires provisoires: Entretiens avec Marie Cayol (2002), is a must-read work in that respect. A poet, ethnographer, professor of literature, translator, and wife of renowned artist Pierre Cayol, Marie is also an attentive and caring reader. Her dialogue with Alyn reveals his poetic démarche and highlights key issues in his creative démarche.

Alyn always relied on his instincts, kept probing the depths within himself, and drew deeply at the well of the Italian Renaissance and Greek and Near East antiquity, which provided him the cultural support for his work as passeur of poetic wisdom.

Marc Alyn has a rich literary trajectory: poet, prosateur, critic, sage, he has written in many registers. He has published twenty-six volumes of prose and twenty-two volumes of poetry. Moreover, he has participated fully in the literary life of his times, not just by his writings but by his work in support of literature. At age seventeen, Alyn founded the literary magazine Terre de feu. In his early twenties, his poems were sung by Serge Reggiani and Jean-Louis Trintignant. Conscripted during the Algerian War, he worked as a journalist in Algiers for the military newspaper Bled, which he called a school for poets and writers. After his military discharge, he became a poetry critic for Arts and Le Figaro and led the poetry series of renowned publisher Flammarion. During this time, besides poetry and articles, he published essays on François Mauriac, Dylan Thomas, Géo Norge, Gérard de Nerval, Srečko Kosovel, and the new French poetry as well as countless articles and reviews. Health concerns forced him to slow down his activities after 1994, yet he remained very prolific in poetry (L’État naissant, L’oeil imaginaire, Le Miel de l’abîme) and in prose (Le Piéton de Venise, Paris point du jour, Approches de l’art moderne, Monsieur le chat, Venise démons et merveilles, and Anthologie poétique amoureuse).

Despite or perhaps because of Marc Alyn’s influence on French readers, his literary career was always countercurrent, always tuned in to the “elsewhere” sought by the poet. This existential independence can be seen in his youthful poetic apprenticeship under the aegis of the surrealist group gathered around the journal Le Grand Jeu that had been created in Reims in 1927 by Roger Vailland and that claimed to be heir to Rimbaud. A friend of François Mauriac, Pierre Emmanuel, and Lawrence Durrell when they were on the margins of Parisian life, fleeing the French capital for Provence, opposing Louis Aragon when the latter was at the zenith of his career, mentored by Jean Paulhan, close to Bruno Durocher, Marc Alyn never followed the beaten path. He always relied on his instincts, kept probing the depths within himself, and drew deeply at the well of the Italian Renaissance and Greek and Near East antiquity, which provided him the cultural support for his work as passeur of poetic wisdom. His integrity is evident in all his works, but especially in Alphabets du feu. A register of the sacred, this volume translates the fireworks of imagination in a language that transcends mortality. Labeling himself a “wandering scribe” some forty years after writing “The Poem to the Poet,” Alyn today gives us a new take on poetry:

Breath! swell rising from the deep to conquer the skies
fierce and jubilant
inaugural tongue of the word-ocean
verb restored to primal wildness
endowed with the power to engender each form
through embraces and stridencies.

Breath! intensity vehemence seed
shaking of the universal soul
walking toward the nuptials of salt. (171)

In “The Lai of the Poem,” Marc Alyn sums up his literary heritage with quasi-sardonic humor in the perennial dance of the poet with his double:

I bestow the fiery softness of my vowels
to this distant princess
who liked to whisper in my ear
about a sleepy rose garden
and I felt intense ecstasies
as her tongue touched my song
like a wing.

To the reader I cede all rights to
this mirage-like castle:
gallery of mirrors where memory gathers
a thousand billion reflections
speech endlessly reproduced by speech
game of echoes where the double births its likeness
and melts within itself
inexhaustible and one.

To the enemy poet who (they say) birthed me
I give death:
I terminate my master.
May he partake of glory or oblivion far from me
(I might live endlessly in his stead)
may he sleep under the flowers assured of my watch
(I who like but my own flavor)
poet slain by his very poem
reaching the eternity he coveted
thanks to this final, sharp, blasphemous jab
that I thrust herewith into his heart. (152–53)

Translations from the French
By Alice-Catherine Carls