New Zealand may be best known to many as Middle Earth (and that’s not a bad rep to have), but the country has much more than just the snowcapped Pass of Caradhras or Mount Ngauruhoe, (aka Mount Doom). Beyond the jaw-dropping scenery, New Zealand has a rich literary and cinematic history, all infused with Māori culture.

One of the best ways to see New Zealand is by starting on the North Island and traveling down to the South, hitting the three major cities. Begin in the North in Auckland, the largest urban center. See the city from the top of the famous Sky Tower or take the ferry over to the island suburb of Devonport (home of artist Lorde) and explore the tunnels of the historic Fort Takapuna.

Then travel down to the bottom of the North Island to the capital of Wellington. In Wellington, be sure to visit Weta Studio, which has done the props and special effects for dozens of worldwide film productions, or see the view from Mount Victoria.

Ferry across to the South Island and go to Christchurch. You can’t miss Cathedral Square in the heart of the city, home to lots of public art and the ChristChurch Cathedral, which was damaged in the 2011 Christchurch earthquake and has been slowly undergoing renovation.

Outside of the four major cities, there are hundreds of picturesque towns scattered around the islands, all with their own hidden charms. Check out the geysers in Rotura or ride the Interislander Ferry between Wellington and Picton. Go to Kaikoura and find the seal colony as you walk along the shore. There’s tough competition, but Cathedral Cove in Coromandel may be one of the most beautiful beach locations. And if you’re a Lord of the Rings fan or want to enjoy a walk through a pristine “shire,” the Hobbiton film set in Matamata does not disappoint. Enjoy a pint at the Green Dragon Inn, and remember to duck your head while looking inside the hobbit holes! And of course, don’t forget to keep your eyes out for two New Zealand staples: the New Zealand All-Blacks, the world-famous national rugby team, and the kiwi, the national bird.

Waiariki is a collection of short stories about the Māori, the Indigenous Polynesian people of New Zealand. It was Grace’s first work and the first short-story collection published by a Māori woman. Grace was awarded the 2008 Neustadt International Prize for Literature from World Literature Today (see WLT, May 2009).

This poetry collection is by another trailblazing Maori writer, J. C. Sturm, one of the first Māori women to get a college degree in 1949. Along with exploring Māori identity, many of the poems in Dedications are about Sturm’s grief after the death of her husband.

Margaret Mahy is New Zealand’s most renowned children’s author. She received the 2006 Young People's Hans Christian Andersen Award by the International Board on Books, which is given to living authors who have “made a lasting contribution to children’s literature.” Alchemy is about two seventh-graders, one of whom is studying alchemy. The book won the Best in Senior Fiction category at the 2003 New Zealand Post Book Awards for Children and Young Adults. The judges noted that the book “succeeds on several levels, incorporating some fairly erudite philosophical concepts, but Mahy, as usual, wears her intelligence lightly, and never loses sight of the characters’ humanity.”

For the definitive chronicle of New Zealand’s history written in an accessible manner, The Penguin History of New Zealand can’t be beaten. From the country’s first inhabitants to British colonization to the modern era, Michael King’s work is comprehensive, fascinating, meticulously researched, and surprising at every flip of the page.

This hysterical comedy follows Ricky (Julian Dennison), a rambunctious teen, and his foster father, Hec (Sam Neill), as they hide in the New Zealand wilderness from the authorities. Watch for the gorgeous landscapes and quirky script; stay for the tender father-son storyline.

Whale Rider, based on the 1987 novel of the same name by Witi Ihimaera, tells the story of Paikea, a twelve-year-old Māori girl who wants to become the chief of her tribe but faces resistance from her traditional grandfather. Actress Keisha Castle-Hughes became the second-youngest actress ever nominated for a Best Actress Oscar for her performance. 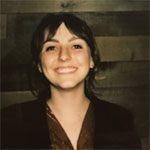 Madeleine Dorst is an intern at WLT and an undergraduate at the University of Oklahoma studying English writing and nonprofit administration. In her free time, she enjoys watching movies, playing board games, and long, meandering walks.