Postcards from the Border

Photos by Lucia Duero
“Postcards from the Border” contemplates the southern Mexico–Guatemala border, where the biggest detention center in Latin America is located. The author makes a parallel with her own border of languages that she crosses in every word.

I wonder what really brings me to this hub of chaos, commerce, heat, corruption, danger, hope, confusion. Do they belong to the place, or to me? Are we reflecting each other?

This text is being written in English, but I know not why, for its experience comes from Spanish. I, too, speak from the border of my languages.

It’s the language that brought me to borderlessness as I swiftly move from one word in Spanish to another word into English, through Slovak, finally landing in a sentence, for a while.

A little Guatemalan boy looks around in search of a customer. He approaches me and offers me a candy, in Spanish. This part of Mexico used to be Guatemala, and this boy, like many others, ignores the geopolitical realities of his own time. In 1881 President Justo Rufino Barrios attempted for the last time to regain the region of Soconusco and the state of Chiapas for Guatemala but failed, and in 1882 Guatemala permanently renounced the rights to these territories in favor of the United States of Mexico. The northern border of Mexico has a similar past, where in 1848, after the Mexican-American War, known in Mexico as the “American Intervention in Mexico,” Mexico lost nearly half its territory, nowadays the states of California, Nevada, Utah, New Mexico, Texas, and parts of Arizona, Colorado, Wyoming, Kansas, and Oklahoma. Nearly all of them bear Spanish or indigenous names today, but the meaning of the names is no longer visible, it’s lost in time. Languages still cross one another; Spanish is an everyday reality in border states.

What’s the name of this nine-year-old boy? He undertook the journey to earn and save money and to return to the place he doesn’t call a country when school or harvest begins. He does not use terms like Mexico or Guatemala. He crosses the river Suchiate at a 956-kilometer-long border between two countries, on the Mexican side with the states of Chiapas, Tabasco, and Campeche, on the Guatemalan side with the districts of San Marcos, Huehuetenango, Quiché, and Petén. This border is the place of most of the trade between Guatemala and Mexico, and the entirety of Central America.

America is a continent, not a state, but the choice of words subconsciously reveals other realities.

This border is also a home to the Maya civilization that used to inhabit the territories of Mexico, Guatemala, Honduras, Belize, and El Salvador. And languages? Until 2003 Guatemala officially recognized the existence of twenty-two Maya languages, while Mexico formally approved another eight Maya languages. It’s the only border that has no language.

How does a child cross a border? We don’t know. He does not reveal, nor do the others. Did he pay a trafficker? Was he lucky enough that he wasn’t kidnapped or killed or sold for organs or prostitution? He is here, he became the master of the street, he even owns a trolley to carry his candies.

Karla, who brings food to children in ecological containers twice a week, is one of the few to leave the traditional ideology and education of the noneducated. She serves them food, organizes weekend recreational activities, and understands that preaching about the need to visit a school to a working nine-year-old boy helping a family survive is out of his reality.

Then there are others who are stuck in the biggest detention center in Latin America. “Not a day passes that I do not see an American official over there,” comments one of the researchers of an NGO working in Tapachula, clarifying who is the boss of this border.

Speaking against the network, you always risk a bullet.

And who are these people? What are they looking for? A family escaping from the misery of the warlike situation in Honduras, currently one of the most dangerous countries in Latin America, full of crime built on the ruins of military dictatorships and foreign interventions. When foreign interventions are being discussed, it refers to the American ones—in English, in Czech, in Slovak, but in Spanish, estadounidense—as American is the abducted name of the entire American continent, the word appropriated by the United States of America. America is a continent, not a state, but the choice of words subconsciously reveals other realities.

None of the translations means anything specifically: American should refer to the whole of America, that is to say, no specific place. Estadounidense is an adjective from los Estados Unidos (United States). We do not have a translation for the word by which the rest of the American continent calls the USA.

And after them, Guatemala. Or El Salvador. Postwar, again.

Another image from a postcard: hours pass by and a family awaits its documents. Meanwhile, the director of the shelter they stay in faces death threats, for he dares to denounce local authorities involved in human trafficking. He managed to incarcerate a few, but they were soon released. The networks are wide and fishes are quick. Speaking against the network, you always risk a bullet. One of the tough realities of Central America.

The southern border brings you to Mexico from the center, Mexico brings you toward the north, slowly, gradually, or turns you back to the center. If you manage to cross the southern border, you have passed the first obstacle and can board the death train (death, again), also called La Bestia, the Beast. Well, to board is not the right word. It’s rather a postcard where you look directly at the camera, with no seat reserved inside the train.

Information is a property to capitalize. To not have information is to be outside the capitalist system, being devoured by the predator.

I noticed I switched into Spanish, I did not notice I crossed the border, and I did not feel the river underneath my words either. Like a crossing from Guatemala into the village Frontera Hidalgo in Mexico.

And what happens if you are stuck at the border? What do you hope for? The postcard from here: to live a life out of the ultimate danger of being killed, kidnapped, starved, or living under constant threats.

But if you are younger than eighteen and you get asylum in Mexico, for some also want to stay in Mexico, what happens next? Nothing happens. Perhaps you will have a residency permit in your pocket if you had enough patience to wait for months in case you have been granted one, and if it wasn’t stolen from you. Undocumented immigrants face various traps, not only on the street, but also from local authorities. Impunity for crimes and offenses is one of the hallmarks of Central American politics. Networks.

“We feel we are being humiliated,” local women relate about their experience when visiting the governmental offices. Of course they are being humiliated; that’s what happens to you if you are not white and live in Central America, if you do not have access to whiteness, which shines through the receptor cells of those who deal with your demands. And you are poor, too, and a woman. Oh, dear. Better go home because you will only get depressed and will hardly get something done. And kids and work are waiting for you at home.

According to research conducted at the border, the majority of indigenous women do not consider themselves as doing work, even though they contribute 40 percent to the monthly household income through different little jobs. But they are not aware of that; it is the husband who makes money. Information.

The southern border is in the center. Then, the center is between the south of passing and the north of arriving.

North, what to say about the north? You cross from Central America to the north of America. You may arrive, sometimes you may even cross to your talismanic land. And then, then you know the story. I am only telling the story before the north.

I look at the boy and ask myself, What do we reflect in each other?

The border of my languages crosses itself in every word, for what is a border if not a chance to cross? 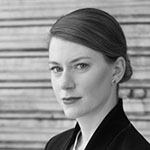 Poetic Points of Being in The Kolkata Cadence

Our society is increasingly global, and the era of Covid-19 is no different. We may forget our localities and the importance of community in...
June 9, 2021 | Dustin Pickering
Fiction

The Most Beautiful House in the Neighborhood

Photo by Peter Boccia / Unsplash After renting a room in an Indian family’s house in England, the Croatian tenant becomes privy to one...
June 7, 2021 | Kristina Gavran
Poetry

Poetry and Nursing in the Filipino Diaspora: A Conversation with Romalyn Ante

Photo by Oluwaseyi Johnson / Unsplash I was lucky to meet Romalyn Ante when I was invited to read at a virtual event organized by R. A....
June 2, 2021 | Marianne Chan