A Residency in Banff

I arrive at the Banff Centre on a Wednesday afternoon. It’s my first time in North America. There’s a warning in the hotel lobby about bears. Only walk in groups, it says. I am a New Zealander, living in Germany. I’ve never met a bear.

I catch up with others from the program, and we take a walk (in a safe group) through Banff township and along the Bow River. It’s like a caricature of Canada, like a tourist brochure. The river is a cloudy turquoise. Pine trees tumble thick and green down from the sweeping hillsides to the valley floor. On the river are three canoes, in a row, paddling serenely with the current.

My novel-in-progress is set on a high-country sheep farm between Opotiki and Gisborne, North Island, New Zealand. My protagonist, Susan, is a loner with a deep affinity for the land and the desire to avoid as many people as possible. I’ve been writing this novel for years, in various forms and with different secondary characters and stories.

On my first morning in Banff, I lie awake at 5 a.m., jetlagged and thrilled at having a quiet hotel room all to myself. The first light creeps in past the blinds, and a group of laughing students pass beneath my window. I think about Susan. I like it best when I am absorbed by her and by the novel. It is a rare privilege to stay “in it.” To wake up to her, instead of school runs and lunchboxes. It’s winter on Susan’s farm, and her solitude has turned into loneliness for the first time.

My cell phone rings. It is my daughter, calling from our downstairs neighbours’ house. It is 3 p.m. there and she has forgotten her house keys. “Call Papa for me,” she says. “I’ve got to get home; I’ve got so much homework.” She is almost eleven, and in the one year since our move from Singapore she has become a fluent German speaker. Her struggle is catching up with her classmates’ ability to work quickly and with focus. She is a dreamer, like her mother.

In Hamburg, autumn has just reached the tips of the trees, the first wash of orange-yellow, the first piles of leaves are damply rotting beneath the parked cars. The apple orchards, an hour south in Altes Land, are kicking into gear. By the time I return, our Friday market will be overflowing with local varieties—Elstar, Jonagold, Delba—and boxes of freshly pressed apfelsaft.

On Thursday in Banff, we spend an hour workshopping a chapter of my novel. The new cohort are new to Susan and her story. I am happy with the workshop gag rule, happy to write notes and listen to the group and see how things have landed. They “get” Susan, they see her loneliness. They think I must have a horsey background, which I don’t—I just spent a long time on Horse & Hound forums and YouTube researching heart disease in horses, and how to dig a large hole. The compliments I store away inside for those frustrating days at my dining table, an 8,000-word deadline two weeks away and just a skeleton of words on the page in front of me. I pick and choose what to take on board of the critiques. Susan has been alive for years before this slim chapter.

They think I must have a horsey background, which I don’t—I just spent a long time on Horse & Hound forums and YouTube researching heart disease in horses, and how to dig a large hole.

Outside our windows, Banff is in its blue-sky, September glory. Massive pots of pink petunias hang at the bottom of our building; the surrounding mountain faces are stark and close.

In the afternoon we discuss the Québécois literature scene with Catherine Leroux: the history of the francophone community, the influence of the Catholic Church. I note down Jocelyne Saucier’s And the Birds Rained Down—I am hungry for books about recluses.

This past summer I flew to New Zealand for a brief trip—to celebrate my father’s seventieth birthday and see my mother after a long illness. It was winter in New Zealand. Throughout the trip I made notes in my phone:

It’s easy to forget the subtle intonations, the slangs and the mannerisms of home, when you’ve lived away for sixteen years. My kids called my father “G’day, Grandad” when they were little. When he facetimed us, his face would loom large on the screen and with a huge smile he would always say, “G’day!”, his love beaming right through the pixelated screen at them.

Susan’s father, Jack, died five years before the current action in my novel. He is a silent, tough man, but I can’t help but pepper him with details of my own father. His jacket, his dressing gown, his wrinkled hands. Jack’s “G’days” are subdued, low in tone. He’s not one to beam.

On Saturday, in Banff, we head out for a day trip to see the local glacial lakes. It feels good to walk after days inside, and the weather is perfect. Our group of transnational misfits, as we have named ourselves, scatter round a lookout point to do a writing exercise, modelled on a W. G. Sebald extract.

Our group of transnational misfits, as we have named ourselves, scatter round a lookout point to do a writing exercise, modelled on a W. G. Sebald extract.

“On one of the excursions,” I write, “I visited Lake Moraine—a lake that isn’t, in fact a moraine lake. It was coloured a dazzling blue from glacial silt that washed in from the peaks above. On the lake, three canoes drifted smoothly, the bows high in the water. In one, a small child chattered and waved her arms, her faded red life vest enveloped her chin and ears. Their canoe turned in a gentle circle in the blue water, sending ripples outwards. High above them, the hulking mountaintops were layered with shale and sandstone, lines of grey and brown, with a few scraps of snow. Ten peaks surrounded the lake, like ten sisters holding hands.”

That evening Charles Foran talks to us about literature that stays rooted locally, and in the land, versus literature that takes a more outward, restless view. What can these approaches mean for a nation’s identity? I have been away from New Zealand for years but have never been able to set my fiction in my homes of Mumbai, then Singapore, and now Hamburg. Writing New Zealand stories helps me feel like a part of New Zealand when, really, that part of my identity is slipping. There are many cultural figures and moments that have passed over my head. Major events—earthquakes, tragedies, politics—that I am separate from. I don’t recognise the stars on TV, the music, or the latest slang.

At the beginning of my novel a large earthquake rocks Susan’s farm and the surrounding region. In February 2011, when Christchurch was devastated by a massive quake, I sat in my living room in Mumbai feeling guilty for being safe. Growing up in Wellington, we all lived under the threat of “the big one could come any day,” but when it came, it wasn’t in Wellington, and it didn’t affect me.

On Sunday morning I wake up at 6 a.m., fill the coffee pot, and write. The sky slowly lightens outside my window. I’ve been seeing a beautiful bird around the Banff Centre—it has blue, white, and black feathers. I google it—a magpie, though nothing like any magpie I’ve seen before. New Zealand magpies are bigger, with a short tail and none of those dark blue feathers. My primary school had a resident magpie in the farm out back. We used to run cross-country races there but would have to reroute whenever the magpie had chicks in the nest. It would become fiercely protective and dive-bomb the heads of all us kids running past. It was terrifying. The Banff magpie has shaken loose this memory, so I spend the morning writing it into Susan’s world.

In March this year, the MFA program met in Hong Kong; next year we’ll go to Lisbon and, in August, for a “home” residency at the college in Montpellier. In the meantime, I’ll walk through the Ohlsdorf Friedhof in Hamburg, imagining the trees are New Zealand natives while the grass stretches away from below my feet to the gentle hills where sheep graze.

This MFA gives me a community that feels like home. Writers and translators who know what it is to question identity and culture, who are curious and global. They embrace Susan, who is hyperlocal, and amongst them, listening to the stories of the faculty, I come to understand how Susan’s slow arc—from stoicism to loneliness, to back, to a kind of balance between the two—will work. With one day left of the residency, with rain in Banff finally falling, and with a semester of around thirty thousand words of writing ahead of me, I can finally see the wondrous glimmer of possibility that this novel will one day, soon, end. 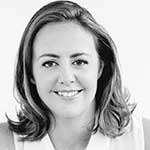