Songs of My Foreign Accent 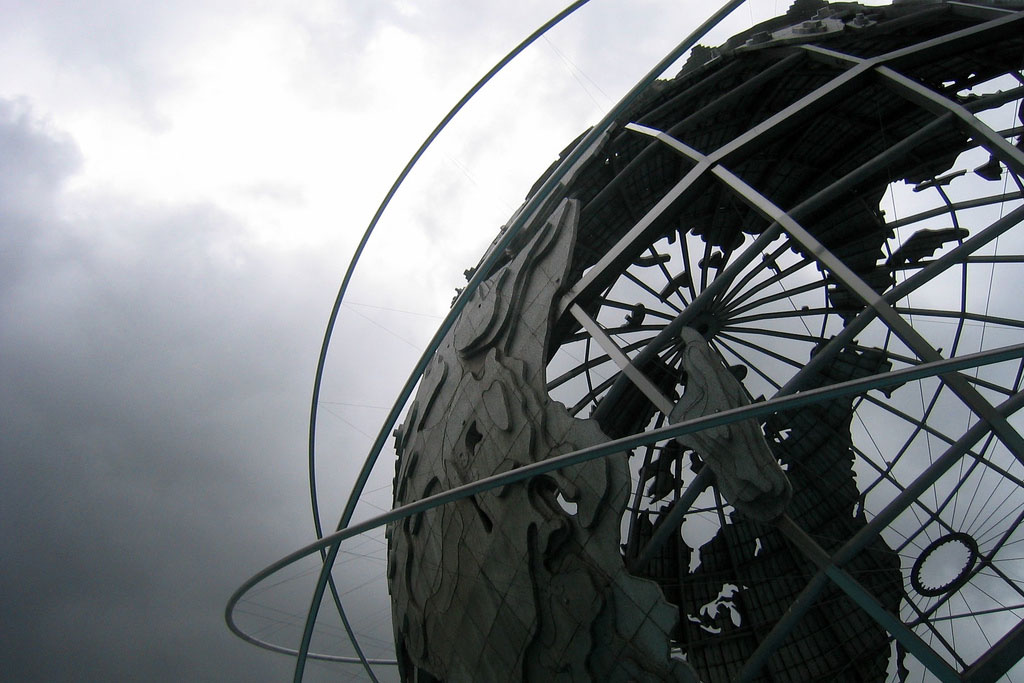 The following is a transcription of the author’s TEDxCoMo talk given on May 31, 2017.

My accent is important to me because it connects me to my roots, and to my many identities. One of my top identities is that I love, love language. I get up in the morning because I love language. And I am an author.

When I was three, a war happened. And I got separated from my family. We got reunited in the morning, but I lost my sense of safety in the world. We also lost our country. So we became refugees in our homeland.

One good thing that happened during the war is that, at a war shelter, on a chalkboard, I met alef, the first letter of the Arabic alphabet. And I began my journey of loving words.

For nineteen years after that war, I lived with no citizenship in the country of my birth; with no human rights; constant fear. I asked myself: How come people don’t create two-story countries like we create two-story houses?

At age twenty-two, I came to America—an immigrant. I noticed that most people don’t know very much about Palestine, the Palestinians, and the Arabs, even though everyone uses Arabic numerals. The connection is not made that the Arabs have contributed greatly to human civilization.

I felt homesick. Health insurance doesn’t cover homesickness. So I bought a globe.

(Pointing to the globe)

In the morning, I pointed to where Palestine is and said: Sabah El-khair, good morning.

It occurred to me that the globe spins; the Earth goes around. And it has an atmosphere that is filled with air. Given this fact, the aroma of roasted coffee in Ramallah, the aromas of my mom cooking in her kitchen, the sounds of the calls for prayer, my favorite singers Abdel Halim, Um Kolthoom, Fairuz, all their voices go up to the air. The fact that the Earth goes around, I get to touch the air of Palestine once every twenty-four hours . . .

That changed everything for me. And I leaned on my big love, language. Now not Arabic—English.

I developed beautiful relationships with five words. The first word is perspective. It started in the nineties when NASA launched the Hubble telescope. The Hubble is supposed to take different pictures from different perspectives so that we can understand space, and ourselves. I discovered that my identities do the same: I can understand anything from Palestinian identity, Arab identity, Muslim identity, woman identity, American identity. . . . Wow! Hubble living! I wanted more identities, not less.

Every time I say Palestine, many people put up the verb “ignore.”

I wanted to engage this word. So I wrote two books: One about my childhood in the war, and one about coming of age in Palestine. I wanted to tell the world: Stop ignoring us! We are part of the house of humanity.

That took me to the third word, which is integrity. I understood integrity in a different way. I thought it comes from calculus. The Arabs contributed a lot to calculus. The area. Integration: we take different things, different perspectives; we do not ignore anything; you have integrity. Everybody wants to have high integrity. With a lot of ignoring, it’s really low integrity.

That moved me to the next word, number four, respect. All people want to be respected all the time. When I first encountered this word I thought: hmmm. Spect is like perspective, about seeing. But why is the re? re-spect? It turns out that people change every second, and one shot from the Hubble, one spect, is not enough.

So we don’t trust a person who gives us feedback if we think that person does not respect us and does not see us as multidimensional beings constantly changing in time and space. We say that person doesn’t respect us. They know us just from one angle. That’s not enough. That’s pretty much nothing. It’s like a picture on the wall.

When people asked me if Islam oppresses women, I didn’t want to respond without first respecting myself as a woman, and then respecting actually Islam. To re-spect myself as a woman, I realized that for a long time women were illiterate. They didn’t read or write. The Qur’an, the text of Islam, is a book. You must be literate in order to interact with it. But now I have two languages, many identities, educated, and my number-one love is language. And this is a book. A sacred book—a book.

So, I took myself to this text. And I opened it. The first thing any Muslim says when they open the Qur’an is: Bissm Allah Al-Rahman Al-Raheem. In the name of God, the most compassionate, the most merciful.

Compassionate; merciful: the top qualities of God in Islam. There are ninety-nine qualities. Actually, many more. But the ones everybody mentions are ninety-nine. Compassionate, merciful, from the “spect” of English, they look like different words. When I looked at it from Arabic—I am wearing this.

Al Rahman, Al Raheem, are Semitic words. All Semitic words have roots. Their root is Rahema. It turns out from my “specting” as a woman, as the person I am, Rahema is also the same root of the word womb.

The top two qualities of God in Islam share the same root with the word for womb.

The top two qualities of God in Islam share the same root with the word for womb. Womb, Rahem, means a close relation, a place of compassion, also many other words, but womb! I realized that it is impossible for this script to be coming to oppress women if this is the case.

I respected all of Islam. Looked at history, looked at life. Most likely the men “spected” this text from what they know, and offered it to the society. The “specting” of women, the re-specting, given what we know about ourselves, is different. To have integrity we must come together to provide complete respect of our understanding of this faith, and of everything. I decided to respect everything, all the time.

I decide to respect everything, all the time.

This took me to another word, number five, solution. We are constantly searching for solutions. I saw solution from the chemistry perspective. Well, solution, you take sugar and tea, that’s a solution. Two fluids together, that is a solution. I thought, wow, human beings are mostly made of water. When we come together we create solutions. And we indeed created amazing solutions for humanity when we came together. We’re mostly made of water, and we are social human beings. Social means we like to be together, just like water—every drop of the solution, every drop of water, respecting the other one.

I realized for integrity, for no ignoring, for re-specting all the time, for having solutions that work for all of humanity, we need to come together. The people who build walls, they ignore chemistry.

Now, I came up with a word for myself that I invented for the English language. For myself, but I am going to offer that to you. It’s not just solution, it’s a “soul-ution”, s o u l u t i o n. This “soul-ution” would include everything that is humanity, because we cannot ignore anything and still understand an “integrous” picture.

Soul-ution would include the spiritual realm—from faith, intense faith to intense atheism. It’s all the same: People struggling with that realm, the same continuum. Physical, emotional, spiritual, financial, political, everything is part of humanity for us to understand ourselves over time and space and not ignore each other and harm each other. We need to move toward a soul-ution!

My name is Ibtisam Barakat. I am a US citizen who has an accent. Thank you for your attention. 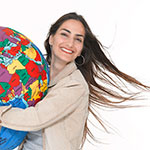