Songs of Protest from Bisbee and Los Gatos

Last summer, I spent July and part of August in a straw-bale house in Cochise County, less than half an hour north of Bisbee, Arizona, putting the finishing touches on my latest project, The Heart of a Stranger: An Anthology of Exile Literature (Pushkin Press, 2019). Sometime during the early part of my stay, I came across a ballad entitled “Bisbee” while rifling through old journals. “We are waiting, brother, waiting,” the poem begins, “Tho the night be dark and long,” before continuing to chronicle an act of mass expulsion:

We have seen the workers, thousands,
Marched like bandits, down the street
Corporation gunmen round them
Yes, we’ve heard their tramping feet. [. . .]
Yes, some brave wives brought us water
Loving hands and hearts were theirs.
But the gunmen, cursing often,
Poured it out upon the sands.

Then, as the poem draws near its end, the men, women and children are

herded into cars
And it seemed our lungs were bursting
With the odor of the Yards.
Floors were inches deep in refuse
Left there from the Western herds.
Good enough for miners. Damn them.
May they soon be food for birds.

It was unsigned, the only indication of the author’s identity their union card number, 512210. The poem had been published in the August 1919 issue of the One Big Union Monthly, the in-house journal of the radical union, the Industrial Workers of the World.

Bolshevik-inspired paranoia was in the air as the First Red Scare got underway, and, facing a sharp drop in copper prices, Phelps Dodge executives decided to break the strike by any means necessary.

The mass expulsion the poem referred to was none other than the Bisbee Deportation of 1917, when executives of the Phelps Dodge corporation, which ran the copper mines of Bisbee like a medieval fief, colluded with Harry Wheeler, the local sheriff, to deport over a thousand miners who had been on a peaceful weeklong strike for better working conditions. Many of the strikers belonged to the local branch of the IWW. Bolshevik-inspired paranoia was in the air as the First Red Scare got underway, and, facing a sharp drop in copper prices, Phelps Dodge executives decided to break the strike by any means necessary.

Their plan was ruthlessly ambitious: roughly an eighth of Bisbee’s population was to be exiled in a single morning. In order to arrange this mammoth expulsion, the sheriff deputized two thousand local gunmen from the surrounding areas of Cochise County, gave them white armbands and weapons, and unleashed them on the unsuspecting miners. The El Paso and Southwestern Railroad provided a dozen cattle cars for the operation, and following six hours of mayhem, from early morning to noon, 1,186 men, women, and children were loaded onto trains under armed guard and sent to Hermanas, New Mexico, two hundred miles to the east. Most Bisbee deportees never returned, while the few that did only dared to several years after the events in question.

Although Harry Wheeler and a dozen of his Phelps Dodge paymasters were later indicted on kidnapping charges by the federal government, the Supreme Court ultimately decided that Washington had no right to interfere and referred the matter back to the state of Arizona in the ruling United States v. Wheeler (1920), since kidnapping wasn’t a federal crime at the time. When questioned by Arizona’s attorney general as to the legality of his actions, Sheriff Wheeler replied that it had nothing to do with the law but rather with whether the striking miners were “American, or not.” As Wheeler told the attorney general: “I would repeat the operation any time I find my own people endangered by a mob composed of 80 percent aliens and enemies of my Government.”

While songs or books may never change the world on their own, the people who listen to them or read them, do.

As is all too common in the history of the labor movement, none of the individuals involved in the Bisbee Deportation of 1917 were ever imprisoned for their actions, and Phelps Dodge’s rule over Bisbee actually tightened as a result. Deportees who returned were denied work, while the unions were effectively shut out of mining operations. All talk of the deportation was quashed until the 1980s, when most mining operations ceased. Fortunately, however, “Bisbee” the poem has survived, and while songs or books may never change the world on their own, the people who listen to them or read them, do.

Earlier this month, back in California, I recalled the story of the Bisbee deportees when I had the good fortune to dip into a box set entitled The Social Power of Music (Smithsonian Folkways Recordings, 2019) and found myself engrossed in the first of its four discs, Songs of Struggle, which is studded with classic twentieth-century songs of protest such as “We Shall Overcome,” by the Freedom Singers; “If I Had a Hammer,” by Pete Seeger/Lee Hays; “Reclaim the Night,” by Peggy Seeger; and “El Pobre Sigue Sufriendo,” by Andrés Jiménez, as well as the IWW’s old anthem “Solidarity Forever,” which was written by Ralph Chaplin but sung by the inimitable Joe Glazer.

For the most part, many were songs that have been endlessly interpreted and performed, and known to the great majority of us. Nevertheless, the song I found myself most drawn to on that disc spent most of its early life on paper, having never been recorded by the artist who created it. The song had been inspired by a tragic plane crash in January 1948, when an Immigration Service plane crashed in western Fresno County in California, close to Los Gatos Creek, killing thirty-two Mexican citizens, all of whom went unnamed in subsequent media reports and were merely referred to as “deportees.”

Tim Z. Hernandez’s book on the crash, All They Will Call You (2017), reveals the song’s fascinating origins: “On hearing of the plane crash over the radio, Woody Guthrie sat down at his kitchen table and penned a poem titled ‘Plane Wreck at Los Gatos (Deportee).’ But nowhere is there evidence that Woody himself ever actually sang the poem. It was said that by the time the ‘worst crash in California’s history’ had occurred, Huntington’s chorea had taken the better part of his musical abilities. Because of this, his poem would go untouched for nearly a decade. No voices to sing it. No ears to hear it. It wasn’t until his closest friend, Pete Seeger, began playing the song in public concerts that the poem, and its message, finally gained traction. [. . .] Had it not been for the song, I would’ve never known about the plane crash in the first place. The song, by all definitions, was the beacon.” Beautifully performed by Sammy Walker, Guthrie’s “Deportee” is an impassioned critique of the migrant agricultural worker system that has turned the Golden State’s fertility into cash for the past hundred years, a “dream” kept alive by California’s farmworkers, 90 percent of whom still hail from Mexico and half of whom are undocumented.

Guthrie’s song begins simply, describing piles of fruit freshly plucked by workers who know they’ll be ejected from the US and back to Mexico at any moment, doomed to spend what little cash they earned to cross the border again when the next season of work requires their presence. Yet by the time it ends, Guthrie can’t help but wonder why agribusiness in California—which cheerfully calls itself America’s breadbasket—can’t find it in itself to operate in a manner that would allow its workers to be human rather than simply prospective deportees.

Although it is a cliché to say that art knows no borders, as the ethnomusicologist Deborah Wong pointed out in her essay “Global Movement,” “social justice is a global struggle, and the musics of social movements offer cross-border maps of interconnected hopes, values, and strategies.” Both card number 512210’s “Bisbee” and Woody Guthrie’s “Deportee” stand as reminders that the message often survives despite the loss of their author’s name or their author’s voice or fingerpicking ability. Still, in the best of all possible worlds, it would be ideal for them to be sung or read, hopefully by as many voices as possible. As Wong stresses, “singing with others can mean becoming part of something bigger than oneself [. . .] and that in turn can lead to a sense of heightened strength, ability, and possibility. When groups of people imagine and actualize community through song, a body politic can spring into being.” There’s no better moment than now to remember that. 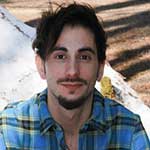