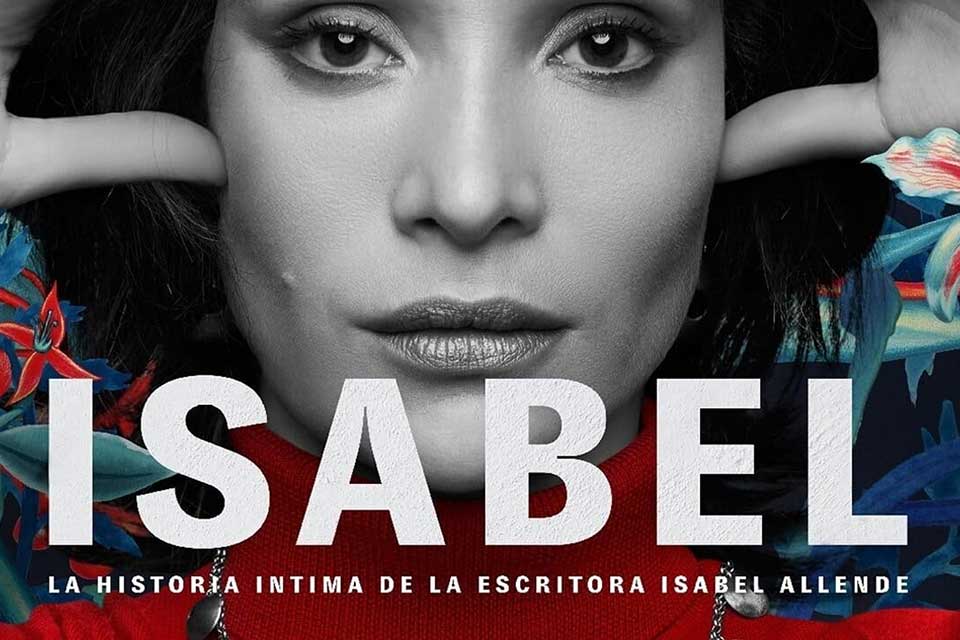 Chilean writer Isabel Allende is known for her fantastic, passionate novels written in the style of magical realism. She has published twenty-five books and sold more than seventy-five million copies, which have been translated into more than forty-two languages. As one of the most widely read Spanish-language authors, Allende has become a literary icon with a remarkable influence on both Latin American and world literature. Her literary works have been adapted for movies, plays, musicals, operas, ballets, and radio programs. Additionally, she founded the Isabel Allende Foundation in 1996 in order to empower women and girls worldwide. HBO’s three-part miniseries Isabel is a tribute to her life and accomplishments and adds a little magical realism to her own life story.

Isabel begins showing Allende’s life far before her commercial success as a novelist. At first she spends her day as a contented wife and mother of two, then over time works to become a famous feminist journalist in Chile. The show doesn’t shy away from her struggles, which include building up confidence at her job as a co-founder and contributor to the first feminist magazine in Chile, Paula, while also balancing her family life. During this time, Allende also juggles a television career in which she hosts a popular humor show and interviews guests, works as a playwright, and contributes to the children’s magazine Mampato. Her career comes to a screeching halt, however, when General Augusto Pinochet Ugarte stages a coup on September 11, 1973. Allende’s father was a first cousin of Salvador Allende, who served as the twenty-eighth president of Chile until his death during the coup. Her relation to the former president in addition to her stepfather, Ramón Huidobro’s, position as ambassador to Argentina leads to her being blacklisted by the government. This results in her family’s flight to Venezuela, which becomes their home for the next thirteen years.

Allende is known for living passionately, and the show reflects this attitude.

While the HBO miniseries touches on all this history, we look more closely at Allende’s experience and personal life during these events. For instance, we see her smuggling refugees out of the country, but we also see the conflicts that creates for her family—both putting them on a political watchlist as well as the strain it puts on her marriage. Likewise, we see her struggle to adjust to life in Venezuela, such as struggling to find work despite the acclaim she had earned in Chile. Still, when Allende has an affair that leads to a two-month separation from her husband and children, the show looks at it through a detached lens; the affair is neither vilified nor romanticized. In her arguments with her husband, she acknowledges her major role in their family’s exile while still standing by her beliefs. During her brief affair and even after the fact, she maintains that she deserves to seek out happiness. Although it affects all of her interpersonal relationships, her candor and obstinacy help heal them. After her eventual divorce, we see her take back her sexuality unashamed. Allende is known for living passionately, and the show reflects this attitude by depicting her sensuality as an addition to her life as opposed to a hindrance.

Isabel also takes a close look at the illness and passing of her daughter, whose story is told in Allende’s 1994 memoir, Paula. After watching Isabel grapple with putting her children or her career first throughout the series, it is heartbreaking to see her helpless to save her daughter. Allende’s grief helps us relate to her just as her other struggles did. Likewise, her ability to find beauty in life again helps us to find the beauty in our own. Allende’s incredibly moving, spirited works are brought to life in this miniseries. It helps us see that the magical realism Allende is known for isn’t a fantasy but rather an interpretation of the magic she created in her own life. 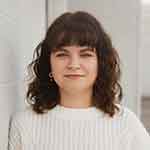 Alexandra McManus is from Tulsa, Oklahoma, and is currently an undergraduate student at the University of Oklahoma studying communications with minors in editing and publishing as well as sociology. She has served as a nonfiction editor for the Tulsa Review and as a culture reporter for the OU Daily.