Introducing the Race Matters Podcast: Highlights from Episode One 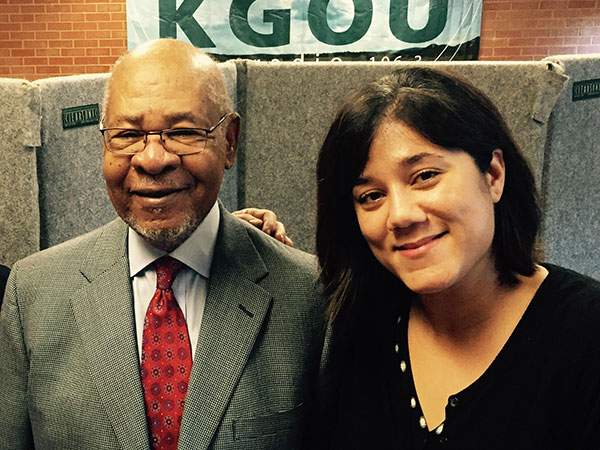 Issues related to race have become headline news with greater frequency in recent years. As a result, my own lack of understanding of the complexities of race relations in the United States had become all too apparent. I read hundreds of books and articles, watched TED talks, listened to podcasts and panel discussions, and ended up with more questions than answers. Talking to friends and colleagues, I discovered many of them were also hungry for answers, but we were all too uncomfortable to ask. So I created Race Matters as a forum for presenting my questions to people I knew would have the answers we seek—authors, activists, and experts on everything from our violent racial past to identity politics today.

In this first episode of Race Matters, I asked educator and author Dr. George Henderson to compare and contrast the civil rights movement of the 1960s with the Black Lives Matter movement of today. He highlighted the connections between the two movements and shared with me conversations he had with Dr. Martin Luther King Jr. and Malcolm X that continue to have a great impact on his life and work today.

On the Appeal of Martin Luther King Jr.’s Message

I read Gandhi as King had read Gandhi. Gandhi’s resistance movement was based on not fighting back for a very practical reasons. The British had all of the weapons . . . most of the weapons. They could have done to the Indians what the settlers did to our Indians if they had fought back. It was a practical reason, but it was also the right reason.

He (Gandhi) wasn’t a Christian as you know, but he always referred to some of the concepts and some of the things that Jesus said, and love was one of them. He always focused on that so practically. He said, “If the Indians are going to get their freedom, they must get their freedom not through violence but teaching their enemies. You know you have won," he said, "not when you kill the person who is trying to kill you but when you kill in them the need to kill you."

Nonviolence was our way. Fighting? No. Love? Yes.

Turning the other cheek was not easy for me. The concept of love wasn’t easy to me when I grew up. The first gift my father gave me was boxing gloves. And so here I am; my mother is sending me to church. My preacher is telling me to be nonviolent. My father is telling me fight back; I was torn, but, doggonit, my mother said you never really win by hurting other people.

On the Prospects for Realizing Martin Luther King Jr.’s Vision of the Future

I believe with every breath that I take; I believe it with every beat of my heart. It must happen; it has to happen. I was hypnotized by the Pledge of Allegiance to the Flag: “One Nation, indivisible, with Liberty and Justice—.” It was that last word that got me, a poor eight-year-old in special education reciting those words “—for all.” Not for poor people like me, not for segregated black people, not for on and on and on, for all of us. Yeah, yeah it is going to happen. It is going to happen because that is our destiny as a nation. That is our destination as human beings. There is only race of any significance from my perspective: that is the human race.

A partnership with local NPR-affiliate KGOU Radio ensures each episode of Race Matters is produced to the highest standards. KGOU broadcasts the show on Mondays at 11:30am to listeners in Oklahoma City and surrounding areas. Listeners outside this broadcast area can listen to each episode at anytime on Soundcloud.

For a full transcript of Merleyn’s interview with Dr. George Henderson, visit the KGOU website: http://kgou.org/post/decorated-educator-george-henderson-past-and-present-civil-rights-movements.