May 18, 2022
by
Ilija Trojanow
translated by
Aziza Kasumov

In the old days, an adulterer was considered morally corrupt. Bad man, bad little man. If it was someone from the Party, they’d say he’d slipped up. Unpremeditated, happens to the best of us. If a bigwig seduced a worker’s daughter, his comrades would clap him on the back. You rascal, you. And if one of the higher-ups collected love affairs like medals, he’d be commended for championing the art of seduction. Those were the old days. Today, morality is pegged to the dollar.

A grandiose era is coming to a close, full speed ahead, and the watermelons, cut open on the curbside, gleam in all their glory. All praise the vendors’ ingenuity: two drops of urine injected into the melon, and straightaway it ripens to a lush red, this dream of a melon. How elegant a solution, modern and efficient, a far cry from the laborious grafting of yore. By the sweat of their brow, our forefathers crossbred pigs with centipedes to boost the pork knuckle production. Mitschurin, you hero at every Round Table, how in the world did you come up with a rust-resistant tractor? Simple but cunning, crossbred it with a potato . . .

Trumpets and fanfare are passé, honking and bird-flipping en vogue, wheels in the middle of the road, who-cares-what in the rear-view mirror. In a roadside ditch, an oil-stained headscarf, chunks of homemade bread, a rotten plum and a 1977 Passat, purchased in the industrial wasteland of a small West German town from a student of political economics subsisting abroad on a diet of take-along canned food, a green Variant, which up until an hour ago had served its owner well, a relic of tough times, the bags now stand beside the open trunk, waiting, to be continued. Too bad, really, that this century is drawing to a close. Is there any time left at all for a reprise, one last chance to blow the snot out of your nose?

Too bad, really, that this century is drawing to a close. Is there any time left at all for a reprise, one last chance to blow the snot out of your nose?

No nostalgia, please! The forecast looks splendid for the coming saeculum, no reason to get all doom and gloom, our batteries are fully charged. In the Sevlievo district, an old woman slips out of the house with a tape recorder, she’s been doing this every night for ten years. Trembling, she holds the gadget to her chest and presses the record button. She keeps her lips locked together tightly, uttering not a peep, not a sigh, not a groan, to avoid disrupting the voices. Her brother got picked up in the gray morning hours, he didn’t return. He speaks to her, this much the woman is sure of. He was sociable, this vanished older brother, always surrounded by companions who would never be heard from again either, were it not for his sister standing with the tape recorder in her hand in the courtyard every night, as motionless as possible, to not scare away these voices that remained silent for so long. Once a month, her son stops in front of the creaking house, ascends the stairs, a plastic bag full of blank tapes in his left hand. He can’t stay long, he doesn’t have time to try the strudel that she’s made for him. She wraps a large piece of it in a kitchen towel, for the ride home, he scarfs it down when he stops for gas. During the day, when the woman plays back her nocturnal recordings in the kitchen—the sole heated room in the winter, her feet in thick, hand-knit socks—she doesn’t hear any voices. In the past, she stored the tapes in a cabinet with a lock. That cabinet has long been filled to the brim. She closes her weary eyes and waits for night to fall once more.

Some hell-for-leather road hogs cramp up behind the wheel, others steer their vehicle with thumbs and smoker’s cough. Only those who spot their obstacles through tinted windows will end up overcoming them. There are frozen faces, and then there are faces that look as if they’ve been washed at too high a temperature, like the face of the prison director, eagerly applying himself to the task of receiving journalists. Under his right eye, a bruise; the left eye twitches. One of the journalists asks:

“So, you already worked here back in the old days?”

“How long have you worked here?”

“Weren’t those the old days?”

“No, those were before.”

Aren’t they delightful, these human mammals? A shot for each of them, pour ’em generously and shuffle the cards well, they’ll be marked soon enough.

“Buried somewhere, not on our grounds—you must be kidding!—somewhere behind the prison, there aren’t any records around here, I wasn’t working here yet, you know, that’s all anyone knows, sooner or later someone will be ploughing the field and stumble across skulls.”

Aren’t they delightful, these human mammals?

The journalists hit the road again, for Pravetz, to an international conference on puns and power—economical: killing two hares with one shot. They are ecstatic; the muddy winter is a bygone memory, they still have a solid chunk of life ahead of them, both hourglass chambers equally full. Since they’ve stayed under the radar in the past, they can get in on the action now, cautiously, it goes without saying, still treading lightly. Here comes a crisp memory, just at the right moment: the semiconductor plant’s opening ceremony, in this selfsame hamlet, Pravetz, which they all talked up into a proper town early in their sloppily verbalized careers. General Secretary Zhivkov—buried like a true statesman not too long ago; the journalists were in attendance, they wrote a well-rounded obituary—paid worthy tribute to his hometown:

“It is with extraordinary pleasure that I inaugurate this important—this incredibly important—plant here today, in this very place. And I promise you, comrades, it may be only semiconductors today, but just wait—by tomorrow we’ll be turning out full conductors.”

The journalists are cracking up at the memory of this audacious joke, their windows down, anyone passing them without joining in the laughter has either already heard the joke one too many times or doesn’t get it.

“Hold on, hold on. We can do better. Zhivkov gives a ceremonial speech: ‘Today one-fifth of the world is socialist, but I swear to you, on Marx, Engels, and Khan Krum, soon it will be one-tenth.’”

The truck in front of them wheezes.

“You scored the equalizer there, my friend. A righteous tie. We’ve got quite the agony of choice here.”

The agony of agony.

The century is melting away, a strip of bitter candy stuck under your tongue.

Enter an apartment on the fourteenth floor in a commuter town of a satellite state. The price: once it was a ten-year wait, now it’s ten thousand dollars. Views of countless plattenbau housing project blocks. To the north, the foothills of the Plana peaks; to the south, the splendorous mountain, on its hillside a villa, digitally attached, safety on-site. Here, the chrysanthemums are watered with a peasant cunning. A cramped apartment, a spacious villa. Two old men, both of whom have preserved a lifetime of receipts. Saved away in their heads, stored away in the files. The stars above are a travesty, the mirror reflects a weathered face.

The century is melting away, a strip of bitter candy stuck under your tongue, dear fatherland, you rungless ladder, you paradise on earth, corpses are airing out and abiding under the fenugreek, your splendor knows no bounds, a pile of urine-injected melons, and, at the side of the road, people sweating in their own despair. We, however, are speeding on. No stopping at any point.

Translator’s note: As a German woman born to a Soviet father, I was immediately drawn to Ilija Trojanow’s Macht und Widerstand when I first came across it as a play staged in my hometown, Ludwigshafen am Rhein. The story of Konstantin and Mitschurin, who become archenemies throughout the course of Bulgaria’s socialist experiment, echoed the history of my father’s home country, the ex-Soviet state of Azerbaijan, as much as it reflected East Germany’s own not-so-recent past. All three countries still wrestle with the atrocities committed by their socialist-era secret service apparatuses. I ordered the book that same night as I came home from the play and took it on vacation to Cuba with me a few weeks later, where I read it amid the intact ruins of another socialist republic.

But it would be restrictive to describe Trojanow’s novel as a postsocialist reckoning alone. Its title, Power and Resistance, hints at its much larger scope—one that is equally applicable to modern-day America as it is to 1930s Germany. It investigates the human psychology behind which side we choose when the forces rising into power show their evil grimace, what that choice does to us, how it ends up informing who we are. Trojanow’s novel is a portraiture of the human experience under political extremities, brilliantly illuminated through his shining prose, comical and tragic all at once.

During the translation process, striking this exact mélange of tones has been at times challenging, but I believe I have managed to capture it through taking a looser approach toward the novel’s idiom- and slang-heavy writing. This work deserves to be translated and published in English, and I hope that the entire novel will eventually be available to English-speaking audiences. 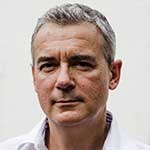 Ilija Trojanow (b. 1965) has lived in Nairobi, Munich, Bombay, and Cape Town. Today he resides in Vienna. He has received numerous literary awards, including the 2006 Leipzig Book Fair Prize for his novel Der Weltensammler, later translated into English as The Collector of Worlds, as well as the 2009 Prize of the Literature Houses. Several of his other books have also been translated into English, including Along the Ganges and, more recently, The Lamentations of Zeno. 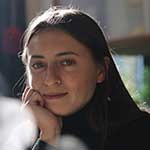 Aziza Kasumov grew up in Ludwigshafen am Rhein, Germany, but has spent the past eight years of her life in the US, first in Los Angeles, then in New York. She studied international relations and journalism at the University of Southern California and worked as a reporter for news organizations on both sides of the Atlantic, including the Financial Times and Frankfurter Allgemeine Zeitung. She is currently pursuing an MFA in fiction writing at Columbia University. Her faculty sponsor for this submission was Susan Bernofsky from Columbia University.