And, Baby, when you think of me I hope it ruins rock ‘n’ roll. 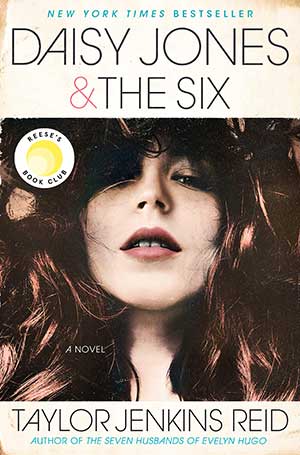 From the first pages of Taylor Jenkins Reid’s electric 2019 novel, Daisy Jones & The Six, I knew I wanted to be like Daisy Jones. Whatever she was wearing, I wanted to wear. I too want to be ornamented in bangles on each arm so you’d hear me from miles away and forcefully have to shield your eyes from the gleam, knowing it’s me coming down that mountain. Reid does it again, writing from a heart of devotion, passion, and suffering; she brings to life a story made of fire that demands to burn.

This novel is the quintessential recipe for all the treachery and romanticism of rock ‘n’ roll. A load of chaos, sexuality, and rage all thrown into a gumbo pot with an accidental overdose of insatiable but unattainable love. Sometimes, when someone gets into your car, you turn the music down, but sometimes you crank it up, as if every threshold of tolerance can be broken. And that’s Billy and Daisy.

Daisy Jones is a girl born broken and a woman made reckless. So when she joins “The Six,” her unbridled suggestions aren’t so easily accepted by lead singer Billy Dunne. He wants to sing about the chain to his sobriety: his wife, Camila. Daisy wants to sing about the reason she doesn’t have one: powderlike snow. Daisy and Billy are like complementary colors, opposite but fated to run together. Daisy Jones & The Six had the 1970s under their yoke, so why did they break up? Or rather, not a question of why but who: a fire can provide warmth and be a beacon that resurrects hope, but leave it unattended or do the wrong things to calm it, and it shall bring ruin.

I found that in most stories when the chaos eventually subsides and your feet finally touch the bottom of the deep end, the story is just a story. But with Daisy Jones & The Six, to the last page and to their final performance, my feet were still wandering, flinching at the band’s bittersweet goodbyes. I didn’t know stories could hold such tenderness from beginning to end. I wanted to be Daisy while my heart broke for her too. I was angry and disappointed in her for every pill she popped, but my heart throbbed when she stepped onstage. I was certain I was blinded by the lights, could hear the crowd, and even felt tempted by the drugs. What Reid dishes into this world is a feeling of self-loathing because of the inability to be the person you want to like. Daisy only truly becomes aware of her addiction when the man she loves is watching her. Daisy sings to Billy when her soul is ripped and raw, exposed and uselessly beating. And Billy joins her on the stage nonetheless. This novel is telling and poetic while daunting and raunchy. You step into a room, not abiding by the rules, and somehow you make not only that room but the whole world yours.

I was angry and disappointed in her for every pill she popped, but my heart throbbed when she stepped onstage.

This isn’t a love story, but it’s one about love, because who are you, and who do you go to when the money is at its peak but the pumping of your heart is lagging and weak? What is music when it’s not about music anymore (because it really never is, to begin with), or who do you look at when you sing? Reid has created a story about the heart-wrenching punch that love can hit you with when you refuse, wait, or stay silent about the truth. And, most profoundly, she has added to the kaleidoscope of rock ‘n’ roll.

Author’s note: When creating the Spotify playlist to accompany this post, originally my intention was to create a playlist based on what songs reminded me of Daisy Jones herself, but soon I started adding music that I thought resembled the essence of not only Daisy and Billy but the other band members too and their relationships. Even songs that I thought each of the characters would enjoy or songs that perfectly kindled certain scenes from the novel, I added. Ultimately, the choice to add certain pieces derived from my own personal taste but, more importantly, if I believed the song made me understand a character better. 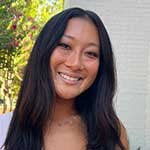 Julia Wu is a WLT intern.