The Ballad of Books 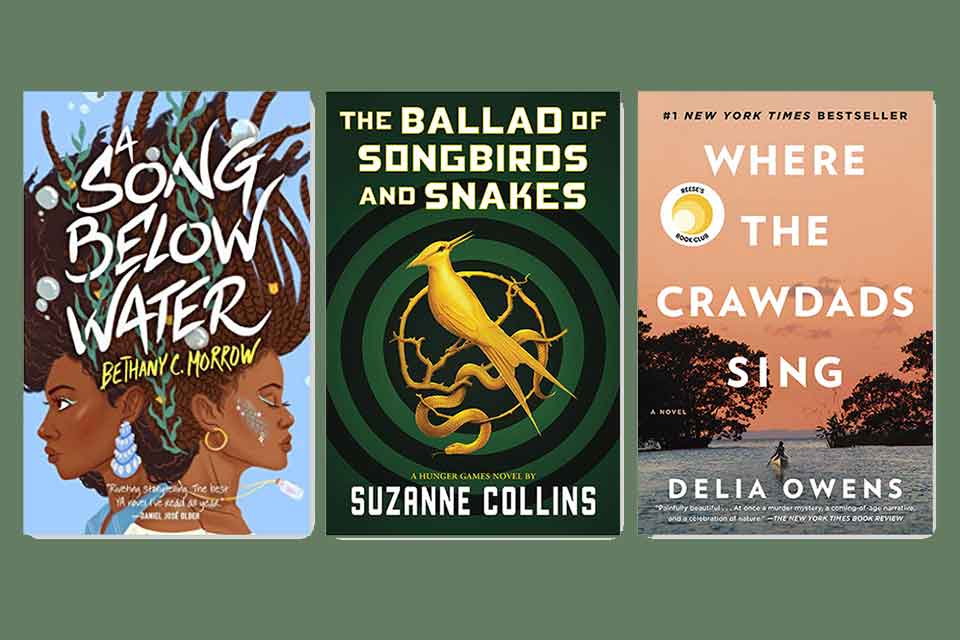 The opening chapter of a book is its first impression—it sets the scene, establishes tone of voice, and draws the reader into a new world. The following three books hooked me from the beginning, and specific songs came to mind that fit each narrative. Here are my pairings.

The first chapter of this coming-of-age mystery centers on a poor family living in a shack in the marshlands of North Carolina. Kya Clark at just six years old watches as her mother leaves her and her four other siblings alone with an abusive father. The first chapter instantly transported my consciousness to the coast of North Carolina. The imagery paints a picturesque setting where Kya learns from the cranes how to be free.

George Ogilvie’s delicate acoustic guitar in “Birdsong” fully captures the essence of the first chapter. The song is slow and rhythmic and lyrically encompasses the feelings Kya has living in the marsh in her small shack. Throughout this chapter the narrator refers to nature and the life it gives. Her ma also sings folk songs and nursery rhymes, and this song is a story in itself about someone who has been lost who longs for the sweet release of freedom. I believe that this song’s harmonic nature is a great fit for the first chapter of Where the Crawdads Sing.

Suzanne Collins
The Ballad of Songbirds and Snakes
Scholastic

“He smoothed back his blonde curls as he mockingly whispered to his image, Coriolanus Snow, future president of Panem, I salute you.”

After many years my long-awaited dream of the continuation of the beloved Hunger Games is finally a reality. The first chapter lands on the character of Coriolanus Snow, the infamous president, but this is his prequel. Shockingly, his family “was as poor as district scum,” and the young Coriolanus laments his current position in status. He has nothing to live off but his wits, charm, and his eagerness to prove himself among his peers. Coriolanus Snow is a character that needs a theme song whenever he walks into a scene.

The sun also rises on those who fail to call
My life, it comprises of losses and wins and fails and falls

I believe that this song was a perfect match for the beginning of this novel and would definitely be playing in the background as he entered a room. Lana Del Rey’s lyrics weave a picture of an individual who will do anything to get themselves to the top, even if that journey is comprised mostly of losses. Coriolanus Snow proves that even at his young age of eighteen, he had all the workings to become that rose-wearing manipulator from the original story.

“Sirens, they say, and anyone listening knows it’s a dirty word. Danger, they report, and they’re talking about the danger she posed, never the danger we face.”

This chapter brings to life the magical story of Tavia, a young black girl who is of siren origins. Tavia abruptly learns that being a siren is dangerous when she sees on the news that a woman similar to herself was murdered. I have always been a fan of the fantasy genre, and this first chapter shows that although she has magical origins, this is still a story of real modern-day lives.

But no one knows me, no one ever will
If I don’t say something, if I just lie still
Would I be that monster, scare them all away

Sirens, unlike mermaids, are known as monsters who drag sailors to their deaths by singing beautiful songs that lure them in. Tavia explains that this is a myth and that it causes hatred toward her kind. “Quiet” was sung at the 2017 Women’s March and became a powerful rallying cry that broke the silence women feel. This song, I believe, fits perfectly with the opening chapter and the struggle Tavia battles within.

Mackenzie Anderson is a WLT intern studying English literary and cultural studies at the University of Oklahoma. Born and raised as a Texan, she has aspirations to travel the world someday. In her free time, other than digesting a new YA series, she enjoys a good psychological thriller.