A Q&A with Translator Karla Gruodis 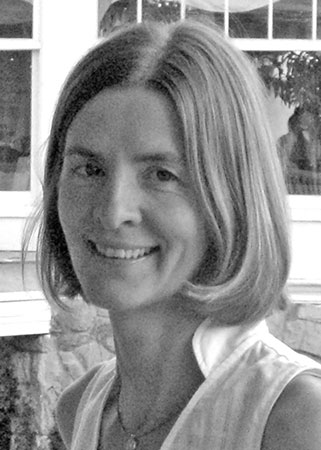 This month, Guernica will publish A Small Map of Experience: Reflections and Aphorisms by Lithuanian writer Leonidas Donskis, a philosopher, cultural critic, and currently a member of the European Parliament. Last week’s blog featured excerpts from this book. In this Q&A, WLT talks with Karla Gruodis, who translated the book from Lithuanian to English.

Karla Gruodis: This is certainly the most challenging translation project I have undertaken because of the very condensed, poetic, and conceptual nature of the aphorism itself. Working on the book, I very much had the sense that I was straddling poetic and philosophical discourse. Aphorisms are appealing precisely for their distilled nature, and for their dependence, like poetry, on sound and rhythm. But the effort—and luck, it sometimes seemed—needed to capture their meaning and effect are in reverse proportion to their length. To modify the opening aphorism in the book, “A (translation of) an aphorism is that which remains after a painful (but exciting!) battle with the limitations of one’s own language and ability.”

MJ: Are there any peculiar translation challenges that arise when translating from Lithuanian to English? Is the “economy of thought and language” the author refers to in his foreword easy to capture between the two languages? The “ellipses and silences”?

KG: I can’t say if the challenges were different than they would have been translating this kind of text from another language, because Lithuanian and English are the only languages I work with. I think and move between them naturally, so my translation process is very intuitive. That said, the grammar and syntax of the two languages are radically different, particularly because Lithuanian is a gendered, declined language. With its simplified grammar and condensed means of expression, English has always seemed much more modern to me than Lithuanian, which has an archaic quality. (It is considered to be one of the oldest living Indo-European languages.) For example, fewer prepositions and articles are used in Lithuanian because declension allows them to be contained with the noun. This results in very different syntax and rhythms, which it might be possible to see in the following examples, even if one doesn’t read Lithuanian:

So perhaps the “economy of thought and language” and “ellipses and silences” that are so essential to the art and meaning of the aphorism must be captured in these two languages in slightly different ways. But that is something that a linguist could explain better.

KG: While Lithuanian was my first language, I was born in Toronto and grew up in Canada, so English was the language of my education, and is the language in which I write most fluently. While we spoke an elementary Lithuanian at home, it was only when I went to Lithuania in 1989, after graduating from Concordia University in Montreal, that I really learned it. I lived in Lithuania for the next ten years, in complete immersion, working as a translator and media advisor, university lecturer, and manager in advertising and the arts. While I have always remained something of a foreigner in Lithuania (the fact that I did not grow up during the Soviet period is perhaps what most sets me apart from my peers there), I identified completely with the people, felt very integrated in the society, and the language seeped deeply into my psyche. There are certain insights into how a language works on a cultural level that I think can only be gained through some kind of immersion—from hearing it on the street, in the workplace, at the kitchen table.

MJ: Have you worked with Leonidas Donksis before, and did you have direct communication with him while working on the project?

KG: I have translated academic texts for him in the past, so I was familiar with, and always admired, his writing, which grapples deeply with how to make sense of the complex contemporary world and our place in it. The transition to translating his aphorisms into English was therefore a natural one, but as soon as I began, I saw that it would present much greater challenges. Most of the translation work I have done is for living writers—Lithuanian academics or art critics—and part of my process is to consult quite intensely with the author so that there can be quite a lot of back and forth as we fine-tune certain words or turns of phrase. This is perhaps a weakness of mine, because it makes the process take much longer, but it is where I gain the most satisfaction from it —when I share, with another writer, an interlinguistic space in which we try to bridge the divides between two cultures, two worlds.

With this book of aphorisms, the process almost got out of control because I became quite obsessed with every nuance, so that some of the aphorisms went through a dozen or more variations and exchanges before we settled on a final version. We worked very closely, mostly by email, over a period of about a year. In addition to being an intellectual challenge, it was a strange experience of intimacy—of getting into another person’s head, of working so closely on his creative work. It was especially exciting to do this with Leonidas Donskis, who, though he can easily be called a genius for the breadth of his knowledge and intellectual creativity, is an extremely warm, cooperative person, so that our exchanges were very touching on a personal level, and he was generous in expressing his own joy when I was able to find solutions that met each of our standards. The other great advantage in this relationship was the author’s sensitive grasp of the subtleties of the English language, so that I always had full confidence that he understood and appreciated some of the more difficult issues I was dealing with.

MJ: Can you suggest an aphorism about translation?

KG: Not an aphorism per se, but a passage from Salman Rushdie’s Imaginary Homelands (1989) has always spoken to me because it captures something of the essence of this singular activity and what it says about migration, moving between cultures: “Having been borne across the world, we are translated men. It is normally supposed that something always gets lost in translation; I cling, obstinately, to the notion that something can also be gained.” These lines say a great deal about translation, but they can also be applied to so many people’s transcultural experiences in our globalized, migratory times. I also like to think of translation as an intellectually ecological activity—as a way of recycling good ideas and beautiful writing.

Karla Gruodis is a translator, journalist, and Professor of English at Dawson College in Montreal. After completing her undergraduate studies in Canada, she lived in Lithuania from 1989 to 1999, where she participated in the country’s independence movement and witnessed the dramatic changes her parents’ country of birth underwent during that decade. She returned to Canada to complete graduate studies at the University of Toronto (MA English 2004, M Ed 2006). She has extensive experience translating Lithuanian academic and journalistic writing into English, and maintains strong professional and personal ties with Lithuania.