A Conversation with Alice Sant’Anna: The Marginal Generation and a Whale Cruising Through the Room 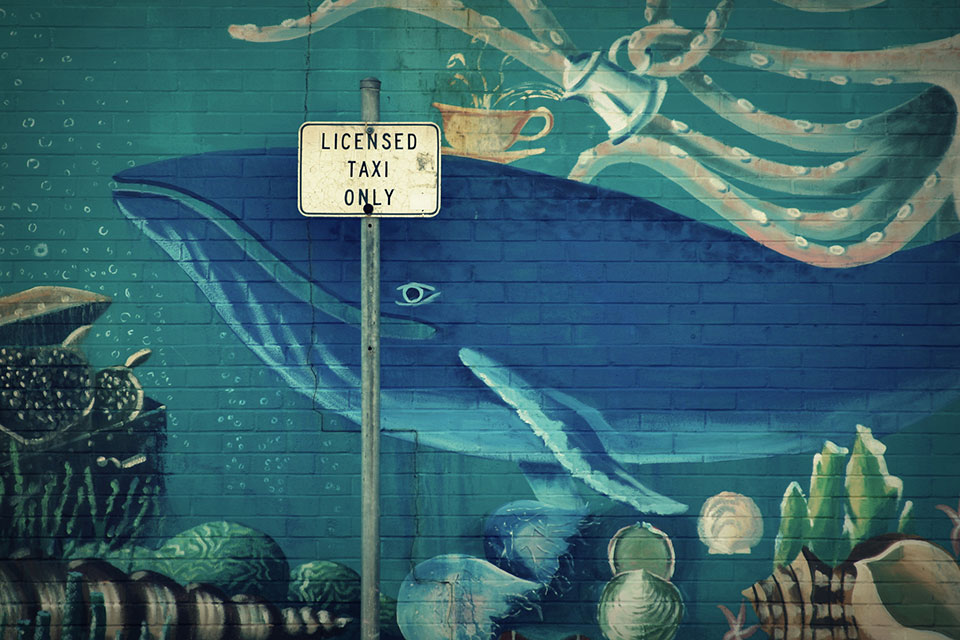 Alice Sant’Anna (b. 1988) is a prize-winning critically and internationally acclaimed poet from Rio de Janeiro who follows in the path of Brazil’s “marginal generation” poets of the 1970s with a poetry that is colloquial, limpidly imagistic, and dreamlike. The tone is at once cosmopolitan and intimate. Her work is marked by sudden, surprising shifts in perspective, where a person may become a mountain tilting over the beach, and stacked chairs may seem to be overturned beetles in need of assistance in righting themselves.

Like one of her major influences, Ana Cristina Cesar—a poet of the “marginal generation” whose life work will be honored at the FILP international literary festival to take place in Paraty, Brazil, in July 2016—Sant’Anna’s poetry has an everyday tone and integrates genres of travel narratives and personal letter-writing. 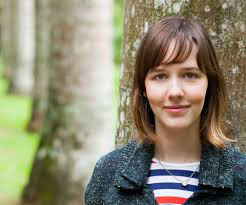 Sant’Anna’s second book Rabo de baleia (Tail of the whale) was published in 2013 by the prestigious publisher Cosac Naify and won the 2013 APCA Poetry Prize from the São Paulo Art Critics’ Association.

In the US, Sant’Anna’s work will be published in translation in the PEN American Center’s book Passages forthcoming in 2016, an anthology of contemporary Brazilian women writers, edited by Eric Becker, which brings together poetry, nonfiction, and fiction. Also in 2016, a chapbook of Sant’Anna’s poems, Tail of the Whale, translated by Tiffany Higgins, is forthcoming from Los Angeles publisher Toad Press.

What follows is an interview I conducted with Sant’Anna in March 2016. In our interview, she discusses growing up in an artistic family, her influences, including Ana Cristina Cesar, how she began writing poetry, the state of Brazilian poetry today, as well as her forthcoming book, A sombra tem cor? (Does the shadow have a color?), to be published in Brazil by Companhia das Letras in August 2016.

Tiffany Higgins: Let’s start with a poem from you. Could you give us a little context for your poem “the cousins”?

Alice Sant’Anna : The poem “the cousins” is about growing up. It brings up some nostalgic images from my grandparents’ house, sweet memories from a childhood in a large and cozy family. But it seems that something is always very close to breaking up, like a crystal, too fragile. The end of the poem, I think, has this strange feeling of a dangerous, ominous atmosphere, getting closer.

it was number 48 the yellow house
a stairway and a pretty small
tree on the veranda
on which from time to time grew jaboticabas
so tiny that not even in make-believe
could we get a taste of fruit
all day was december on miguel
pereira street even when it was raining
on that day of the fall
from the scooter my cry echoing
and your surprise even when we
would disagree on the color of certain
afternoons or when we learned
together how to glide on the bicycles
something was always giving into shadow
at night a desire to stay a bit longer
our parents’ cars that were coming
like beetles, slow and fat
the cars that shouldn’t
no they couldn’t

TH: What accounts for the richness in Brazilian poetry today, in your opinion?

The richness of Brazilian contemporary poetry is its freshness, its sharpness, and, very frequently, its humor. I believe we are experiencing a very fertile moment.

AS: The richness of Brazilian contemporary poetry, in my opinion, is its freshness, its sharpness, and, very frequently, its humor. I believe we are experiencing a very fertile moment, and this can be observed both from the interest shown by the publishing houses and by its reaching new audiences that are not necessarily used to reading poetry. It’s very thrilling to see poetry reaching new readers, both in Brazil and abroad.

The forthcoming anthology Passages is a good example: it’s the first PEN collection of Brazilian literature, and Eric Becker, the organizer, who pretty much knows everything about Brazilian literature, decided to put together different genres—poetry, journalism, short stories. He was very generous to invite me, and I’m very thankful.

TH: Tell us about your influences within Brazilian literature.

AS: I’ve been very influenced by the “marginal generation” poets, who during the 1970s published their books independently (thus earning their title of “marginal”). The principal characteristic of their writing was a colloquial and informal style, following the oral tradition. Within the marginal poets, the primary reference points for me are Ana Cristina Cesar and Chacal. Another strong influence for me is travel narratives—diaries, notebooks, and reports.

TH: As a student, you studied abroad often, including a visiting fellowship at Brown University. Could you tell us about these experiences? How did they transform you and your artistic practice?

AS: Studying abroad was an extremely important experience for me—almost addicting. I studied in New Zealand during high school for a semester. When I was an undergrad journalism student, I went to Paris, also for a semester. And for my master’s I went to Brown [University] as a visiting fellow. The three trips were remarkable, each in its own way, but especially because living abroad is a great lesson on how to be alone, in silence.

The first, to New Zealand, was the moment when I first started to write poetry, when I was sixteen. The first months of adaptation in a very small town were indispensable for writing. The second, to Paris, was when I started to write my second book, Rabo de baleia. And the third, to Brown, although it was only for three months, was radical. I was studying Japanese culture with a wonderful advisor, and my research changed completely, in such a way that the thesis I delivered here in Brazil was very different from the expected one.

The final thesis is a long poem called “Does the shadow have a color?” It’s about being in New England during autumn, very inspired by the coloration of the trees and by themes in Asian art and philosophy. This forty-page poem will be released soon in Brazil in August, by Companhia das Letras. I’m super honored and excited to see it ready.

TH: Your second book, Rabo de baleia, was published in 2013 by the influential publisher Cosac Naify. In 2015 Cosac Naify closed its doors. How do you view this?

AS: Cosac’s closure is very, very sad news for Brazilian literature. This publishing house, always very concerned with establishing a major catalog in visual arts, had the most beautiful publications. Over time, the catalog of this independent publishing house also became very strong in literature, with amazing translations of classics and contemporary young authors.

TH: Tell us a bit about how your interest in the arts began.

AS: I grew up in a very artistic family. My father is a photographer and my mother is a fashion producer. When I was little, I played many musical instruments—music was the most important thing in my house, especially bossa nova, the Beatles, Led Zeppelin, Pink Floyd.

TH: What inspired you to start writing poetry?

AS: As a teenager, I liked to read a lot, but poetry came in a very particular moment, when I first read Ana Cristina Cesar’s poems, when I was fifteen. That’s when I decided to write poetry. My dad took me [on a trip for him] to photograph Armando Freitas Filho, one of Brazil’s greatest poets and the curator of Ana Cristina’s archives. So I went to his house with my dad, and I started to show my terrible teenage poems to Armando, who since then (thirteen years ago!) became my mentor, advisor, and good friend.

Alice Sant’Anna is a Brazilian poet born in 1988 in Rio. She is the author of Dobradura (Folding; 7Letras, 2008) and Rabo de baleia (Tail of the whale; Cosac Naify 2013), which won the 2013 APCA Poetry Prize (São Paulo Art Critics’ Association) and will be released in the US in August by Toad Press, translated by Tiffany Higgins.