Sara Mesa is a Spanish writer born in Madrid in 1976. Her novels include such titles as Un incendio invisible (2011, re-edited in 2017), winner of the Málaga Novel Prize; Cuatro por cuatro (2012), Cicatriz (2015; translated as Scar and published in 2017 by Dalkey Archive Press and winner of the Ojo Crítico de Narrativa Prize in 2016); and Mala letra (2016). Her latest novel is Cara de pan (2018). She has also published a collection of poems entitled Este jilguero agenda (2007), which won the National Poetry Prize “Fundación Cultural Miguel Hernández.” Her most recent publication is the essay Silencio administrativo, released in 2019.

María Ayete Gil: Most of your readers would agree that highlighting ellipsis and conciseness are two characteristic elements of your style. To what extent are your own readings present in your texts, and who would you say is your mentor with respect to this brilliant command of ellipsis?

Sara Mesa: I would not be able to mention only one mentor; to some extent I believe almost every author that I like has worked with ellipsis in one way or another, both in novels (Faulkner with the rape in Sanctuary or Flaubert with the fiacre episode in Madame Bovary) and in short stories (Salinger or Flannery O’Connor, for example). I realize it is a very common tool in North American fiction, which I have read quite a lot, but I also find it in very subtle ways in other literatures, like in Fleur Jaeggy’s (blurrier) or Ágota Kristóf’s (she is a master of conciseness). Also, as a good cinephile, I wouldn’t discard other narrative models. Iranian director Asghar Farhadi, who borrows right from Hitchcock, offers some perfect examples of ellipsis.

Ayete Gil: The transition to the adult world is not at all exempt from problems, tension, or hardship, and the main topic in many of your texts is precisely the difficulty implied in that change. Why do you have such an interest in the figure of the child as narrative material?

To some extent I believe almost every author that I like has worked with ellipsis in one way or another.

Mesa: I believe children have a very interesting way of seeing the world, very intuitive, hardly tainted by prejudices. It is a vision that has magical elements, superstitious if you will, with an irreality similar to that of dreams. It is not only the fact that childhood in itself is an endless theme—which it is—but also that it offers perspectives and points of view that are very useful when one refuses to represent reality as a whole, and I always prefer partial, obscure, or ambiguous realities.

As a writer, I feel I’m in constant evolution; I don’t think I have reached anything definite.

Ayete Gil: I don’t know if you tend to reread your texts once they have been published, but it is something you had to do for the new edition of Un incendio invisible in 2017. How would you define the process in general terms? How did you confront it?

Mesa: It is a hard process because, as a writer, I feel I’m in constant evolution; I don’t think I have reached anything definite. Therefore, reading what I wrote years before is like seeing the attempts and mistakes through a plot and not recognizing, or not wanting to recognize, myself. Publishing this book again meant maintaining its tone and structure but also slightly trimming the style (that great enemy of the novice writer). I don’t know if I would repeat the experience or if it is preferable to leave texts just as they are, just as they were written from their inception.

Ayete Gil: You have mentioned a couple of times that the engine that drives your writings is usually an image or an idea. What drew you to write Cuatro por cuatro, and how much responsibility does your previous novel bear for its creation?

Mesa: Back then I used allegory much more often—fantastic scenarios, on the edge of plausibility, and in this sense the novel resembles Un incendio invisible; both form a sort of diptych. But you cannot expect the boarding school where Cuatro por cuatro takes place to be realistic; it’s a closed world with its own narrative rules. I wanted to speak about this—about confinement—and the image in this case was one of the school and of a girl who wants to run away. This is how the book begins, and this beginning has a lot to do with Cara de pan. This is something I am realizing just now as I answer these questions. It reflects the extent to which my writing is not premeditated, but that doesn’t mean that it’s arbitrary.

Ayete Gil: Just like the points of convergence between Un incendio invisible and Cuatro por cuatro are relatively visible, finding connections among these two books and Cicatriz requires deeper analysis. I believe that Cicatriz demonstrates a leap or, at least, a change with respect to the previous novels regarding both the narrative universe (dramatically reduced in the latter) and the use of certain literary figures. While the first two play, more or less, with a dystopian form and a kind of symbolism, Cicatriz moves away from that to come closer to a more direct and palpable reality. Do you agree, and why that diversion?

Mesa: Yes, I completely agree with that analysis. Cicatriz is my attempt at stronger realism without abandoning my core themes. I think it was a necessary step to take because I felt like I was protecting myself, hiding behind allegorical scenarios. Cicatriz is already a plausible story with which the reader can identify and which generates reactions, for and against it, that are much more straightforward. In Mala letra, I delve into this form of writing, while Cara de pan, though apparently symbolic, is from my point of view purely realistic. I don’t know if this diversion is desirable in terms of quality (I am aware that there are some readers who prefer my so-called “first stage”), but it is a natural and consubstantial departure in my own search for a voice. It’s difficult to explain, but I understand that it is ultimately riskier and more difficult writing.

Ayete Gil: Your preference for closed and restricted spaces is obvious, and your last novel, Cara de pan, follows this theme. Are you concerned about dealing with broader narrative worlds? Or is it simply that there are many advantages in the limited spaces?

Mesa: Limited spaces only refer to staging elements: the place where the action takes place, number of characters, actions, etc. There I definitely align myself with minimalism—it’s a habit but also a limitation. Just to use Cara de pan as an example—there I confront some far-reaching social issues through the seemingly insignificant actions and impact of two characters. The specific leads to the general, although none of this, by the way, is at all premeditated.

Ayete Gil: I believe all your works allow a double interpretation: on one hand, a simple, more innocent reading and, on the other, a critical one, which is the one that permits the attentive reader to dig deeper and go beyond the text. Nevertheless, I feel like in Cara de pan that layer of simplicity or innocence disappears, leaving the reader with a naked literary artifact from which it is impossible to escape and which forces serious introspection (I am thinking of concepts like normality, objectivity, or taboo). Do you think that, despite this previously unheard-of tenderness in the text, this is your most intensely poignant novel so far?

Mesa: I am not sure. I think of Cuatro por cuatro and even Cicatriz as tougher, harder-hitting novels. In Cara de pan, there is indeed some degree of tenderness, which is also present in Mala letra. It is maybe another facet of the natural evolution of my writing, unloading my texts of explicit squalor and trying to elicit “harshness” through more subtle means. This is also more complicated. When I was writing Cara de pan, I feared, at times, falling into the trap of overemotional and even corny prose.

Bureaucracy is intentionally more cruel with those who have less, so the authorities are in large part responsible for the horrible problem of aporophobia.

Ayete Gil: In 2019 Anagrama published Silencio administrativo, your first incursion into essay writing. How did this take root and how have you felt in this new genre?

Mesa: More than an essay, it is a chronicle; I include a lot of narrative elements that start with the real story of a homeless woman that I met. I also try to go from the specific to the general, but, contrary to my fictional work, the process here is deliberate; I try to condemn particular things and send a clear message—which does not come naturally to me as a writer and which would be counterproductive if it did. They are two distinct processes; Silencio administrativo is journalism, so the difficulty lay in gathering data, in the professional rigor that was needed to support my thesis. Unfortunately, there is enough data to confirm what I experienced through this woman’s story: bureaucracy is intentionally more cruel with those who have less, so the authorities are in large part responsible for the horrible problem of aporophobia.

February 2019
Translation from the Spanish 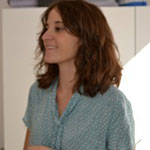 María Ayete Gil is a doctoral student at the University of Salamanca. Her research focuses on politics in contemporary Spanish narrative. 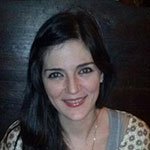 Leticia de la Paz is a lecturer and a literary translator. A doctoral student at the University of Granada, she is currently working toward the completion of her PhD thesis on the analysis of the translated poems of American author Adrienne Rich with a gender perspective. Her research focuses on topics such as literary translation, censorship in translation, and gender and feminist studies.