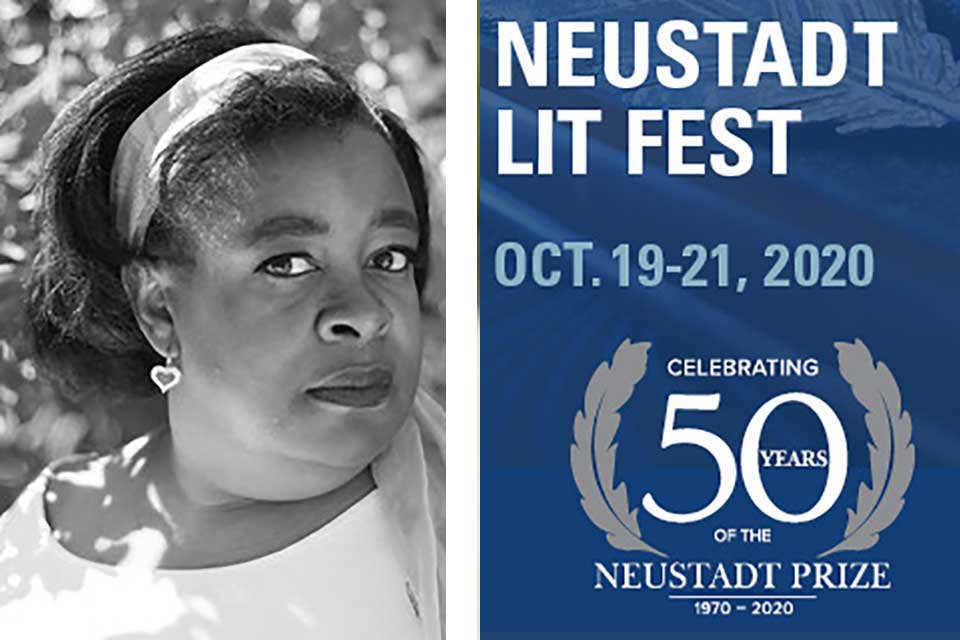 Get to know the jurors for the 2021 NSK Neustadt Prize for Children’s Literature in this series of short interviews. First up: Tanita S. Davis!

Tanita S. Davis was nominated for an NAACP Image Award for Mare’s War, which was a Coretta Scott King Honor Book. Kirkus praised her most recent novel, Peas and Carrots, as “an emotionally honest plot and candid conversations about race and class.” Davis was a foster sister from the age of nine until she graduated from college, when her parents adopted the last two babies and retired. A native San Franciscan, she currently lives in Northern California with David Macknet and a houseful of books.

In addition to serving as a juror for the 2021 NSK Neustadt Prize for Children’s Literature, Davis will participate in the Readings and Book Giveaways by the 2021 NSK Prize Jury event.

Q: What was your first favorite book, the book that made you a reader?

A: The book that made me a reader was L. M. Montgomery’s Anne of Green Gables. I fished a hardbound copy of the 1908 classic from a pile of books being donated for a sale by teachers winnowing their classroom libraries. As the youngest in my family, I jumped at the chance to read a thick book with no pictures that felt more like A Real Adult Book. I loved Anne immediately, and was thrilled to learn that I could have “kindred spirits” and “vexation of spirit.” I was so intrigued by Anne’s (mis)adventures that I carried the book everywhere, reread it repeatedly, and even wrote my own sequels, before discovering that the author already had. (I still like my sequels better.)

Q: What is the best book-receiving experience you’ve had?

A: My boyfriend-at-the-time bought me a gorgeous, illustrated Riverside Chaucer after I admired it in our college bookstore. It was not cheap—and I was, as is typical of many college students, usually flat broke—so I was completely flustered and impressed. (It proved only good sense to later marry him.)

Q: From among your (likely) tall to-be-read stack, which book or two are you absolutely determined to read soon and why?

A: Oh, I really want to dig into Jordan Ifueko’s Raybearer soon—I tend to get bored with traditional high fantasy, but I’m intrigued to jump into high fantasy with a West African slant. Ifueko is a Nigerian author, and the reviews have been tremendous for this debut author, so I intend to jump on the bandwagon quickly when I need some pure escapist fun.

I have also been holding onto a copy of The Shepherd’s Crown, the last book written by British author Sir Terry Pratchett, and the last of a trilogy of comic fantasy books about young witch Tiffany Aching that began with Wee Free Men. Pratchett had a genius for incisive social commentary under the guise of a silly story, and that clear-eyed sharpness is something I feel like I’m in need of just now.

Q: What is the book you most often gift children and why?

A: Of course it depends on the age of the kid and their personalities, however, generally the book(s) I most often gift to young readers are Rita Williams-Garcia’s One Crazy Summer series and Ursula Vernon’s Dragonbreath series. Both series are adventurous in their own way—revealing characters dealing with their own troubles and challenges (however odd) with a lot of heart and imagination. All the children I know are made up of generous helpings of both.

Q: Kirkus praised your most recent novel, Peas and Carrots, as “an emotionally honest plot and candid conversations about race and class.” What conversations would you most like to see this novel begin?

A: With any of the books I’ve written, I’ve underscored the truth that families aren’t necessarily only people related to you by blood, but people related to you by their love and care for you. I’d like readers to think and talk about who loves them, and how that love shapes them, and how they can love someone else in a way that creates a small pocket of familial trust and safety. Whether they’re people of different colors or socioeconomic classes or age or faith or gender preferences, the people who love you can be home and family to you, because despite those differences, humanity shares some precious commonalities, and if we look, we will surely always find them.