Reflecting Iraq to the Outside World: A Conversation with Anoud 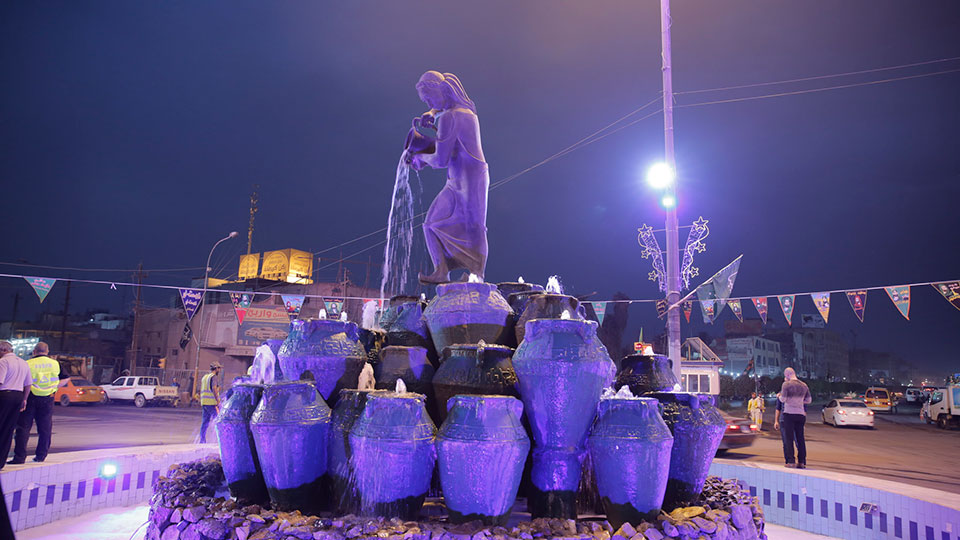 Anoud, the pseudonym of an Iraqi-born author, was recently featured in Banthology: Stories from Unwanted Nations from Comma Press, an anthology that features seven short stories, one from each of the original seven “banned” nations. Here she speaks with WLT about her experiences as writer and reader.

Claire Riggs: Recently, a story you wrote called “Storyteller” was featured in Banthology, a collection of short stories from the seven original banned nations. Your story focused on a woman telling her story of growing up in Iraq. How did you come up with the idea for “Storyteller”?

Anoud: It wasn’t really an idea per se. I started writing about that first air strike. It was meant to be a short story confined only to that one night. That was the night I suddenly went from child to adult, from a human with a normal digestive and nervous system to—overnight—a nervous wreck of a human being with unexplainable digestive issues. So, I suppose I was trying to dissect my own psyche when I began writing it. I just kept going.

Anoud: My first reaction was frustration and dismay because I felt like I was living through an era of Nazi and fascist movements that I thought the world matured or sobered up from decades ago. As for being in the US, the US sprawls across nearly an entire continent and each state and city is unique. I can’t speak for all of it. But I will talk about how I felt being in New York City when the first travel ban happened. It did not impact me at all. New Yorkers couldn’t care less where I was from.

I will say I was nervous about my immigration status and my lack of mobility until my papers were processed. That was no pleasant experience. But it still wasn’t as bad as work and travel permit sagas I’ve experienced in Arab countries like Jordan, the UAE, and Egypt.

Anoud: I began writing in English at the advice of one of my tutors in college in Baghdad. I recall him telling me that Iraq was saturated with writers all debating the same realities (war, sanctions, feminism, politics, religion, etc.).

He advised me to reflect Iraq to the outside world, a world unfamiliar with life in Iraq. So, I suppose choosing to write fiction about Iraq in English started out as a mission. Now I just find myself more comfortable writing in English. But I do miss Arabic. I sometimes feel like the crow that forgot how to walk like a crow. I don’t know if I will write in Arabic again.

Riggs: Another story of yours, “Kahramana,” was featured in Iraq + 100, and it was also written in English. Why do you choose to write in English? Do you think you will ever write anything in Arabic?

Riggs: How did you get started writing? What drives you to write?

Anoud: I always told stories since I was a child. I often had a circle of other children listening to my stories or fibs. My mother tells me I spoke before I walked. I don’t know how it started. It just is.

What drives me . . . I want to say it’s a mission to educate readers about life in my neck of the woods just as I enjoyed learning from Russian realist classics and Latin American magical realism. We, as a human species, are curious about worlds outside our own and, from as early as humanity began dictating, we tell through stories. But then again, when I start to write, my drive has nothing to do with the external world, what readers take from my story, or if they hate it or love it. I write because I need to write. What my story achieves, if anything, is an added bonus.

Riggs: What are a few of your favorite books or authors?

Anoud: Gosh! Plenty! I grew up reading Egyptian feminist writers from the 1950s and 1960s like Ihsan Abdel Quddous, Palestinian classics like Ghassan Kanafani and Jabra Ibrahim Jabra as well as Russian and Latin American fiction, translated to Arabic in abundance. I love reading for all of them.

I write because my brain is gushing with all my experiences of violence and injustice. I hold a lot of anger and sadness, and that gushes out when I write.

But I have to say Ellen Douglas’s Can’t Quit You, Baby is one story that has resonated with me for a long time. Douglas is the kind of writer I aspire to be. When I read her novel, I was certain in one chapter that the writer was black, then with the next chapter I was certain the writer was white. Her insight into race relations in the American South was so honest and it felt—to me—so detached from all the baggage that comes with it. That ability to be colorless, blame-free and to make it look effortless, is a real talent.

Riggs: What do you think is one of the biggest challenges of writing for you?

Anoud: To convey more by saying less. I’ve been told that I cram too much in my short stories, that I don’t give my reader a break. Again, I write because my brain is gushing with all my experiences of violence and injustice. I hold a lot of anger and sadness, and that gushes out when I write. I need to learn to pace myself.

We, as a human species, are curious about worlds outside our own and, from as early as humanity began dictating, we tell through stories.

Riggs: Does writing tend to exhaust you or energize you? Do you tend to write all at once or a little bit at a time? When you aren’t writing, what do you do?

Anoud: Forcing myself to write during a dry spell is exhausting. When I finally catch fire, it’s a mix of thrill and anxiety. I am afraid to stop so I don’t lose a thought or lose momentum.

When I’m not writing or running chores, I tend to spend a lot of time doing nothing, literally. I stare at the ceiling for hours, or at the television watching a film I’ve seen for the twentieth time because it’s comforting and predictable.

We change the status quo by communicating with those who challenge us.

Riggs: What sorts of characters do you like to write about?

Anoud: It’s not that I like to write about them, but usually my protagonists are women dealing with some form of internal or external demon aimed at them because of their gender.

Riggs: As an author, what do you want your audience to take away after reading your work?

Anoud: First, I simply hope my readers don’t think my writing sucks. I don’t want to be the flavor of the month because where I was born makes me “newsworthy” with all the buzz about the travel ban and anti-Muslim statements. I also hope I get readers from the more conservative, right-leaning anti-immigration side. We change the status quo by communicating with those who challenge us. Reading, first, then travel, are what changed my views of other nations, races, and global issues over the years.

Riggs: What are your goals with writing, both in the near future and long term?

Anoud: I feel like I’m in a job interview. : ) I can’t really answer that question because writing, at least to me, is not a career choice. It is a need. I don’t write with a five-year plan in mind. My expectations do not dictate what or how I write. I’d be disappointed, and I’d not be true to myself, if I wrote because I wanted to succeed in the publishing world, sell books, or get interviews.

I’d like to maintain my anonymity, keep away from the noise and attention that comes with publishing, and I hope—wholeheartedly—that I don’t lose my drive to write content that is meaningful and relevant.

Editorial note: Deep Vellum Publishing will publish Banthology in the US on March 27, 2018.

Claire Riggs is an intern for World Literature Today. She is currently a sophomore at the University of Oklahoma pursuing degrees in both astrophysics and sociology. In her free time she enjoys drinking tea, reading books, and watching sunsets.