Denmark’s library of the future, Alejandro Zambra’s challenge to the literary genre, and more 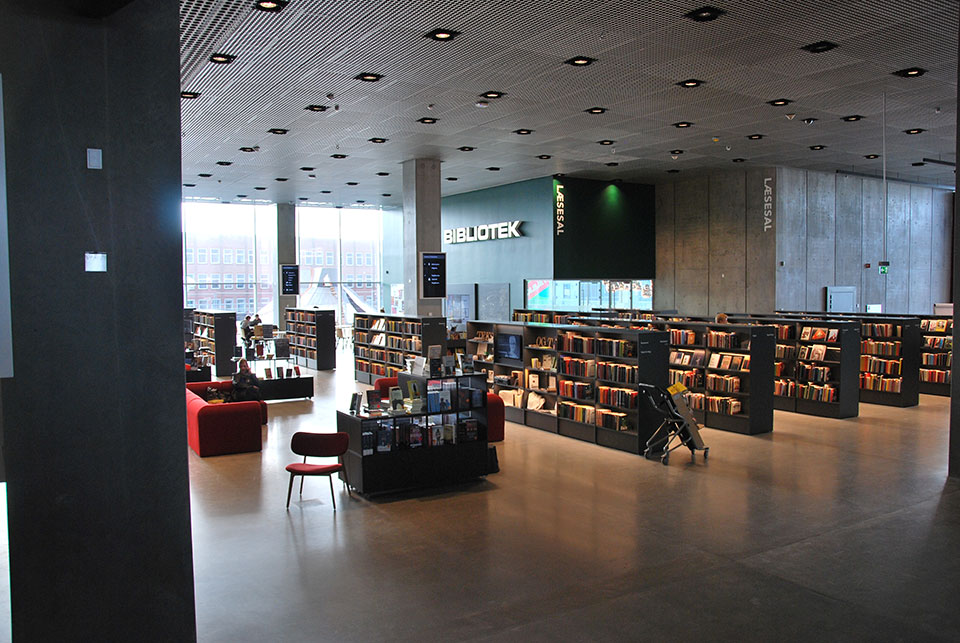 Interior of the DOKK1 library in Aarhus, Denmark. Photo by Zorro2212/Wikimedia

The 2016 Ruth Lilly and Dorothy Sargent Rosenberg Poetry Fellowship winners have been announced!

The shortlist for the 2016 Center for Fiction First Novel Prize has been announced, and WLT contributor and recent Neustadt juror Krys Lee is among the finalists!

In this Literary Hub essay, Adriana E. Ramírez discusses the black body and being a poet in the face of violence.

Former Neustadt juror Norman Manea has won the 2016 FIL Literary Award. You can read an in-depth review of his book Captives on the WLT blog.

An initiative has started to save Langston Hughes’s home in Harlem, where his typewriter is still on a shelf.

Several organizations are gaining momentum in advocating an end to Turkish limitations on expression, highlighting the plight of 29 publishers in Turkey and focusing on the release of jailed Turkish novelist Aslı Erdoğan.

Electric Literature’s Labor Day roundup of 11 books all feature characters, much like Herman Melville’s Bartleby, who have lousy jobs.

Via Slate, the library of the future is in Denmark, and it just won an international contest for the best public library of 2016.

The Paper and Salt blog has a new post that features Umberto Eco’s love of pizza and a recipe for what might be his actual “favorite” food, a dip called bagna cauda that appears in Eco’s last novels.