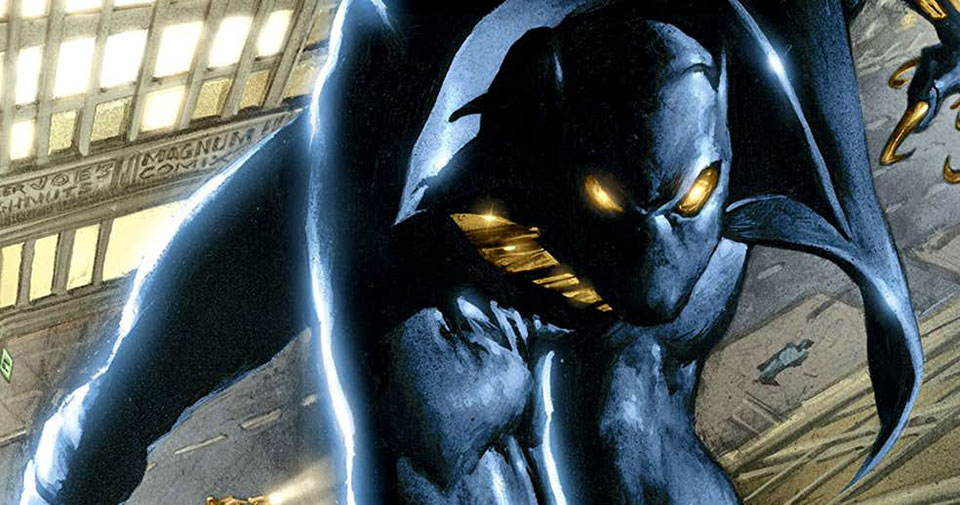 A detail from the cover to Black Panther Vol 3 #1, art by Mark Texeira and Joe Quesada. Marvel Comics.

PEN America has announced that it will honor Wa Lone and Kyaw Soe Oo with the 2018 PEN/Barbey Freedom to Write Award in May of this year. The imprisoned writers were arrested in December 2017 for their investigation of the violence in Myanmar’s Rakhine state. This is in line with the announcement of the theme for the PEN World Voices literary festival in April: “Resist and Reimagine.” For more on writing as inspired resistance, check out the January issue of WLT.

The winners of the 2018 Caldecott and Newbery Awards have been announced! Congratulations to Newbery winner Erin Entrada Kelly for her “outstanding contribution to children’s literature,” Hello, Universe, and to Caldecott winner Matthew Cordell for his “distinguished American picture book for children,” Wolf in the Snow.

Another special congratulations to Jacqueline Woodson, a 2017 NSK Neustadt finalist, for winning the 2018 (Laura Ingalls) Wilder Award, and to Nina LaCour, the 2018 Michael L. Printz Award winner for young-adult literature, for her book We Are Okay. To view more result, see the complete list of the 2018 American Library Association Youth Media Awards.

The longlist for the 2018 UK awards for children’s literature, including the Carnegie and Kate Greenaway medals, has been announce, revealing a more diverse list of authors in comparison to its highly criticized 2017 list. Among the nominated authors is Angie Thomas for The Hate U Give. Thomas was also chosen as the winner of the 2018 Odyssey and Morris Awards and will be visiting the University of Oklahoma, where WLT resides, next Friday! In addition, Sherman Alexie, the 2010 Puterbaugh fellow, has been awarded the Carnegie Medal in nonfiction for You Don’t Have to Say You Love Me: A Memoir.

February is Black History Month! To honor that history with your book selections, check out this list of classics and new must-reads by black authors.

Marvel’s Black Panther movie premieres this week to great critical acclaim. To get some backstory before you see the movie, check out Ta-Nehisi Coates’s interview with NPR discussing his choice to work on the comic; or, for a broader overview of the genre of afrofuturism, check out this brief history with some suggested reading on the side.

On the other side of the spectrum of speculation, the dystopian world has a new flavor of the week: Brexit literature. When the world around us feels as unsettling as any tale of theoretical turmoil, we can turn to these books to document, and occasionally make sense of, the madness.

Meanwhile, in Uganda political cartoons are offering some of the sharpest dissent against the government in a highly graphic manner. Uganda has long been a site of severe human rights violations and political unrest, not to mention suppression of dissenting media.

Natalie Diaz is curating a series on new poetry by indigenous women for Literary Hub. Inspired by the oral tradition of “song-maps,” this bi-weekly feature offers “myriad ways of ‘poetic’ and linguistic experience.” Varied in form and style, the poems exhibit new voice, and their authors’ biographies are given concurrently with the pieces, an interesting way to see into the poets’ minds and learn about them alongside their work.

In Japan, this earthquake-proof slanted bookshelf doubles as a jungle gym on rainy days.

Sometimes a slip of the tongue can be the most useful expression! Check out these words that came to be by mistake.

Ahead of the curve and already in love with Angie Thomas? Here’s what to read after The Hate U Give.

If fashion week captures your attention, check out these Fashion Forward reads.

If the Olympics are more your style, check out this Olympic reading list full of classics and new voices.