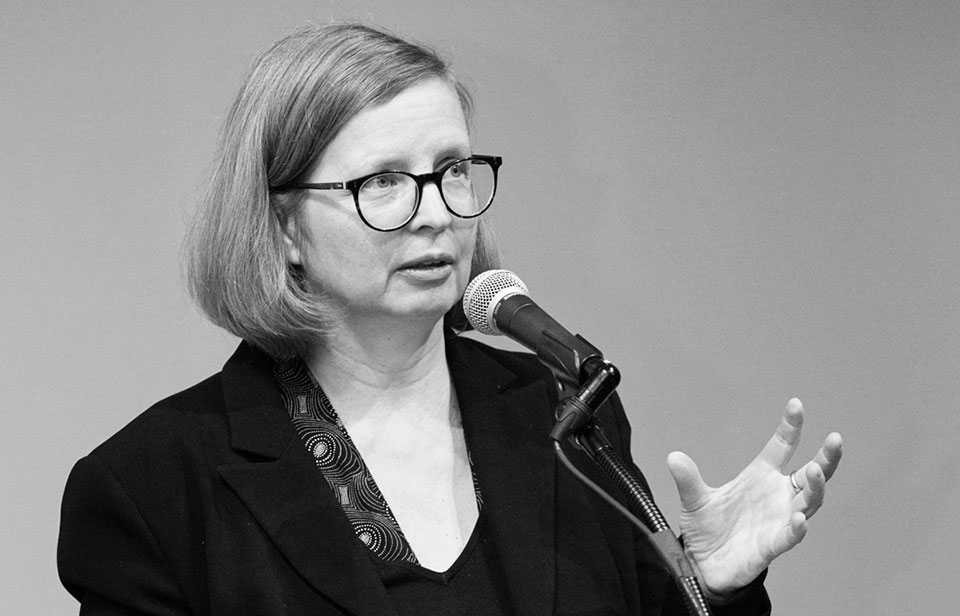 World-renowned novelist Jenny Erpenbeck is being honored this week at the 2018 Puterbaugh Festival of International Literature & Culture. Look for “Blind Spots,” her keynote talk, in the July 2018 issue of WLT, along with festival highlights and additional tributes.

This week would have marked the ninety-first birthday of Neustadt Prize laureate Gabriel García Márquez. Sherif Abdel Samad at Mada Masr provides a wonderfully rendered look at the life of a legend.

Two prestigious literary awards are in the news this week. Yale University has announced the winners of the Windham-Campbell Prizes. Among them are Lorna Goodison, who was a 2002 Neustadt Prize juror. Also, the Lambda Literary Awards revealed their finalists for 2018. Lambda honors LGBTQ-themed books.

Canada Reads! The CBC’s annual Battle of the Books pits celebrities and their favorite books against one another. They’ve even provided a toolkit for using the books in school. Whoever wins, we all read!

One the of most high-profile releases of the year dropped this week. The Atlantic reviews Children of Blood and Bone. The author, Tomi Adeyemi, made headlines after she received an unprecedented seven-figure advance and movie deal for her debut book.

The Chicago Tribune takes a look at the best YA lit of the moment.

Egyptian American novelist André Aciman sat down with the Daily Princetonian to discuss his career. Aciman is the author of Call Me by Your Name, the adaptation of which won Best Adapted Screenplay at this week’s Academy Awards.

Thursday was International Women’s Day. Lit Hub canonized famous female literary figures of the past, while The Cut noted the most off-the-wall attempts from corporations honoring the day.

St. Patrick’s Day is around the corner, and what better way to get ready that expanding your Irish vocab skills?

And finally, a getaway. Well, of the cerebral variety at least. Here are twenty must-see spots around the world that have a high literary pedigree.