Literature since the Fall, the end of Glas publishing, and more 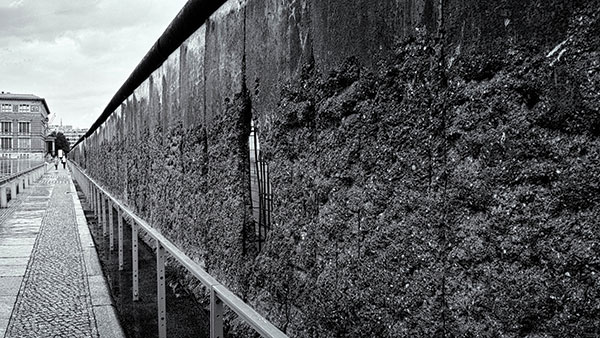 This week, the world remembered the fall of the Berlin Wall, which took place 25 years ago on November 9, 1989. This week, the Mantle provided a summary of the PEN World Voices Festival, which focused on Central European literature since the fall. (For more on how literature has changed in Central Europe in the past 25 years, see our special section in the November 2014 issue.)

Jenny Erpenbeck, the German author who graces the cover of the November issue of WLT, talked about love, loss, and her new novel, The End of Days, with NPR during this week’s coverage of the Berlin Wall anniversary.

We sadly note the end of an empire: Glas, the Russian publishing house that has helped translate over 170 authors over the last 20 years, announced plans to close last week.

We’re wishing a very happy anniversary to Restless Books this week! To celebrate, publisher Ilan Stavans (author of WLT-published essays “Should Books Be Sold?” and “Is American Literature Parochial?”) looks back at the first year and forward to what’s to come in 2015. (And, even better, several select titles are 50% off in the Restless Books store this week!)

Up at the Literature Across Frontiers website this week is a recording of a recent panel discussion about literature and exile, featuring three authors from the peripheries of Europe who are exiled in their own countries.

Did your picks make the second round? The semi-final voting period for the 2014 Goodreads Choice Awards is open until November 15.

This Saturday, stand in solidarity with PEN International and censored writers around the world with the event Day of the Imprisoned Writer.

Not all popular or famous books make it to the silver screen. This list of 11 well-known books have never (and may never) be made into film.

A new study looking at language and the brain discovered this week that learning new words activates the same parts of your brain as sex and drugs.