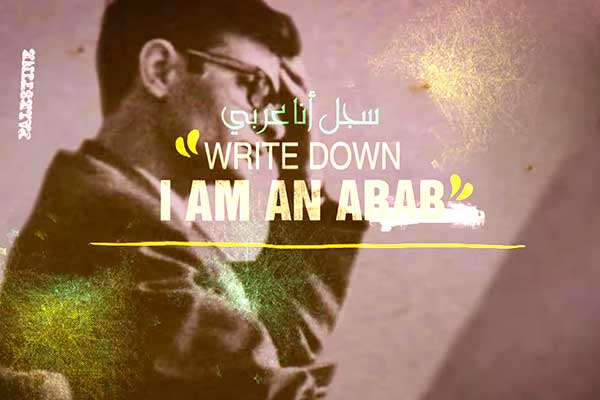 A new film, “Write Down, I Am an Arab,” will tell the story behind Mahmoud Darwish’s greatest love affair, with a Jewish woman he fell for when he was just 22 years old.

A new display of Wafaa Bilal’s “Ashes Series” photographs is now on display at the Driscoll Babcock Galleries, displaying tiny dioramas that paint the human cost of war.

The staff at the Mantle is looking for additional editors to add to their team. Specifically, they are looking for help in philosophy, books, and arts and culture.

Can Amazon ever truly take down the traditional bookstore? A Salon article from earlier this year declares that the independent bookstore lives, despite everything.

The two winners of the 2014 Griffin Poetry Prize were announced this week. Congratulations to poets Anne Carson and Brenda Hillman!

This year’s Banned Books Week theme has been announced! Join libraries and literary folk all over the world during the week of September 21-27 to celebrate graphic novels in all their forms and freedoms.

Happy World Cup kickoff week! To celebrate, make sure you read up on each of the participating countries. Here’s a reading list to get you started.

You’ve probably never thought of them as such, but in a recent piece for the Paris Review, Sadie Stein explains the poetry behind menu descriptions.

The next time you’re visiting New York City, make sure to stop by these charming independent bookstores during your trip.