A “Parthenon of Books” at the site of Nazi book burning, Laleh Khadivi on how people are radicalized, and more 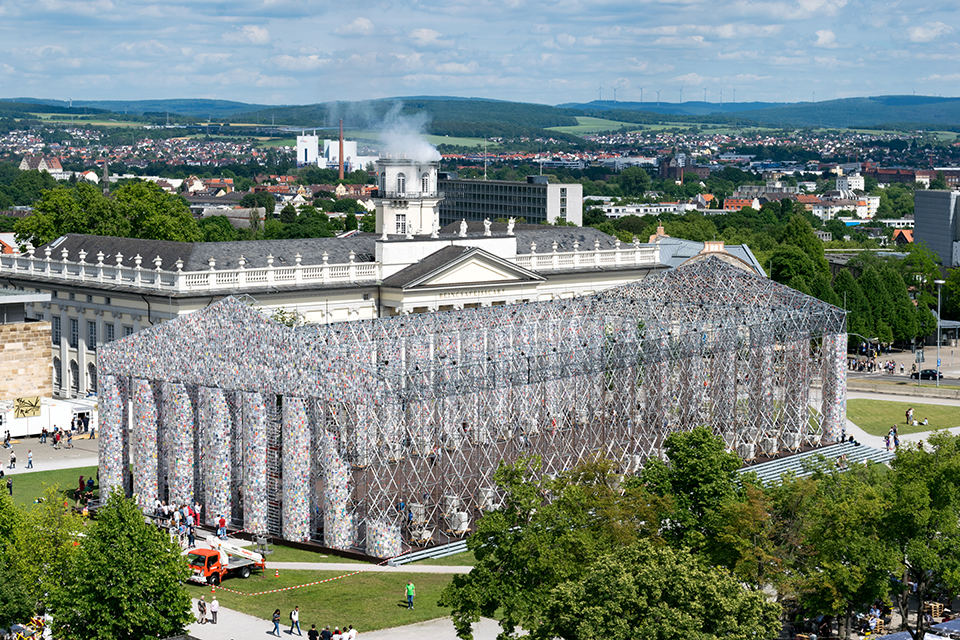 The Parthenon of Books behind the Museum Fridericianum. Wikimedia

A “Parthenon of Books” has been built at the site of Nazi book burning in central Germany. The monumental temple by Argentine artist Marta Minujin is made of banned books as a plea against all forms of censorship.

This Words Without Borders reading list for World Refugee Day contains stories of courage and strength by Maaza Mengiste, Lidija Dimkovska, and more. Book Riot rounded up “100 must-reads for World Refugee Day,” and for more, stay tuned for WLT’s September issue, which will feature migration stories.

Imprisoned writers Ahmet Altan, Mehmet Altan, and Nazlı Ilıcak, and 13 other writers have begun hearings in the first “coup” case against journalists in Turkey. Turkish author Aslı Erdoğan, who spent 132 days in an Istanbul prison, will share her story in the forthcoming September issue of WLT.

Recent WLT contributor Laleh Khadivi traces the route to radicalization in her new book, A Good Country, which is the final novel in a trilogy that follows the lives of three generations of Kurdish men.

For Pride Month, peruse the Academy of American Poets’ archive of featured LGBTQ poetry, or read Nausheen Eusuf’s poem “Not Elegy, But Eros,” published this week on the WLT blog.

In this NPR interview, Sherman Alexie discusses his new memoir about his mother and his childhood on the Spokane Indian Reservation.

Recent WLT contributor Peter Constantine is the editor in chief of a new literary journal titled New Poetry in Translation.

In this video, the Times of India overviews the best works of Neustadt Prize laureate Rohinton Mistry.

Neustadt Prize laureate Adam Zagajewski has been awarded the 2017 Princess of Asturias Award for Literature.

A misspelled author’s name and bad grammar afoul, the Guardian rounds up the most famous typos from early editions of books by James Joyce, JK Rowling, Jonathan Franzen, and more.

Chuck Palahniuk is releasing a second coloring book novella that pairs his stories with illustrations from various artists.