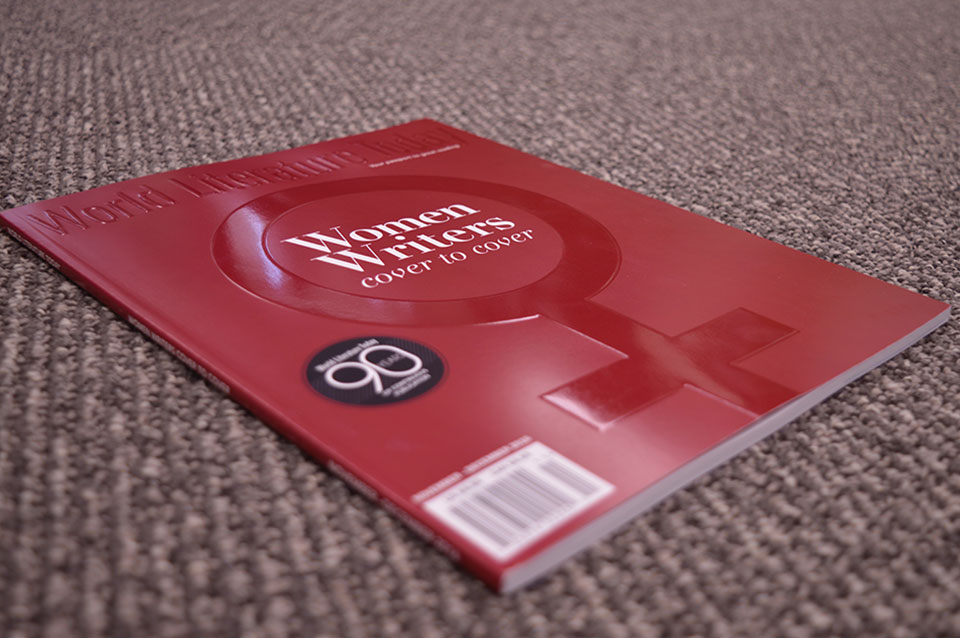 In its November 2016 issue, World Literature Today honors women writers, and Barnes & Noble has responded with an unprecedented campaign to feature the magazine in all of its stores in every state.

For the first time in the magazine’s 90-year history, all authors, translators, and subjects of reviews are women contributing essays, fiction, poetry, interviews, and reviews spanning the globe. In “Of Gatekeepers and Bedtime Stories: The Ongoing Struggle to Make Women’s Voices Heard,” writer and translator Alison Anderson says that until parity is achieved, such “conscious, practical efforts [are needed] to give women writers the place they deserve.”

In this historic special issue of a famous magazine, WLT shows how the world of literature populated solely by women might look and includes city profiles, helpful reading lists, and global-culture features by female contributors.