NORMAN, Okla. (June 18, 2013) – World Literature Today, the award-winning international literature and culture magazine, today announced the jury panel for the 2014 Neustadt International Prize for Literature, the most prestigious international literary award given in the United States. The nine-member jury consists of the highly respected and award-winning authors Lauren Camp, Ananda Devi, Gabriella Ghermandi, Fady Joudah, Laleh Khadivi, Andrew Lam, Krys Lee, Deji Olukotun and Cristina Rivera-Garza. During the past four decades, seven Neustadt jurors have gone on to win a Nobel Prize, so the jurors themselves are notable writers.

In the next stage of the awards process, jury members will each nominate an author whom they believe has made important contributions in the literary world. The jury will then vote on the shortlist of nominees when they convene to select the winner of the prize. Neustadt winners, who are announced at a festival at the University of Oklahoma in November, receive $50,000, a replica of an eagle feather cast in silver and a certificate of recognition. The shortlist of 2014 nominees will be announced in mid-July. 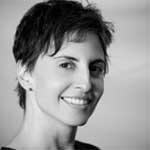 Camp is a poet, artist and performer. She is the author of a book of poems, This Business of Wisdom, and more than 150 of her poems have been publshed in journals and anthologies. Her series of jazz portraits, The Fabric of Jazz: A Tribute to the Genius of American Music, toured museums in the United States in 2004-2007. 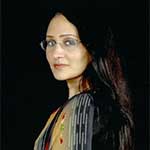 Devi, considered a childhood prodigy in her native Mauritius, first rose to prominence by winning a literary contest organized by Radio France at the age of 15. She has since become a prominent figure in French-language literature. Her novels Eve de ses Décombres, Rue la Poudrière, Le Rêve carnassier and L’Arbre-fouet have won numerous awards and recognitions. Devi also authors socio-anthropological studies in both English and French. 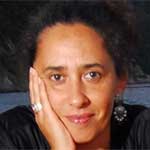 Ghermandi is an Ethiopian-Italian writer and performer. She is one of the founders of the magazine El Ghibli, and also has served as the artistic director of the cultural and arts festival Evocamondi. Ghermandi’s stories have been published in several collections and journals; her first novel, Queen of Flowers and Pearls, was published in 2007. 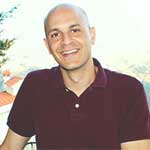 Joudah is a Palestinian-American poet and physician. He is the 2007 winner of the Yale Series of Younger Poets Competition for his collection of poems, The Earth in the Attic. His translations of Arabic poetry have earned him a PEN USA award and a Banipal Prize from the United Kingdom, and he received the 2013 Griffin Poetry Prize for his translations of Ghassan Zaqtan’s poetry. 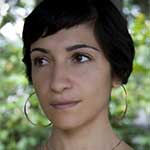 Khadivi is an Iranian-American novelist and filmmaker. Her first novel, The Age of Orphans, has won three awards: the Whiting Award for Fiction, Barnes & Noble Discover New Writers Award and Emory Fiction Fellowship. She recently published The Walking, the second novel in her trilogy about Kurdish immigrants. Khadivi also has worked extensively as a documentary filmmaker, most recently on 900 Women, which aired on A&E and premiered at the Human Rights Watch Film Festival. 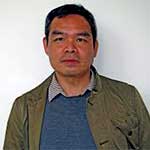 Lam is a Vietnamese-American writer and journalist. While attending San Francisco State University, he began writing for Pacific News Service and in 1993 won the Outstanding Young Journalist Award from the Society of Professional Journalists. He currently is a web editor of New American Media as well as a journalist and short-story writer. In 2005, he published a collection of essays, Perfume Dreams, which deals with issues of of identity facing Vietnamese living in the United States. Perfume Dreams won the PEN Beyond Margins Award the following year. 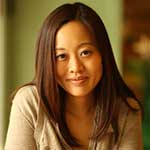 Lee was born in Seoul, South Korea, but was raised in California and Washington and studied in the United States and England. Her work has appeared in the Kenyon Review, Narrative, Granta (New Voices), California Quarterly, Asia Weekly, the Guardian, New Statesman, and Condé Nast Traveller. She has been shortlisted for the BBC International Story Prize, won the Story Prize Spotlight Award, named a finalist for Best New American Voices in 2006, and received a special mention in Pushcart Prize XXXVI. She also writes reviews for the Financial Times and San Francisco Chronicle. Drifting Houses is her first book. 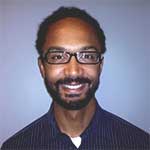 Olukotun is the Ford Foundation Freedom to Write Fellow at the PEN American Center. He is a bar-admitted attorney whose writing has been published in numerous journals, including Guernica, Words Without Borders and World Literature Today as well as in international law journals. His story “Home Affairs” was nominated for the Pushcart Prize in 2010. His novel Nigerians in Space will be published by Ricochet Books in fall 2013. 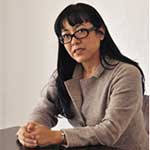 Rivera-Garza, originally from Mexico, is an English and Spanish writer whose work has been translated into five languages. She has received various awards, including the 2001 Iberoamerican Sor Juana Ines de la Cruz-FIL and the 2005 Anna Seghers Prize. Currently, she is a columnist for the Mexican newspaper Milenio and writes a blog, No hay tal lugar.

The Neustadt International Prize for Literature is a $50,000 biennial prize funded by a generous endowment from the Neustadt family of Ardmore, Okla. and Dallas. The Neustadt Prize is the first international literary award of its scope to originate in the United States and is one of the very few international prizes for which poets, novelists and playwrights are equally eligible. The charter of the award stipulates that the Neustadt Prize be conferred solely on the basis of literary merit, and each laureate is chosen by a jury of writers that World Literature Today convenes on the University of Oklahoma campus.

Founded in 1927, World Literature Today is the University of Oklahoma’s bimonthly magazine of international literature and culture. The mission of WLT is to serve the international, state and university communities by achieving excellence as a literary publication, a sponsor of literary prizes, and a cultural center for students. Now in its ninth decade of continuous publication, WLT has been recognized by the Nobel Prize committee as one of the “best edited and most informative literary publications” in the world, and was recently called “an excellent source of writings from around the globe by authors who write as if their lives depend on it” (Utne Reader, January 2005).

Photo by John Fisher Manoomin. It is the first Ojibwe word I will learn. It means wild rice, or “food that grows on water.” The...
June 30, 2020 | Elizabeth Rae Stevens