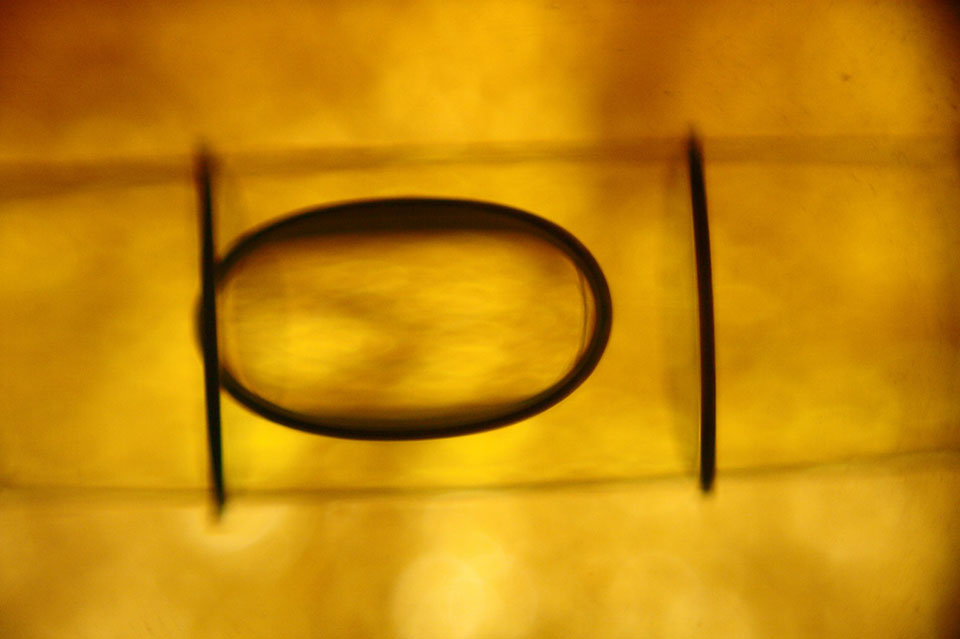 A house is something that stands up to a slope
by what it confronts on every side.
But take note: say house in this country
and three crammed rooms is what you describe.

Here there is no urge to move up or away,
no gradual ascension, no light
except what wire and glass permit.
The uniformity is sensible and cheap.

Behind a gray and anonymous wall
stairs hoist you from the street
up to the so-called house, and later
let you drop back, right to the same spot.

Never essential, only mechanical, may
the rhythm of your heart and your ribcage
heave a bit to rise above a deadly spirit level
while you knock together a new day.

Yes I’m still here and maybe I won’t ever have to go
you think when you startle awake deep in the night.
What you have to leave behind won’t vanish once you’re no longer
keeping watch,
you keep what you can and the rest has a life of its own,
sometimes within reach, untouched by decay,
captured in amber, immune to the most recent day:
you cast an astonished glance through the bars of time
where all that has vanished not wanting to vanish waits for you
and you’re drawn further toward the infinite
time after time when you startle awake deep in the night.

Emptiness – that’s what a person comes to be filled with –
increases profusely, becoming gradually excessive.

paired with niggling inconvenience:
not really a legitimate grievance.

Before, you were deep in the day-after-day,
now there’s seldom anything to accomplish –

completely unsuitable, even at the end,
you keep evading the compulsion to persist.

I’ve nothing for hands and feet here,
the rest was lost in transit:
the dazed heart, the nervous tension –
then again, what would be made of them?

To compare what’s been lost
to what’s around, to grasp at light and sound
though I don’t look or listen,
I still have the senses on my face.

And in my breast and belly space
I apprehend something else was in that place.
Who’d have known that emptiness would be
so heavy, that being unimpeded would result in such a bind?

Translations from the Afrikaans
By Jacquelyn Pope

Elisabeth Eybers (1915–2007) was the first woman to publish a volume of poetry in Afrikaans in 1936. She emigrated to the Netherlands in 1961, where she continued to write in Afrikaans, publishing twenty-one collections of poetry during her lifetime.