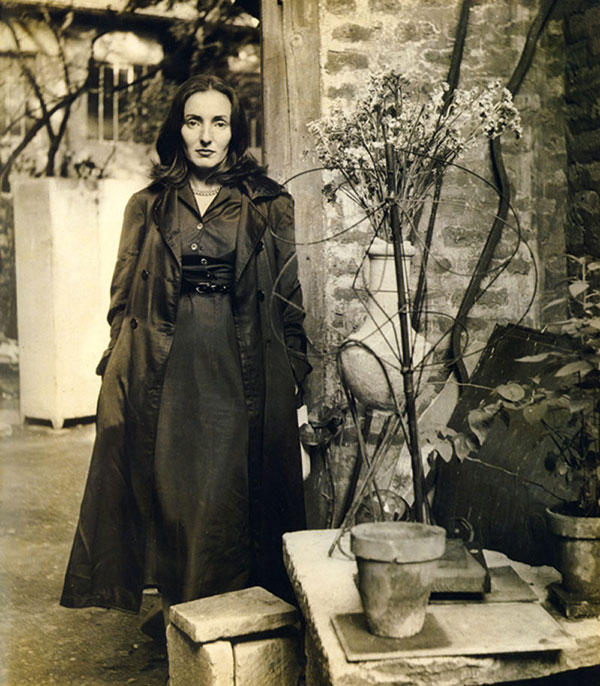 Translator’s note: Idea Vilariño (1920–2009) is an essential figure in South American poetry, one of only three women poets featured in Copper Canyon’s 2014 anthology Pinholes of the Night: Essential Poems from Latin America. Vilariño prided herself in her independence; on being a poet, not a poetess; and spent her life as a teacher and professor of literature. She was one of the few women members of the Generation of ’45 group of Uruguayan writers, whose legacy still casts a long shadow over contemporary writers and which included such writers as Mario Benedetti and, as an ex-officio Argentine member, Jorge Luis Borges.

The Cervantes Prize–winning novelist Juan Carlos Onetti was the most senior member of that group. Vilariño and Onetti carried on a love affair that is one of the most famous in South American literature, a match for Frida Kahlo and Diego Rivera, Sylvia Plath and Ted Hughes, or, to leave the world of literature, Lauren Bacall and Humphrey Bogart. Vilariño was very beautiful, resembling a young Lauren Bacall. Onetti was eleven years her senior and, in photos at least, ugly as a frog in heavy, thick-lensed glasses. In response to their love, Vilariño wrote her best-known book, Poemas de amor / Love Poems.

Poemas de amor is dedicated to Onetti, and he is the amor (love) referred to in the poems. The first edition, published in 1957, predates Sylvia Plath and Anne Sexton but has much in common with their work. It is a short but intense book, full of poems about sexuality and what it means to be a woman, written in a strong, often angry voice. In 1974 Onetti was imprisoned by the Uruguayan military dictatorship for six months, which provoked an international campaign to free him, with famous writers such as Gabriel García Márquez and Mario Vargas Llosa writing letters on his behalf. He then went into exile, as did nearly all the members of the Generation of ’45, leaving Idea Vilariño, stripped by the dictatorship of her teaching post, alone and isolated in Montevideo.

Vilariño wrote many other books, but she continued to revise and expand Poems de amor, her own Leaves of Grass, through editions that grew in length through the decades until a final edition in 2006, three years before her death and years after Onetti’s death in exile in Spain, far from Vilariño. In the end, for Vilariño, Poemas de amor came to be more than a book about single and singular love. It stands as a testament to both the necessity and the impossibility of love in this world, especially for a passionate, independent woman determined to speak with her own voice. – Jesse Lee Kercheval

The whole spring
with pigeons and stalks and hurricanes
with buckets of warm water
with a voluminous butterfly
fluttering plush
with a garden a forest a grove
populated by humidity and rotting leaves
and fragrances and mists and whiffs of air
and fierce roots and why not
the whole spring was emptied out
breathing sinking
panting in my bed.

Now you’re gone. I smell
your place in bed
your heat that still remains
and at the same time bitter
alienated I know
I am still alone and that
it will be only my body
the sweet the possessed
and never you
that will gather up my life.

Translations from the Spanish
By Jesse Lee Kercheval

Idea Vilariño (18 August 1920–28 April 2009) was an Uruguayan poet, essayist, and literary critic and a well-known member of the literary and intellectual group known as the Generation of ’45, which included Juan Carlos Onetti, Mario Benedetti, Amanda Berenguer, and, as an ex-officio Argentine member, Jorge Luis Borges. She was a high school literature teacher from 1952 until the military dictatorship in 1973. After the restoration of democracy until her death, she was a professor of literature at the Universidad de la República in Montevideo. She was the author of twelve books of poetry, among the best known of which are Nocturnos (1955) and Poemas de amor (1957). Her collected poems, Poesía completa, was published in Uruguay in 2009. She was also the author of five books of essays and literary criticism.

Jesse Lee Kercheval’s poetry collections include Dog Angel (University of Pittsburgh Press) and World as Dictionary (Carnegie Mellon University Press). In May 2015 Editorial Yaugarú in Uruguay published her bilingual poetry collection Extranjera / Stranger. Her translations of the Uruguayan poet Circe Maia have appeared in such magazines as The New Yorker, Boston Review, and American Poetry Review. The University of Pittsburgh Press will publish Invisible Bridge / El puente invisible: Selected Poems of Circe Maia in August 2015. Kercheval is also the editor of América invertida: An Anthology of Younger Uruguayan Poets, which is forthcoming from the University of New Mexico Press. She is the Zona Gale Professor of English at the University of Wisconsin–Madison where she also directs the Program in Creative Writing