Just like that, we used to talk together in the café, not sitting down
Standing instead so that the stories could trickle from us
Like streams.
We propped our elbows on the bar
While the coffee in our cups willed us to pry open its secrets
And read the world in its dregs
And peer down at stories through its monocle,
Wherever we might find ourselves, hungry for more,
Out-talking even death and its machinery.

You were the storyteller curling smoke from your pipe
While in the café I could see the burning timbers
Of childhood winters with cakes at my grandparents’ home,
With wolves outside and the moon covering her eyes lest she should be blinded by ice.

You talked with a small candle planted in your teeth
A sun in your mouth
To warm the words so that the stories would grow and multiply,
Biblical, almost.

Women and men and children swarmed the stories like an orderly hive,
Even when the words about them filled with a fear and loss
We couldn’t swat away.
And then you would say – stories are ever shifting shapes,
Benign predators adored and cherished and then released into the wilderness,
And I would say – stories are the tremors of our bodies,
They are orange coloured and they have that we can’t possess,
The power of life and death.

While we talked like this, between interruptions and waiting,
I drained the coffee to its dregs, its cuneiform remnants
A dead end in a road where no-one travelled.

You see, you said at last, stories are objects
We avoid not to disturb and turn in our hands
And do not caress like we ought,
Maybe because they cannot transcribe that something received at birth,
But only pass, ash-grey, into corners, where they will be left alone,
Without anyone haranguing them for being stories and saying nothing needed to be said.

Strindberg’s Last Walk in the Snow

After days of sleep and sunlit nights,
Clad in a morning suit and top hat,
He wandered out of prison.

He wore a gallant smile,
Ready to exchange
Light pleasantries with passersby,
Words that could fill the vacuum of the hours,
Like water shifting in a jar.

Greetings crossed through him,
Raised hats and mirrored hands
Passed, unseeing, through his body,
As if tearing back a shapeless fog.

Orphan spectre at the corner of Queen’s Street,
Custodian of lives unravelling on,
Caught, in a photograph, winter-still,
In snow-stained Sunday best,
Top-hatted alchemist,
In that last snow of 1912.

I watch them closely,
from a height, as if tracing on a map
joys snuffed out like distant things in the horizon
and that horizon, pillowed with cloud,
slipping still away
my friends hang on the rim of my being
their eyes aglow
with bare deserts

The time we squandered
Wears the face of counterfeit coins
It stormed past us, tumultuously,
Aping revolutions
And now turns back,
Sweeping the creases of valleys,

The time we squandered
Is the colour of earth and of the grass
Where my friends, vagrant through unutterable truths,
Heritors of glass empires,
Peddlers of wood,
Hanging on the rim of death
Glow from their graves.

Translations from the Romanian 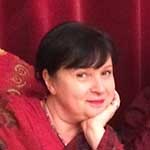 Ruxandra Cesereanu (b. 1963) is one of Romania’s foremost literary figures, having achieved international acclaim as a poet, novelist, essayist, and literary critic. Her attainments have been noted in Who’s Who in Contemporary Women’s Writing (Routledge, 2001) and The Columbia Literary History of Eastern Europe since 1945 (Columbia University Press, 2008). Cesereanu’s body of work ranges from her exploration of femininity and eroticism in her poetry and prose to an engagement with Romania’s communist legacy in her essays and journalism. Three of her poetry collections (Schizoid Ocean, Lunacies, and Crusader-Woman) have been translated into English. 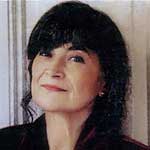 Gabriela Melinescu (b. 1942) is an essayist, writer, poet, and translator. She published seven poetry collections in Romania and continued writing after she emigrated to Sweden in 1975, where she was the recipient of several literary prizes. She was in a relationship with the celebrated Romanian poet Nichita Stănescu and inspired many of his poems. 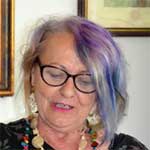 Ioana Ileana Ștețco was born in September 1952 in Borșa, Maramureş. A member of the Romanian Writers’ Union and labeled the “subtle alchemist of existential melancholy,” she has published three poetry collections spanning four decades. Her poems have been described as “remarkably vivid, tumultuous, overwhelming and grave.” Ștețco’s collections have won several national poetry prizes. Her latest collection, Pay Attention, Madam, was published in 2016. 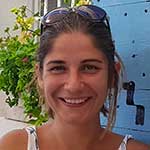 Gabi Reigh won the Stephen Spender Prize in 2017. She has also translated Poems of Light by Lucian Blaga and two novels by Mihail Sebastian.