Seine, you flow,
at a good pace, deep under the melancholic bridges,
you bathe the Île de la Cité,
where Notre-Dame reigns, a crystal of breath,
with its square towers. You welcome
– yellow like the yellow stars –
the worn leaves from the quays’ poplars:
thus you welcomed the one who said
that the poet’s homeland is language,
even if the language is German
and the poet, a Jew.

You welcomed him like a fragile leaf
from a tired tree
at the heart of your chilly, dense currents.
And he, to whom you must have appeared
like a stream of ever-present memories,
he, who carried a heavy enough load
of exiled language, of doubts and suffering,
found in you a pillow of poppies
where he could rest forever.[i]

Whether or not art has meaning,
her search for it was steadfast.

With her tireless charcoal,
with the burin, with the gouge
she pried into the wounds of the poor.
She drew the distressing flesh of the consumptives,
pallid in loose, old clothes;
and many children, clinging to weeping mothers.
She drew workers crowded together
in narrow rooms,
all the lost souls of the neighborhood, who received,
as they said, kindhearted attention, from a doctor,
her husband.
And she made portraits of herself
many times. Sad, tough, looking at
life that death took away
– her younger son in the First World War
and a grandson in the Second. But she did not allow
death to break her: she fought
with a spirit capable of giving life to mud.
Now, in the neighborhood where she lived – Prenzlauer Berg –
in the street and the square that bear her name,
in this neighborhood where misery was everywhere,
there are stylish boutiques, cafés, and pizzerias,
restaurants with terraces open until late hours,
with heaters and blankets. It’s a neighborhood,
let us say, emerging.
But her shadow, stubborn,
still lives among the trees,
creeps into one’s soul.

Translations from the Catalan

[i] The poem refers to Paul Celan, born Paul Antschel, a German-language poet and translator, born in Romania to a German-speaking Jewish family. His parents died in the Holocaust. He committed suicide in Paris on April 20, 1970. 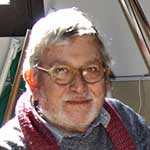 Narcís Comadira (b. 1942) is a highly prized contemporary Catalan poet. He has an extensive poetic oeuvre but is also a playwright, a cultural and literary critic, a translator of English and Italian poets, and a dedicated painter. In 2018 he was awarded a doctor honoris causa by the University of Girona for his rich and varied cultural contributions to Catalonia. 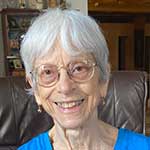 Sonia Alland translates from the French and the Catalan. Her works by the French writer Marie Bronsard include The Hermitage (2001) and The Legend (2013). Also from the French are the poems of Salah Al Hamdani: Baghdad Mon Amour (2008) and Baghdad, Adieu (2018). Translations from the Catalan include Portbou: A Catalan Memoir with Selected Stories from We, Women, by Maria Mercè Roca (2020), and selections from the work of the Catalan poets Salvador Espriu and Narcís Comadira.