Two Poems from the Philippines 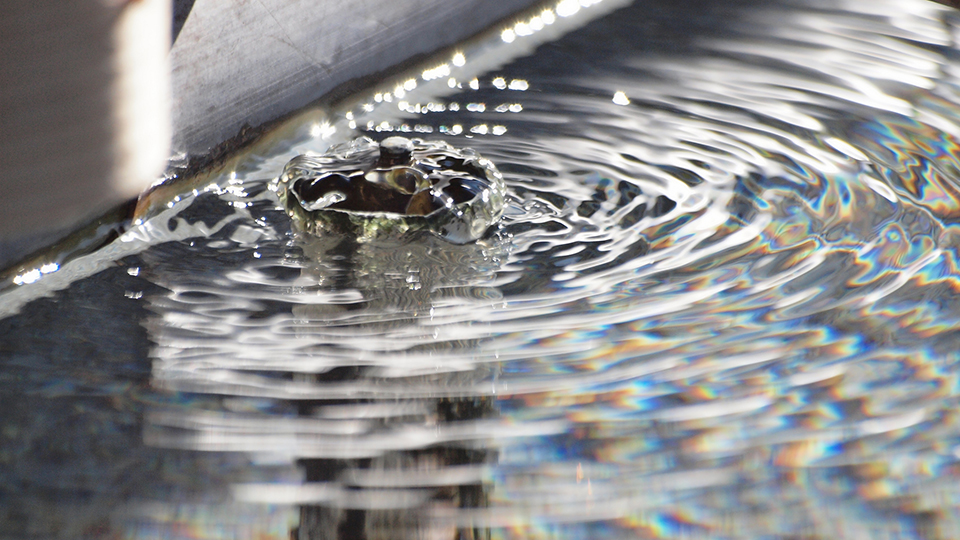 She is a man in her late forties and nobody knows when she was born or when she built a silvery house at the notorious feet of the mountain, it’s where, people in the city would say, our inner peace deserts us. When no shadow is spilled in the city, she burns the letters she has written to herself, that’s when past is noticed like an animal eating the leaves of a tree until the tree is no longer a tree, no longer anyone’s property, and how through that she feels her body deserves a honeybee wax and the most wholesome death. She is not a mood. She is a state of being, like toughened brown clay, what you want to disfigure or now undoing for the ghost festival. People in the city tell their children to behave or else she would soon snare them into her house and make their bones cold embers. Demons openly made by those who don’t live with her. When the city started a campaign to put live wires in hot areas where birds frequent so that birds will die the moment they step on those, so that birds will not come any longer, so that mercy songs will not be heard any longer, so that people will not think something is not quite right, with slight fever she ardently burned her silvery house and started building another beside the ash. People in the city saw it. The high flames that made the night inexact, sliced tablet for secret wounds whose other half displaced in an oblique world. When a sparrow nears a hot area soon after, someone in the city says please, mercy. The street a morning march amidst death: of feathers pushed to sides only by the dolorous weight of human breath. No other air girdles the city, no other air.

I have a notebook called Heart. I have started writing on it every single day
since I surmised that love, like my fairy godmother,
like my princess costume filched from a small fire,
like my horrendous father, could have been there too in the minefield
beginning of my life.

When one day I felt mostly anger
had made already more than half of my notebook, I tore those pages, days whipped
and macerated them in running water. I read what I could, loudly,
they widened a crevice to a secret, they etched a stranger, they told me to pray
they took away all my shoes and slippers and bags, they closed the gate,
while losing all of them until I reached a moment when my imaginary friend crawled
out under my borrowed bed.
He had the same smile, how I missed that smile.
But I realized he was not smiling to me as he was beckoning
my sister who just figured out how to get herself
into the windowless, moonless basement where I had been locked up
sexless many beleaguered days past that enshrined minute.
With her, a platter of rice, leafy vegetables, and steamed chicken in peanut sauce.
She looked at me and smiled without showing her teeth.
She didn’t speak. Nor stayed longer than my utterance of the word relief.
And as soon as she got herself out, she died—I heard she died.
I didn’t know why. Didn’t have the chance to see her anymore.

And my sister, incompletely tired of me, immortal, always
figuring out when and how to lead herself is one of you, you, you— 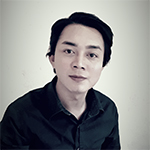 B. B. P. Hosmillo is a queer and anticolonial writer from the Philippines. He is the author of Breed Me: a sentence without a subject / Phối giống tôi: một câu không chủ đề (AJAR Press, 2016), with Vietnamese translation by Hanoi-based poets Nhã Thuyên and Hải Yến. His writing is anthologized in Bettering American Poetry 2015 and has appeared in SAND: Berlin’s English Literary Journal, The Nottingham Review, Tupelo Quarterly, and Transnational Literature, among many others. His interviews can be read in Misfits Magazine (UK) and VIDA: Women in Literary Arts. He is the founder of Queer Southeast Asia: a literary journal of transgressive art, a poetry reader for BOAAT Journal, and occasionally a guest poetry editor for Cha: An Asian Literary Journal. He is currently the associate expert at the International Information and Networking Centre for Intangible Cultural Heritage in the Asia-Pacific Region under the auspices of UNESCO in South Korea, where he is finishing his next book, Black Paradise.