Letter from London: “Nordic Matters” and Literature from the Brink 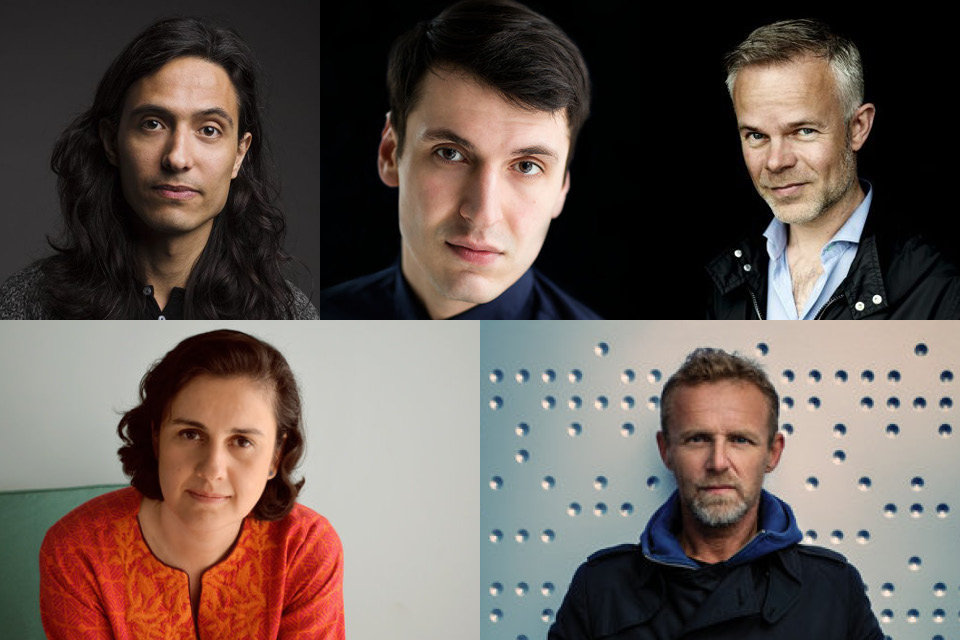 On a recent Saturday, the Southbank Centre in central London was home to a lively debate about the power of words. Hosted as part of the London Literature Festival (October 13–November 1) and the centre’s yearlong “Nordic Matters,” an exploration of the arts in Nordic countries, a series of panels posed to British and Scandinavian writers a bevy of questions about the role of literature in tackling societal issues, the question of identity, and what home means. But if attendees were hoping for a banner-ready rallying cry for the power of fiction in ominous times, they may well have been disappointed. Instead, panelists offered nuanced and complex thoughts on how literature interacts with the world—and how far words can go when it comes to effecting change.

The focus on Nordic writers comes at a time when Scandinavian storytellers are once again in the spotlight. Jo Nesbø’s The Snowman is the subject of a recent film adaptation that has given rise to Internet memes and widespread advertising, serving as a very prominent example of the kind of narrative that has in recent decades become the most well known from this part of the world. Crime and autofiction, according to panelists, have come to define “Nordic literature” in translation, a narrow view that their own work largely complicates.

“It will always be a reduction,” author Tore Renberg said during a related session during the week. “We will always feel it limits the space.”

Swedish author Jonas Hassen Khemiri discussed the adjacent issue of mass generalization about life in Nordic countries, pointing to either hyperromanticized ideas of the Scandinavian countries or overly critical denunciations of supposed immigrant-related crime spikes. His most recent work explores the aftermath of an unexpected death, and he wrote it with an eye toward those two polar extremes in order to create something that existed between these “black-and-white” images.

His own life experiences also undercut another issue facing the very nature of the term “Nordic fiction.” Much like fellow panelist Pajtim Statovci, who has lived in Finland for most of his life, Khemiri, who grew up in a multicultural and multilingual family, expressed a complicated relationship with national identity, one that words played a role in understanding. While Khemiri took comfort in words even as a child, Statovci expressed a sense that by writing he was able to represent himself in a way that, as an immigrant who didn’t feel like an outsider until that identity was thrust on him by others, he had not been able to do on his own. The concept of what it means to be Nordic is changing, and both of these authors are on the forefront of shaping that change in understanding through literature.

The concept of what it means to be Nordic is changing, and these authors are on the forefront of shaping that change in understanding through literature.

But what roles does literature have in making change? As the world shifts and feels increasingly precarious each day, a consensus in the arts community has been that literature can and must play a role in building a better world. The weekend’s panels all fell under the umbrella title “World on the Brink,” suggesting that literature is central to the way societies respond to moments of crisis. But the relationship between writing and real-world effect seemed more complex and indirect during these panels, and the importance of literature was not muted so much as nuanced.

“We ask the wrong things of literature,” Kamila Shamsie, author of the acclaimed Home Fire, said. Highlighting the power of literature to serve as a source of strength, she was skeptical of how literature can directly reshape harmful public policies. “Words can save our lives, but not change the world.”

Khemiri expressed a similar sense of literature as a possible motivator but not the sole catalyst for change. Having written an open letter to a Swedish government official following the implementation of a national-security policy that amounted to racial profiling, Khemiri reflected on what his role in the subsequent debate was.

“That letter was published, but it wasn’t my text that created change,” he said, saying that the real source of change was the movement that emerged around his open letter, which served more as an opening for a larger conversation than an end in itself. But that is important in and of itself, according to the panelists, because as Khemiri said, “Once you write it down it becomes a testimony, and no one can say they didn’t know.”

By straddling countries, cultures, and languages, the authors challenged the literary community to not become complacent in assuming that the effort of writing can be fully conflated with the struggle to effect change.

Given the central idea of the day’s programming that we are living on the brink—a term that implies near-inevitable change and possible instability—it would have been easy to lean on self-gratifying slogans about the power of words to save us. Instead, the speakers resisted sentimentality and gave complex thoughts on what home, identity, and literature can mean in a changing world. By straddling countries, cultures, and languages, the authors who spoke challenged the literary community to not become complacent in assuming that the effort of writing can be fully conflated with the struggle to effect change. If the day had a takeaway, it was that literature does have a role to play in our troubled times, but it’s one that can only be realized if people are inspired by works of fiction to change the world around them.