A Brief Conversation with Richard Mason 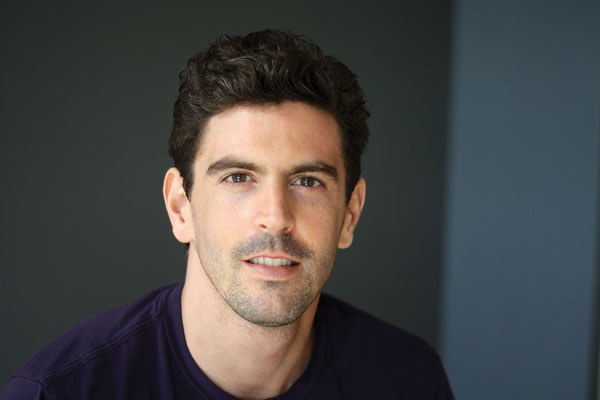 Richard Mason’s first novel, The Drowning People, published when he was twenty-one, sold more than a million copies worldwide and won Italy’s Grinzane Cavour Prize for Best First Novel. Born in South Africa in 1978, he is also the author of Natural Elements, which the Washington Post chose as one of the best books of 2009. In 1999 Mason, with Nobel laureate Archbishop Desmond Tutu, started the Kay Mason Foundation (www.kaymasonfoundation.org), which helps disadvantaged South Africans access quality education.

WLT: The South African hillside where you sometimes live and farm sounds quite unlike the first-class accommodations Piet Barol pursued in History of a Pleasure Seeker. How did you end up there?

Richard Mason: When Piet Barol reached South Africa, I knew I could not continue his story. I knew what happened to him, but I did not know the people among whom it happened. I wanted to bring the richness of South Africa’s Xhosa society to life—with the confidence I had brought to the European characters in History of a Pleasure Seeker. As a white child raised in South Africa under the Apartheid regime, it was impossible for me to render truthfully a story that involved black Africans. There was only one thing to do: leave my comfortable nineteenth-century house in Scotland and go live in the rural Eastern Cape.

WLT: What is a typical day there like for you?

RM: When we first set up camp on a barren hillside, with the hope of founding an institution of higher learning, the Lulutho team and I slept in store-bought camping tents. I knew that in order to learn what I needed to know to write a truthful book, I should give something first—so I decided to build on my experience with the Kay Mason Foundation—which educates exceptional kids—to try to create a learning institute for adults.

That was March 2010. With KMF alumnus Onwaba Nkayi, KMF director Nonkazimlo Tom Bulana, and the community of Mthwaku, we started Project Lulutho. “Lulutho” means opportunity in isiXhosa, and that is what everyone on the project sought—including me. To begin with, we had no electricity and no running water or means of refrigeration. The hillside was parched hard as granite in the high summer. It was hotter than you can imagine. On thirty-six hectares of land, only three indigenous trees remained in the swarm of invasive black wattles. (Black wattle trees grow very quickly and take much more than their fair share of water, killing off their competitors.)

Within eight months a team of twenty people from South Africa, Britain, France, and the United States had built a semipermanent campus: tents for twenty staff and faculty members to live and work in, offices, one huge teaching tent, a conference room, a screening room (videos projected onto a white sheet hanging between trees), two solar power centers, a kitchen, four toilets, two outside showers.

In cooperation with the community of Mthwaku and its chief, Morris Mkhatshane, we began the arduous attempt to make something that endures. Hilarity, frustration, rage, and joy ensued—in approximately equal measures. My partner of twelve years nearly left me; he smashed a lantern on the floor of our tent one morning while calling me “asshole!” so loudly that it woke the French film crew making a documentary record of our crazy attempt.

Nowadays, my day at Lulutho begins on a red pullout chair. I wake in a tent with a mud floor and a desk made at Lulutho itself by Lubaballo and Landu, the two young men who trained as carpenters during the project’s early phases. Early on we made the decision to spend the project’s limited funds (a mortgage secured on my apartment) on local talent rather than expensive outside consultants. We had tried a few of these and found them more at ease in an air-conditioned office than the realities of a star-blessed hillside.

In my tent is a piano on a wooden pallet to protect it from dampness, bought for 150 euros and transported on a lorry from Cape Town. It is a wonderful piano, though very out of tune because I have not yet had the energy to entice a tuner all the way from East London, which is the nearest large town. Interestingly, the highest note in one of my favorite Chopin waltzes is still in tune—which makes me feel like the instrument is meant to be here, and forgives my ill treatment of him.

If it’s cold, I put on an extra two layers. If it’s hot, shorts and boots. (You don’t wear flip-flops because of the snakes.) Up to the shoddily built wooden hut that serves as our kitchen, where Sibusiso (one of Cape Town’s best chefs; tempted by me to join us on an adventure and give up his Michelin-starred kitchen for a wooden hut) makes breakfast. He is used to a twelve-burner stove. At Lulutho, he has two gas burners and three feet of counter space to cook for as many as thirty people three times a day.

Twice a week or so, I fill a black bag with hot water, leave it in the sun, and take it down to a tree-shower for an invigorating wash in ten litres of water. (My showers in New York consume more than two hundred litres.)

The best part of the day is when the work is done and the stars come out. When there is no moon, they blaze. When the moon is full, it is almost as light as day on the hillside, and the snakes are in their holes. I have often felt at ease and wholly happy at such moments—especially once I had a desk in my tent and could write at it from the warm light of a lantern.

Of course the atmosphere of the next Piet Barol book is very different from the European glamor and luxury of History of a Pleasure Seeker.

WLT: You set the novel in 1907, and we’ve read that you wrote it by hand. Yet you have also developed an app for iPhones to supplement the book, which is on its way to becoming a television show. Do you consider yourself old-fashioned or modern?

RM: My allegiance is to the story and the best way to tell it. Inspired by the briskness and feeling in Irène Némirovsky’s Suite Française, I decided to write History of a Pleasure Seeker by hand. (Editorial note: In this video below, Mason explains why he writes by hand.)

Many modern novels, including some I have written, are too long, in my opinion, because the word processor encourages wordiness. They are also over-perfectified, because infinite alteration is possible on a machine. I wanted to make a story by hand; to make it short and rich and capable of transporting its audience to a world they had not yet imagined. As I wrote History of a Pleasure Seeker, I remembered what William Morris said: “There is hope in honest error. None in the icy perfections of the mere stylist.” As for the rapp (reading application), ask me about it in November.

WLT: We’ve read a bio of you that says you live between New York, Cape Town, and Glasgow. What does this sort of transnational living arrangement look like?

RM: It looks like: never having all my papers with me; missing my piano in Glasgow like mad every day; having multiple toothbrushes; trying, as often as I can, to go to sleep next to my partner, Benjamin. The stresses of Project Lulutho almost drove us apart, but our bonds have reforged stronger. He hasn’t called me an “asshole” at the top of his voice for ages.