Michael A. Morrison's piece "Fun with Your New Head: Getting into SF" records a multitude of great reads for diving into science fiction. For the ease of building your must-read list, following is a list of 17 books from Morrison's essay to escort you into the bewildering depths of sf. 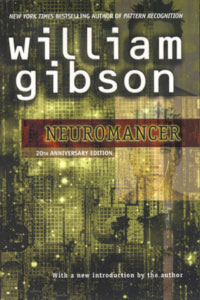 “Many a smart, literate newcomer to sf has tackled some seminal book, say, William Gibson’s Neuromancer (1984), only to abandon it, baffled and frustrated.” 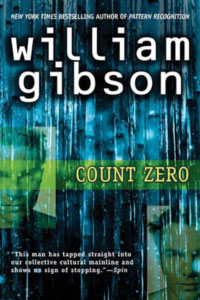 “‘It took the Dutchman and his team three months to put Turner together again. They cloned a square meter of skin for him, grew it on slabs of collagen and shark-cartilage polysaccharides. They bought eyes and genitals on the open market. The eyes were green.’” 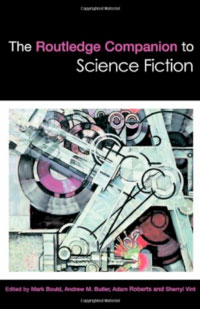 The Routledge Companion to Science Fiction

“This is a book with an identity crisis: its four parts actually constitute two books, the audiences for each being all but mutually exclusive. Book 1 (chaps. 1–18 and 45–56; 244 pages) consists of expert historical perspectives on sf, its subgenres, and its presence in a medley of ‘media’ (fiction, film, comics, television) and ‘material practices—toys, games, environments . . . tourism, dime museums, and world’s fairs.’ Book 2 (chaps. 19–44; 265 pages) focuses on academic sf scholarship in equally expert essays about multifarious critical practices (feminism, postcolonialism, cyborg theory, animal studies, and so on).” 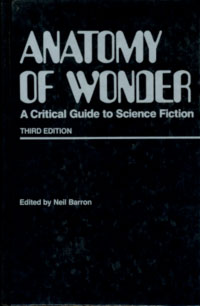 Anatomy of Wonder: A Critical Guide to Science Fiction 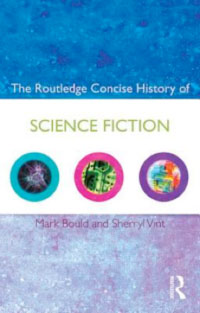 “A great deal of this book is mere plot summary, replete with spoilers, of works, some of which were important to the development of sf, many of which were not . . . The authors allocate far more space to historically inconsequential writers such as Leslie F. Stone and George O. Smith than to, say, Brian Aldiss, Alfred Bester, Anne McCaffrey, or Zenna Henderson, all of whom were instrumental in shaping modern sf.” 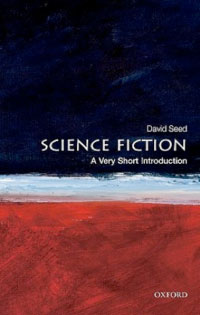 “Shrewdly organizing his material by iconography and story type (spaceships and space voyages, aliens, utopias and dystopias, and so forth) and eliminating rebarbative academic jargon and all literary theory, Seed stitches together minimal plot sketches of carefully selected works with astute insights, sharp asides, and appropriate commentary (some ideological)—markers of one who has read widely and thought deeply about sf.” 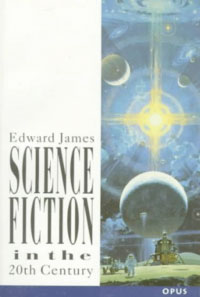 Science Fiction in the Twentieth Century

“With effortless elegance, Edward James guides readers who know little about sf through its evolution, first as a genre, then as a breakout interloper in the mainstream of fiction; introduces them to the literarily influential communities of sf (fandom); and offers them strategies for reading sf.” 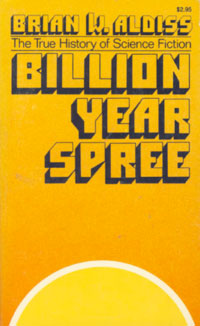 “Written by one of the most influential twentieth-century sf writer-critics, it’s perceptive, witty, and engaging—qualities that somehow got diluted in its more up-to-date but tedious successor Trillion Year Spree (1986, with David Wingrove).” 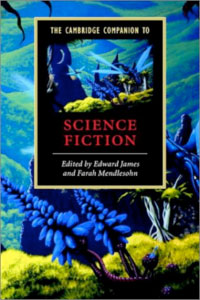 The Cambridge Companion to Science Fiction

“Want the rest of the history along with in-depth looks at various kinds of sf? Your best bet is The Cambridge Companion to Science Fiction (2003; ed. Edward James & Farah Mendlesohn), which in 2005 won a Hugo, an award voted annually by readers.” 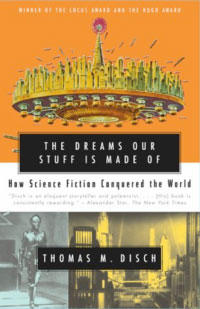 The Dreams Our Stuff is Made of: How Science Fiction Conquered the World

“Hung on a roughly chronological frame, Disch’s astringent analysis ranges from the culture of sf (fandom) to sf as an often contested infiltrator in mainstream culture.” 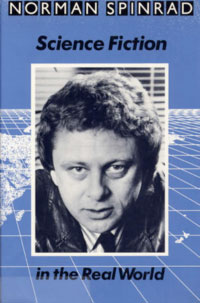 Science Fiction in the Real World

“The essays in Science Fiction in the Real World (1990), [look] inward, offering readers a warts-and-all glimpse of the life and concerns of a working sf writer, a ‘revisionary examination of where we are and how we got there,’ and a ‘hologrammic and nonsequential outline of the evolution of science fiction from the 1950s into the 1980s’ via essays on four writers that shaped sf during that period.” 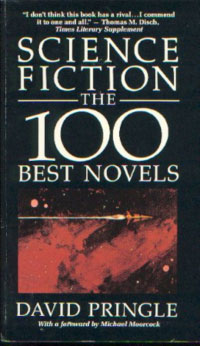 “If you want an engaging guide to the (English-language) sf novel, I know of none better than David Pringle. . . . Pringle’s brief essays are perceptive, opinionated, and carefully create necessary context.” 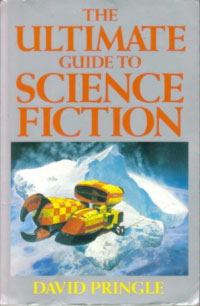 The Ultimate Guide to Science Fiction

“The Ultimate Guide to Science Fiction (2d ed. 1995), is chockablock with mini-essays on around 3,500 books(!). Anyone who isn’t seduced by at least a few dozen of Pringle’s entries should probably seek literary sustenance beyond the fields of sf.” 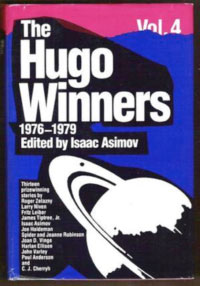 “Since 1953 readers have voted Hugo awards to fiction they consider the year’s best, and the series of anthologies The Hugo Winners (1962, 1971, 1994, 1997) represent their view of the finest short fiction the field has produced.” 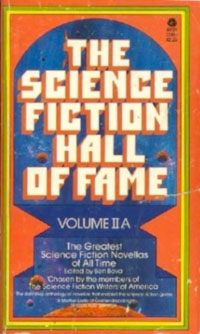 The Science Fiction Hall of Fame

“The Science Fiction and Fantasy Writers of America, a professional organization, began voting the similarly intended Nebula awards in 1966, and annual collections of nominated and Nebula-winning fiction have appeared ever since. To complement these, SFWA members chose the best short stories and novellas published before 1965 and have generated the multivolume Science Fiction Hall of Fame (1971, 1974, 1982, 1986).” 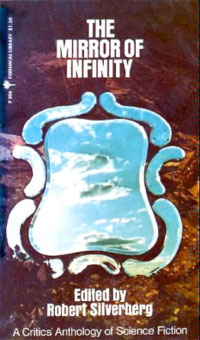 The Mirror of Infinity

“In 1970 sf author Robert Silverberg organized a cadre of commentators (mostly, other sf writers) to elucidate thirteen first-rate stories from 1897 through the late 1960s. Silverberg’s The Mirror of Infinity was, for me, a revelation; it changed forever how I thought about sf.” 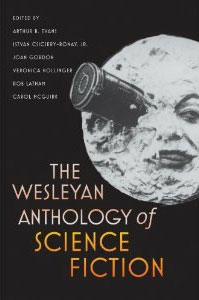 The Wesleyan Anthology of Science Fiction