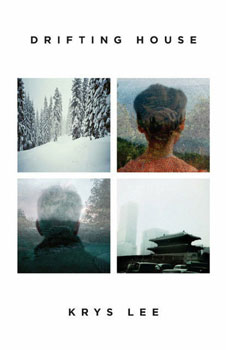 Krys Lee’s new collection of short stories, Drifting House, is a stirring debut that propels Korean literature further into a modern era of postnational themes. Lee’s characters are not heroes for their country but saviors for themselves—bold, brash, and fighting for their own redemptions.

Her collection of stories is a comprehensive glimpse into a contemporary Korea whose natives are dispersing beyond its borders, giving readers a unique window into, among others, the life of a Korean American immigrant, a Korean in today’s Seoul, or a child dreaming of a life in China beyond the northern border.

The overtones in Lee’s stories are often struggle or sorrow, but her characters are thirsty—often mad—with desire, so her writing perfectly commands a complex array of relatable sentiments—joy, sadness, humor, lust, and love.

In “The Goose Father,” Gilho is a traditional South Korean goose father, “one of those men who faithfully sent money to his family living overseas.” With his wife and children abroad, he struggles with his growing loneliness at home only to accept a young tenant, Wuseong, who arrives at his front door with a lame goose beneath his arm. At the brink of giving in to join his family in America, Gilho relates the often harsh reality of immigration: “Only then he saw too clearly how it would be: he would be a stuttering dwarf in a land of blond giants; he would arm himself behind a liquor store counter for the rest of his days. . . . This was no true escape. As Gilho ripped up the contract, he thought of the goose in its glassed-in balcony, ferociously defending its little bit of space.”

Lee reveals that the pursuit of happiness in South Korea is often a wrenching battle when the shadow of war eclipses a nation still attuning to reform, as in the story “Salaryman,” about a young college-educated father struggling after the capitalistic dream. “You, a docile fool, had believed that if you worked hard enough, you could protect those you love.” This pursuit of individual happiness plays out much differently in “A Small Sorrow,” where a young female painter is adapting to freedom—testing the bounds of her independence and following her own personal desires with newfound thirst.

Lee’s writing is eloquently crafted with language that’s crisp, audible, vivid, and laced with humor, and this collection of stories provides an engrossing journey with a handful of recklessly alive Koreans, digging through the postwar rubble for freedom, independence, happiness, and wealth.