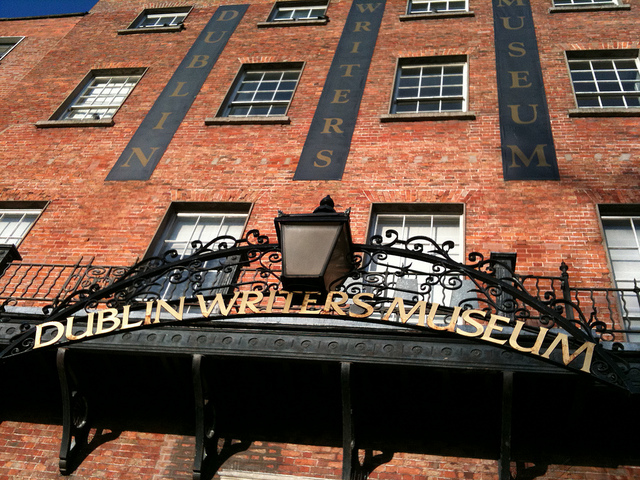 Home to such celebrated writers as Oscar Wilde, James Joyce, and George Bernard Shaw, the city of Dublin has long been considered the center of Irish literature and the arts, and in November 1991 the Dublin Writers Museum (www.writersmuseum.com) opened as a showcase of this literary culture.

The Dublin Writers Museum features those writers who have significantly impacted the Irish literary scene or Dublin specifically. The museum contains a number of first-edition books, some with the authors’ own notes and inscriptions, as well as portraits of the authors; however, in addition to these staple pieces, the museum is home to some more unique items. A number of personal possessions are on display, from the desk of famed Irish poet Austin Clarke to a teddy bear owned by Mary Lavin. Letters and postcards sent by the writers abound, and these potentially illuminating examples of correspondence can give literature enthusiasts a peek into the authors’ characters and personal lives.

The museum is housed in an original eighteenth-century residence in Dublin’s Parnell Square, containing a restaurant in the basement and a coffee shop and bookstore in the annex, in addition to the museum rooms, gallery, and library. Just next door sits the Irish Writers’ Centre, where the Irish Writers’ Union, the Society of Irish Playwrights, the Irish Children’s Book Trust, and the Translators’ Association of Ireland hold meetings and conduct business.

Recent events at the museum have included The Writers Entertain, a series of one-man shows performed in spring 2012 by actor Neil O’Shea, which display the work of Ireland’s most celebrated authors. The museum also teamed up with Wonderland Productions and presented James Joyce’s Dubliners last spring, a unique exhibition that led visitors on an audio guided tour through the city, the setting for a number of Joyce’s stories, while actors from the company simultaneously performed his work.

Jessica Mitzner is a WLT intern.