What to Read Now: Syria 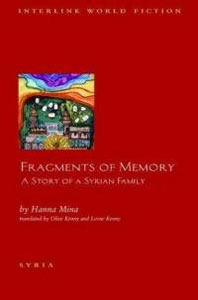 A fascinating memoir by one of Syria’s best-known authors. In Fragments of Memory (2004), Hanna Mina describes the hardly imaginable poverty in which he and his family had to live: under a fig tree, on a dusty roadside, constantly exposed to the sun and extreme hunger. Mina provides a dramatic, in-depth, insider’s view of the miserable, early-twentieth-century life of rural people living under feudal domination, almost as slaves, becoming indebted to their landlords even further. When the silkworm industry collapsed as a result of modern technology elsewhere, the farmers’ lives, already downtrodden to the furthest extreme, were affected even more.

The Struggle for Arab Independence 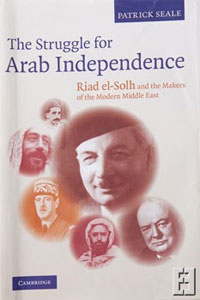 One of the best books on Greater Syria, The Struggle for Arab Independence (2010) provides insight into the present-day country in its much wider regional context, including Lebanon, Turkey, Jordan, and Palestine. Seale makes clear in a deeper historical context the roots of the Arab-Israeli conflict, Arab nationalism, and the negative effects of colonialism, using a minutely detailed and fascinating style while interweaving memoirs with superb analysis.

The Struggle for Power in Syria 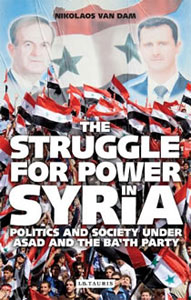 Robert Fisk has commented, “If you want to understand the cruel tragedy of Syria, there are two books you must read: Nikolaos van Dam’s The Struggle for Power in Syria and, of course, Patrick Seale’s biography of Assad.” The Struggle for Power in Syria (2011) provides in-depth insight into why the Syrian Alawi-dominated Ba’thist dictatorship has managed to survive for almost half a century, and why it is extremely difficult to depose it without risking a bloody sectarian civil war—the outcome of which is unclear, except in that it would be disastrous for Syrian society for generations to come.

The author of seven books and numerous articles and book reviews, Nikolaos van Dam is a former Ambassador of the Netherlands in Baghdad, Cairo, Ankara, Berlin, and Jakarta.