The Secret of Evil by Roberto Bolaño 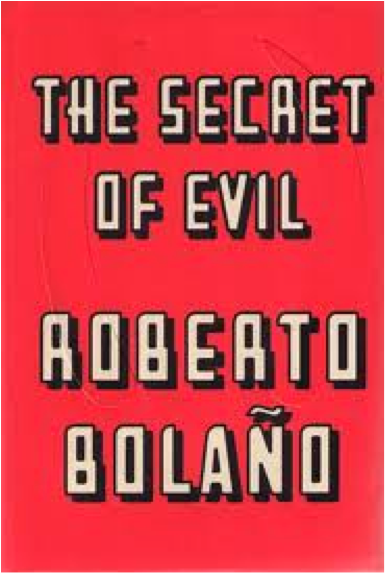 At first glance, Roberto Bolaño’s The Secret of Evil may read like a hastily assembled collection of fiction, essays, and minor reflections from an author whose posthumous reputation would be the envy of any writer. But this is not the case. Gathered here is a collection of nineteen short pieces found on Bolaño’s computer after his death. Preceding the collection is a preliminary note from the editors explaining their decision to publish the collection in the form encountered by the reader.

In terms of uncharted territory, there is nothing really new or all that exciting collected in The Secret of Evil. In fact, the stories and sketches themselves are clearly in various states of composition. Yet for those of us who have read Bolaño before, this collection is important. What the reader experiences is a secret world revealing the author at work. It would be erroneous to consider The Secret of Evil a “finished” text, in the same way that it would be erroneous to consider the upcoming Woes of the True Policeman a “finished” text. Yet the pieces collected here are all, in some way, essential to Bolaño’s horrific and kaleidoscopic vision.

Some of the stories and sketches in this collection are clearly autobiographical, others less so. “I Can’t Read” is a story about Bolaño’s first trip back to Chile with his wife and young son. We are far less certain that the next story, “Beach,” is autobiographical, although many critics claim that it is. Bolaño’s untimely death has added to the mystery of his life, and readers everywhere are on the lookout for clues as to how he may have lived his life.

What is decidedly special about The Secret of Evil is that it brings together two of Bolaño’s three English translators, Chris Andrews and Natasha Wimmer. Andrews is the translator of Bolaño’s “smaller” books for New Directions, and Wimmer is the translator of Bolaño’s major works, including The Savage Detectives (2007; see WLT, Nov. 2007, 57) and 2666 (2008), published by Farrar, Straus & Giroux. The third is Laura Healy, the translator of his poetry. The Secret of Evil, therefore, constitutes a Bolaño text unlike any of his previously published work. With this text, the reader may get his or her most comprehensive glimpse into Bolaño’s voice. The translations in The Secret of Evil are as seamless and coherent as if a single person did them. One does not get the sense that Bolaño’s work suffers from the bad translations that plague so many authors.

Although The Secret of Evil may not satiate the appetites of those who crave a “definitive” Bolaño, this collection does present the most comprehensive, albeit unfinished work of the author to date. This collection is certainly a far cry from Bolaño’s most engaging work, but for those of us who have become devoted followers of his writing, The Secret of Evil constitutes an essential piece in Roberto Bolaño’s magnificent oeuvre.