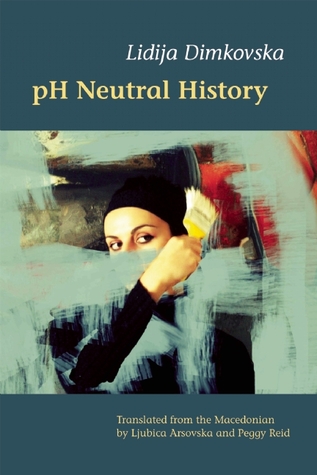 The latest selection of poetry in English of the prominent Macedonian poet Lidija Dimkovska (b. 1971) points out the ironic-parodic optics with the title itself, which undermines dominant topoi, stereotypes, and ideological patterns that constitute human experience and the role of women in modern civilization as well as the Balkans and Eastern Europe. Hence the collection pH Neutral History also refers to the historical process marked by fairy tales and fantastic elements, harmless to humans. Its “neutrality,” on the one hand, implicates a radical synergy of everyday snippets of private and public life, seeking some sort of ongoing reconstruction of the myth. On the other hand, in three cycles written in long, almost prose-dialogue verse named “Poems about Life and Death,” “Recognition,” and “Ballads about Life and Death,” a lyrical voice deconstructs this image by introducing a number of parallel realities in the poetic discourse. In this way it is semantically directed toward the oneiric border where the living and the dead remain together, in a form marked by constant pain. What they have in common is their perpetual status as refugees, who circulate freely from the world of the living to the world of the dead and vice versa.

Whether it comes to the tragic-ironic treatment of the dead (“National Soul”) or some kind of estrangement of the collective experience that always relies on folklore and myth (“Ballad on Aunt Else Refugees”), there is a provocative tension between life and death, memories and fictive representations of reality. Surreal, even dadaist devices distract the reader from focusing on the specific sequence of motifs. However, in most of the poems, the author manages to confront mythical-biblical, veristic-narrative, and lyrical-melancholic layers, integrating her own lyrical voice.

In the second cycle, “Recognition,” the poet’s own identity is questioned regarding her ancestors, her lover, and writing poetry. Her identity is defined as fluid, uncertain, “intertextual,” “extratextual,” at the place where joy and sadness are united: “I’d say you’re the key to a hermeneutic poem.” The explication of ars poetica thus can be treated as an interpretive effort of the human mind to veer off the road that leads to a “cannibalistic society.” It also alludes to the tempting of an existential personal experience, past and present, which affects the body of the text. Presence and absence are linked at the border of two domains: “But the world was slow when humanity was in question, / and fast when I stood at crossroads moving neither forward nor backward.” The poet alludes to an “earthquake epicenter” as a symbol of her grave, seen as a broken mirror, decaying and disappearing into dust or a gold frame. Evanescent, like life itself.