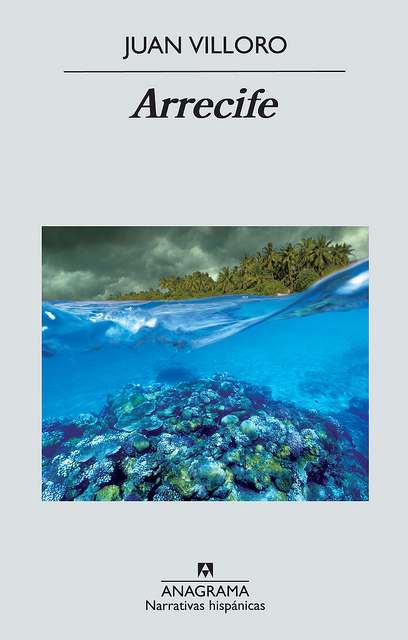 It is no accident that Juan Villoro is classified as a postmodern author. We know that, in general, literary criticism resorts to the postmodern label when it seeks to quickly classify those works that are characterized by a fragmentary style, open endings, and an obsession with the present (mass media, sports, fashion, and entertainment). These are works that, in other words, deal with frivolous themes in a serious manner. Within this context, Arrecife confirms that Villoro’s postmodernity, far from being an arbitrary label, is an apt classification, yet one that requires a careful reading to be understood.

Arrecife’s plot is the following: An ex-rocker, Mario Müller, living in the Caribbean, sets up the Pyramid, a tourist attraction based on violent, but fake, experiences: simulated kidnappings and encounters with narco-guerrillas carried out by hired actors as well as excursions into the jungle in exotic places infested with dangerous beasts. The clients are, of course, bored American and European tourists in search of intense experiences that will shake them out of the tedium of their empty, superficial lives. “The Pyramid was governed by rest, understood as isolation, and diversion, understood as risk. A place where lights and music created a suspended reality and the entertainment programs raised the heartbeat.” Everything goes well until one of the hotel divers is found murdered. From that moment, we discover that behind this exotic resort designed for frivolous tourists, where everything appears to happen in an impregnable bubble, emerges the violent reality of the Mexican drug cartels. The hidden violence that surrounds the Pyramid is the only real thing in the place.

The novel takes place in a saturated postmodern environment with an abundance of damaged characters who are eccentric or simply seeking a new opportunity in life, such as Sandra, the ashtanga yoga and Tibetan kung-fu instructor who lives in Mexico illegally; Tony, the ex-drug addict who builds sound systems for the hotel aquariums with help from computers; Mario, the manager, who sees himself as a New Age guru; and Ginger, an American diver who is the member of an extreme-sport club named Cruci/Fiction. All are drifters whose past does not matter at the Pyramid but whose destinies begin to intertwine in a web of dangerous, secret relationships once the diver is murdered.

However, Arrecife is also a novel about friendship and redemption. Mario Müller has assigned himself the task of helping his friend, Tony Gongora, who has lost his memory because of drug use. The story of these two friends is also a journey to the past, during which Tony slowly reconstructs his life through his conversations with Mario. It is a difficult and painful trip, where each piece of the memory that Tony recovers can also be an experience that revives forgotten sufferings.

Undeniably, Juan Villoro has found in Arrecife an effective and intelligent way of consolidating himself and being taken seriously as a postmodern author in the Spanish-speaking world. A preoccupation with postmodernity has its clear limits, and Villoro knows them well: they are restricted to the purely thematic. With Arrecife, the reader has the impression of being in the presence of an author who exerts himself to be current, to be up-to-date with the themes that characterize any postmodern society. Villoro’s style, however, has nothing fragmentary or experimental about it. This is a great achievement because, on the contrary, it is rigorously conventional. Arrecife turns out to be a deliberate and paradoxically postmodern novel.