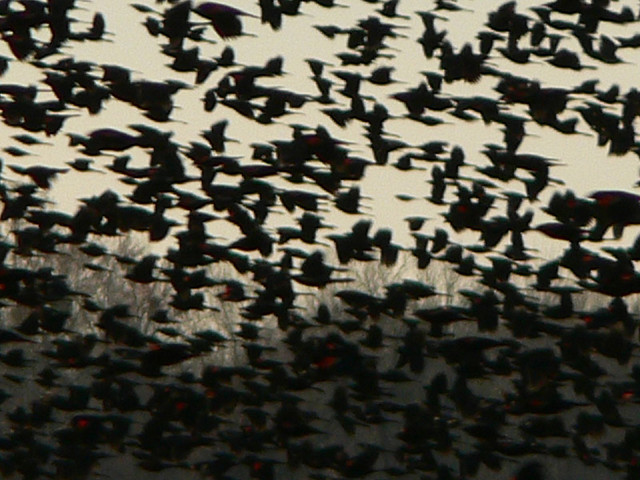 Based on a legend from eighteenth-century Bengal, Shokhi Rongomala is Shaheen Akhtar’s third novel. The book follows Rongomala, a beautiful and charismatic lower-caste woman who becomes the mistress of Raj Chandra Chowdhury, a zamindar or upper-caste feudal landlord. The zamindar’s womanizing allows his uncle, Rajendra Narayan Chowdhury, to rob the fiefdom of Babupur blind. Between the zamindar’s obliviousness and the sly uncle’s avarice, Babupur becomes enmeshed in inevitable war with a neighboring fiefdom. Rongomala gets caught in the palace conspiracy that eventually leads to her assassination.

Shokhi Rongomala is peopled with unforgettable characters: the autocratic queen-mother, Shumitra, trying to save the kingdom from the vagaries of the menfolk; the young queen, Phuleswari, with her bird menagerie and generous soul; Heera Dashi, high-ranking maid in the royal household born of rape by a Portuguese pirate, a key player in the machinations of the palace; and, of course, Rongomala, whose rise and fall from grace forms the central arc of the narrative. All these women learn to rise beyond their circumstances to wield power in different ways. Shokhi Rongomala is a story of identity and connection: even in the face of Rongomala’s assassination and Phuleswari’s loss of all, what endures is Phuleswari’s sense of sisterhood with Rongomala.

Even before the sun rises, the news arrives like a tempest that Chanda Bir is approaching the palace with Rongomala’s severed head. Still earlier, swarms of black crows flew in from who knows where. Their caw-caw-caws echo across the Raja’s courthouse, the corridors and balconies, the orchard and the banks of the pond. Uproar in every corner of the palace. From the commotion, you wouldn’t think it’s a lower-caste woman’s head that’s coming but a wildfire blazing across Roop Singh’s wetlands, the flames of which will burn to cinders the entire Chowdhury dynasty. In the outer house, Raj Chandra Chowdhury lies unconscious, stoned from a night of drinking bhang. Young and old, everyone is terrified—who will stop him when he wakes and launches into Lord Shiva’s apocalyptic dance with Rongomala’s head in his hands?

Heera Dashi, the slave, dashes from room to room searching for Phuleswari Rai. Like a tornado, she enters one room and snakes her way through another. Only one mishap takes place when she stumbles over the hubble-bubble pipe of Mejho Thakurani, the uncle’s wife. Today, however, the lady has no time to fuss over the stale tobacco water that has spilled on her favorite rug. She scurries wildly to find a hiding place for her daughter Sunanda’s only son, the darling of the house Prafulla Kumar. Today no one can tell from where disaster will come. Today is the Day of Judgment—if they were Muslims they would all be crying in Arabic, Ya nafsi, ya nafsi. (O my soul, o my soul.) Where has Rai disappeared to at this time when death permeates the air?

Right at that moment, Phuleswari Rai is on the swing in the orchard, rocking while counting crows on her fingertips. Hundreds of crows flutter overhead, cawing and squawking. The caged birds flap their wings and screech—what a commotion! She keeps losing track of her count. Each time she manages to reach twenty, she can’t go any further and has to begin all over again. “Didimoni, Didimoni!” Heera’s cries break her out of her spell, upsetting her counting pastime.

“Sister dear, sister dear!” Taking a breath, Heera says, “Been lookin’ all over the earth for you, and you here?” Just when Rai moves her fingers apart and leaps forward to grab her slave’s hair, Heera releases the terrible news like an arrow.

Rongomala’s severed head in the courthouse!

“Come, you. Chanda Bir’s brought the cut head. Maharaja Rajendra’s edict has been carried out.”

There is the sound of heavy footsteps trampling through the shrubbery in the garden. Who’s fleeing through the back way? Isn’t it Chanda Bir and Rajendra the uncle? The entire flock of crows shrieks in chorus and takes to the air behind them. In a blink, the palace is empty of crows. Heera takes another tour through the palace and returns to tell Rai that although Raj Chandra was still snoring in the outer house, everyone else has latched their doors from inside. Forget about the hum of juicy gossip—there’s no sign at all of the slaves and servants. The kitchen has been abandoned. The Brahmin cooks have fled and taken refuge in the woods behind the pond. The Brahmin priest thought his head was on fire and his tiki-adorned head is bobbing up and down like a coconut shell in the pond facing the courthouse. In the prayer room, with her hands folded and eyes shut, the queen mother Sumitra repeats, “Lord, Lord.” Her door is the only one that’s open. Raj Chandra might let off his mother, but would he leave his wife alone? Rai would be considered the number-one culprit. Though Rongomala lacked the formal status of co-wife, she had managed to become even more than that. When he cannot find anyone else at hand, Raj Chandra will no doubt lash out at Rai, the woman who went mad being spurned, the one who weeps day and night. Does this simpleminded woman understand what’s going on? In this last year, Rai’s intelligence and reason have faded away. In her present state she’s worse than a lunatic. To Heera Dashi the signs don’t augur well. She drags Phuleswari’s body, thin as a palm leaf, to her room. For a second she considers latching the door from the inside and the two of them feigning sleep. But what if Raj Chandra kicks open the door? Before Phuleswari can understand what’s happening, she finds that she’s a prisoner in her own room. Heera has fastened the chain with a padlock from the outside and run off with the keys.

“Low-born whore!” Rai curses Heera Dashi while hammering at the closed door with her fists. “Just want one glimpse of Rongomala. Open the door!” As she wails away, tears stream down her cheeks. Only two people could respond to Rai’s plaintive cries: one, her mother-in-law, Sumitra, has her eyes shut while she chants, “Lord, Lord”; the other, Heera Dashi, has disappeared into the woods by the pond where she is being besieged by poisonous ants.

Exhausted from crying, Phuleswari calms down a bit. Rongomala dead? Is this a dream, or is it true? The unfortunate girl must have met her death when she reached beyond her station, getting the king to cut for her a lake that is traditionally due the queen. What a horrible way to die! At Rajendra Narayan’s command, his cruel bodyguard Chanda Bir chopped off her head. Now that Rongi is dead, what does Rai stand to gain? The lake due her was gifted to the mistress, and Rai was reduced to being a patch of weeds in the water. The time has passed for her to sink roots in this family. Once again Rai feels like crying. When Rongomala was alive, Rai couldn’t get a good look at the woman who destroyed her life, who made her a widow from a living husband—and now she can’t even see her dead face. If seeing in dreams counts, though—if Rongomala was Rai’s reflection in the water—then Phuleswari Rai had a vision of Rongomala about a year ago. She had a laugh that could shatter dams, and today that laughter, carried along on the night wind, arrives as the sound of crying.

Translation from the Bangla
By Mahmud Rahman 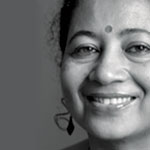 Shaheen Akhtar is the author of five collections of short stories and three novels—Palabar Path Nei (No Escape Route); Talaash (The Search); and Shokhi Rongomala. Talaash won the Best Book of the Year Award for 2004 from Prothom Alo, the largest-circulation daily newspaper in Bangladesh. The English translation of the novel was published in 2011 by Zubaan Books, Delhi, India. Akhtar has also edited the three-volume Soti O Swotontora: Bangla Shahitye Nari about the portrayal of women in Bengali literature. She currently works for Ain O Salish Kendra (ASK), a human rights / legal aid organization in Dhaka, Bangladesh.

Mahmud Rahman is a Bangladeshi writer and translator now based in California. His collection of stories Killing the Water appeared in 2010, and his translation of Mahmudul Haque’s Black Ice appeared in 2012. His article "Pulp Fiction in Bangladesh: Super Spies and Transplant Authors" appeared in the May 2008 issue of WLT.