What to Read Now: Creative Nonfiction Immersion Classics by Women

Writers of narrative or creative nonfiction often “immerse” themselves in places or with subjects for long periods in order to write about subjects intimately and in-depth. But due to familial responsibilities, this kind of reporting demands a kind of uninterrupted time and focus that can be difficult for many women to undertake. Perhaps this is why writers known for “immersion” are mostly men—for example, Dexter Filkins, H. G. (Buzz) Bissinger, John McPhee, or, in earlier times, George Orwell. But in fact, many women writers have produced award-winning and incisive immersion work, especially after World War II. Here are three immersion creative nonfiction classics by women whose work and reputations have helped shape the genre as it exists today. 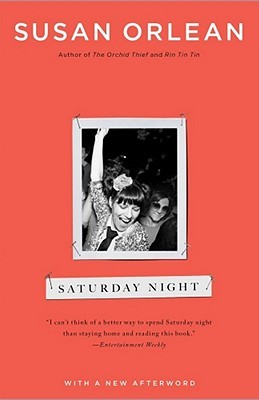 In the late 1980s, Susan Orlean traveled across the United States documenting the Saturday nights she spent with middle-aged zydeco dancers in Texas, military men in a Wyoming missile silo, a lounge band in Oregon, convicted murderers in a jail in North Carolina, Ivy League undergrads looking for good times, and obsessed housewives and frustrated executives who were starving themselves at the Pritikin Longevity Center in Miami. Saturday Night, Orlean’s first book (1990), launched her career as an immersion artist, culminating with the best-selling The Orchid Thief and most recently Rin Tin Tin: The Life and the Legend.

Reporting (1964) is a collection of profiles written by Lillian Ross and published in the New Yorker. The most famous of these is “Portrait of Hemingway.” Ross’s immersion with Papa lasted only two (long) days, but her portrait exposes Hemingway’s egocentricities, his addictions, and his pathetic need to fulfill his public persona—and a paranoia that other writers were becoming more famous and admired than he. Also included in this collection is “Picture,” the result of Ross’s lengthy immersion with director John Huston during the filming of The Red Badge of Courage. 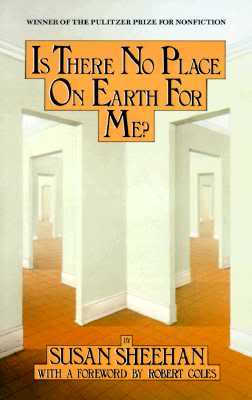 Is There No Place on Earth for Me?

The narrative in Susan Sheehan’s Pulitzer Prize–winning Is There No Place on Earth for Me? (1982) revolves around a schizophrenic patient, Sylvia Frumkin, who is being admitted to a psychiatric facility and the treatment options available to her under New York’s system. Sheehan, who devoted years to her immersion, opens with a scene of Frumkin in the bathtub, washing her brown hair with a combination of shampoo and red mouthwash. Frumkin is blowing bubbles and making a soapy mess on the floor, which causes her to slip and fall and cut open the back of her head. She treats the cut with an expensive perfume. “She poured the contents of the bottle on her cut,” Sheehan writes, “partly because she knew that her perfume contained alcohol and that alcohol was an antiseptic and partly because she suddenly thought that she was Jesus Christ and that her cut was the beginning of a crown of thorns.”

Lee Gutkind is founder and editor of Creative Nonfiction (www.creativenonfiction.org), the first and largest literary magazine in the world to publish nonfiction narrative exclusively. Gutkind is a Distinguished Writer in Residence at Arizona State University. His most recent book is You Can’t Make This Stuff Up: The Complete Guide to Writing Creative Nonfiction—From Memoir to Literary Journalism and Everything in Between.