The Collective by Don Lee 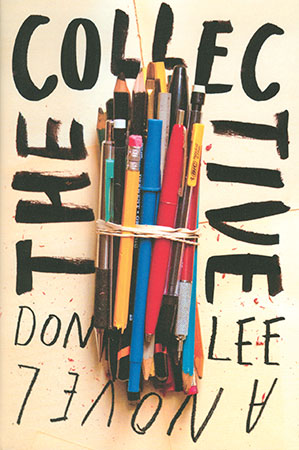 Sylvia Plath did it with the oven door ajar. John Kennedy Toole did it with a garden hose. Hart Crane did it with the famous farewell, “Goodbye, everybody.” The suicides of these thirty-somethings exemplify the tragic tendency of young writers and artists to torture themselves in isolation and self-despair for the sake of their craft. Accordingly, this is what thirty-eight-year-old writer Joshua Yoon was supposed to do as an Asian, an orphan, and an artist. It was the only explanation for someone who “had no reason to do it, and yet he had every reason to do it.”

In The Collective, the fourth novel by Korean American author Don Lee, the self-inflicted fate of Joshua Yoon is merely the placeholder for a bildungsroman about three artists who meet in the freshman dorms of Macalester College in St. Paul, Minnesota, in 1988. The three friends later live in an artists’ cooperative in Cambridge, Massachusetts, originally the home of Joshua Yoon’s deceased parents, and finally disperse along the U.S. coasts.

The Asian Artists Collective, or 3AC, is the constant for narcissistic and passionate Moor, beautiful and intricate Jessica Tsai, and literary romantic Eric Cho—the novel’s contemporary Nick Carraway. Their bond strengthens amidst the bigotry of Macalester peers, disloyalty of transient relationships, and a national scandal none of the fledgling artists could imagine.

Lee reveals the complexity of Yoon’s fleeting and long-lasting relationships, not only with his significant others, colleagues, and friends but with his past and present stigma as a minority. Yoon voices these stigmas frequently yet unexpectedly throughout the novel. During his initial encounter with Cho at Macalester’s orientation, Yoon crudely labels a young woman “yellow cab,” which is “California slang for Asian chicks who will only date white guys.”

The Collective embodies the sentiments of an oppressed demographic with the witticisms of culturally cognizant artists. These artists intelligently retaliate through prose, brushstrokes, and the poignancy of their artistry, yet contemporary racism and injustice still sting.

Although this novel begins and ends with tragedy, The Collective illustrates Yoon’s raw humanity and his exploration and grasp of an individual and cultural identity through art, honesty, and friendship.