Tatiana Oroño and the musician Daniel Petruchelli, who set her poem “Elogio del camino” to music, taken at a performance at the Casa de los escritores (House of Writers) in Montevideo / Photos by Marina Pose

Uruguay has a long tradition of poetry set to music, “poemas musicalizados.” Although Uruguay is a small country, just 3.3 million people, it has always been full of both music and poets. The biographies of most important Uruguayan poets include a list of poems set to music by the musicians of their day. For example, the poems of Washington Benavides (1930–2017) were set to music by Alfredo Zitarrosa (1936–1989), Eduardo Darnauchans (1953–2007), and Daniel Viglietti (1939–2017).

Uruguay is also a country with a long tradition of poetry by women, starting with such poets as Delmira Agustini (1886–1914) and Juana de Ibarbourou (1892–1979), continuing through the two poets featured here today, Circe Maia (b. 1932) and Tatiana Oroño (b. 1947), and down to the present. I translated Circe Maia’s work for El puente invisible / The Invisible Bridge: Selected Poems of Circe Maia (University of Pittsburgh Press, 2015) and so became aware of her “Por detrás de mi voz,” which was set to music in 1978 by Daniel Viglietti and became famous as the song “Otra voz canta.” It became an anthem and rallying cry for a generation fighting against military dictatorships in South America.

Behind my voice
—listen, listen—
another voice sings.

They are not only memory,
they are open to life
open wide.

Daniel Viglietti, who died last year, was sometimes called the Bob Dylan of South America, but to me he was more its Pete Seeger, someone who spent his long musical life mentoring younger musicians. Sometimes he performed “Otra voz canta” with a recitation of Mario Benedetti’s poem “Desaparecidos,” about people who had been “disappeared” by the dictatorship. Here is a powerful performance featuring Viglietti and Benedetti:

Uruguayan musicians continue to set poetry to music. The songwriter Andrés Stagnaro recently recorded Juana. Marosa. Delmira. using the words of Juana de Ibarbourou, Delmira Agustini, and Marosa di Giorgio (1932–2004), whose collected poetry, I Remember Nightfall, was recently published by Ugly Duckling Presse in a wonderful translation by Jeannine Pitas. Tatiana Oroño, another Uruguayan poet I have been lucky enough to translate, has had her poetry set to music by the guitarist Daniel Petruchelli.

In May, I was in the audience with Tatiana at the Museo Gurvich in Montevideo, Uruguay, to hear him perform her poems.

Here is the title song “Elogio del camino” with my translation of the poem that forms its lyrics. With the Spanish words in front of you, you can see the parts Petruchelli repeats for emphasis, turning a short poem into a longer song.

Elegy for the Road

I ask where the things go that did not arrive at their destination. The majority of things. The largest inventory in the world. Where are they going to end up, the things that do not end up anywhere. Those that die before their time, those that have no remedy. I ask where do they go.

Poetry is the place where the things go that have no solution. To find it. 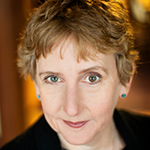