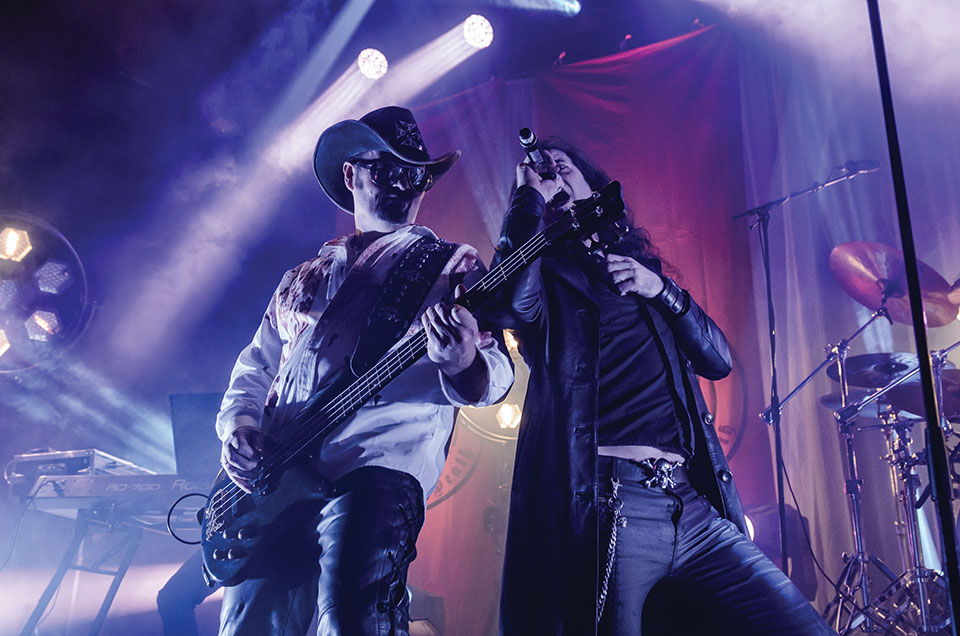 ROCK OPERA is a genre both endearingly and inherently campy, somehow always both over- and underproduced and stated. Their claim to fame being the updating and mainstreaming of the operatic form, these productions have long drawn on the same sources of inspiration as their high-society counterparts: mythology, history, religion, power, and, of course, other art forms. Here are a few unique and fun rock operas based on pieces of literature.

Norwegian heavy metal/hard rock artists Jørn Lande (singer) and Trond Holter (guitarist) released Dracula—Swing of Death in January 2015, preceding a full-length performance in May of that same year. The album draws its story from Bram Stoker’s Dracula but takes the perspective in a different direction: rather than focusing on a human hero, the album is told as the story would be seen by Dracula himself. This choice of focal character has the effect not only of allowing the work to delve more deeply into the gothic world Dracula himself inhabits but interestingly shifts the focus of the story more toward its women: those whom Dracula pursues (rather than the males who pursue him) and how they attempt to rebuff his advances (“My faith will save me!”). The musical elements of the album are engaging and on-theme, full of strong guitar work and B-horror-style sound effects, piquing when the climactic chase scene across Europe is represented by a hectic instrumental track before Dracula’s inevitable demise.

Who among us hasn’t wondered what would happen if you merged the papal fervor of Hungary at the turn of the first millennium with a 1980s music video? This question can finally be answered by István, a király, a nationalist rock opera bravely first performed in a Budapest under Communist rule in 1983. The plot is based generally on folktales and historical accounts of the earliest days of Hungarian nationhood and more specifically on the play Ezredforduló, by Miklós Boldizsár. It tells the story of the first Catholic king of Hungary and his rise to power, and the production is resplendent in its commitment to using the best videographic and scenic effects available at the time: pyrotechnics, faded overlays of historical documents and footage, and liberal use of slow motion and fog machines. The music itself is skillfully composed, using pop, rock, and folk elements in a variety of fusions that help construct the characters as well as advance the plot.

Jesus Christ Superstar has been perhaps the most influential rock opera of all time—since its enormous success, dozens of other rock operas have taken as their subjects and themes biblical matters, even unlikely candidates like the 1974 adaption of Shakespeare’s Othello set in a hippie desert commune, Catch My Soul. Preserving much of the original story, even up to key lines from the original text, this version takes Iago as its narrator, a scorned follower of Othello (in this version, the high priest of the pacifist Christian collective) who seeks to bring down both he and his deacon, Michael Cassio, through deception and strong soul-rock ballads. Against the sweeping backdrop of the New Mexico desert, the tensions of the original play are in stark relief when spoken and sung by a talented cast.