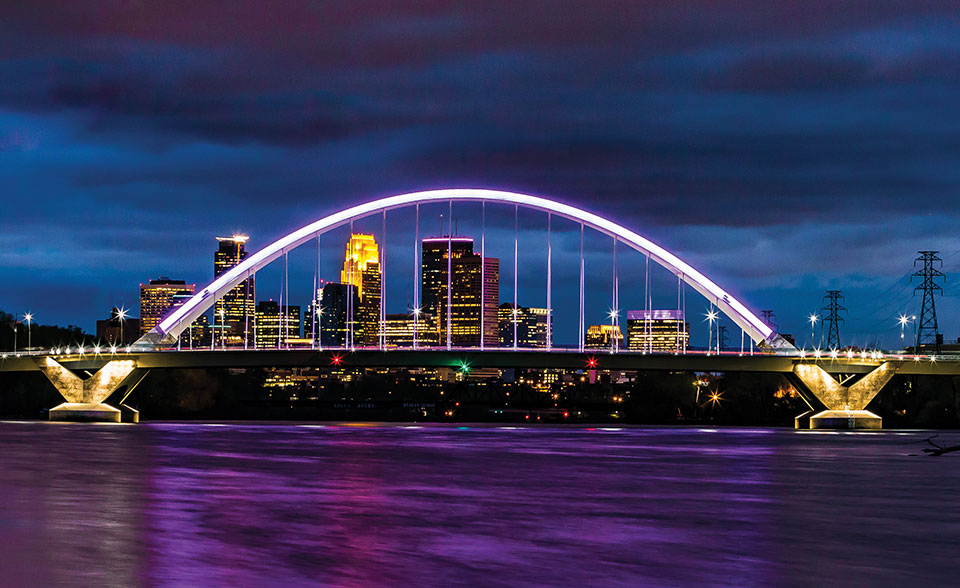 On April 21, 2016, a chain-link fence in a Minneapolis suburb became a monument. At Paisley Park in Chanhassen, purple flowers and balloons, stuffed animals, handwritten signs, and other tributes adorned the gate in a final salute to the great musician and singer, Prince.

Minnesota’s love for Prince is boundless. Minnesota Public Radio’s KCMP named Purple Rain number four on its list of most essential albums, Prince number two among its most essential artists, and “Purple Rain” number one as its most essential song—but, if tuning into its broadcast isn’t a concrete enough experience of Prince’s imprint on the city, then you'll find it at the nightclub he brought to fame, First Avenue & 7th Street Entry. 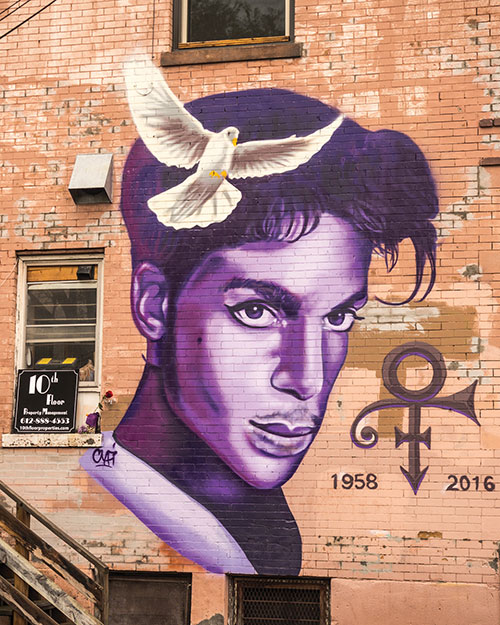 Also the filming location for the movie Purple Rain, First Avenue & 7th Street Entry encapsulates Minneapolis’s music scene, from local artist performances to headline tours to the yearly parties celebrating Prince, Bowie, and other classic ’80s rock. The massive stage and vast dance floor are never empty and always radiate the passionate energy of music lovers. Even from the outside, First Avenue stands out—530 silver stars are painted on the walls, each with the name of an artist who has played the club. The lone gold star holds the crown jewel: Prince.

After snapping a picture with Prince’s star, head over to his favorite record store, Electric Fetus, a prominent location among indie record fans that turned fifty in June. Examine its collection of albums and artists, soaking up the various takes on rock, punk, pop, and R&B. While in Uptown, the eponymous neighborhood of the Prince song, swing by 26th Street and Hennepin Avenue to see the Prince Tribute Mural, a piece of public street art commemorating the musician’s life.

To see Minneapolis’s final memorial to its beloved musician, you have to leave the city proper and go out to Chanhassen. Just beyond the Chanhassen Cinema—which, too, has a tributary mural painted on the outside—you’ll get to Paisley Park Studios, the former residence and recording studio of Prince and current museum of his musical legacy. A tour starts in the atrium with live doves and a Paisley Park–shaped urn of Prince’s ashes. It continues through rooms dedicated to his biggest albums and feature films, a hallway of his awards, and even the recording studio where you get to hear a brief segment of music never publicly released. Finally, you see the giant black-box auditorium, the private-party lounge, and—after eating a quick bite from Prince’s personal menu—a rotating piece of that chain-link fence. The museum cycles through displaying different segments, but each one shows the personal gifts from the countless individuals who gave back their love after decades of Prince giving their city his.

Prince’s legacy continues to define the Minneapolis music scene in many forms: tourists traveling from across the country to see the Paisley Park museum, young artists such as Childish Gambino and Minnesota’s own Janelle Monáe playing their Prince-inspired albums on the airwaves of KCMP (aka The Current), or First Avenue overflowing with music fans during the annual “Let’s Go Crazy” tribute. As long as music thrives, Minneapolis will never forget its Prince.

What to Read on the Bus to Paisley Park 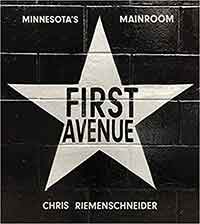 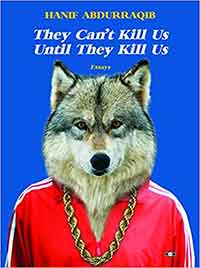 “The Night Prince Walked on Water,” in They Can’t Kill Us Until They Kill Us 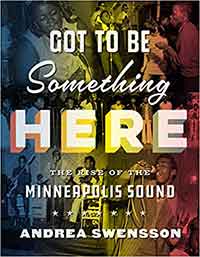 Got to Be Something Here: The Rise of the Minneapolis Sound 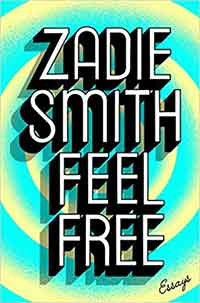 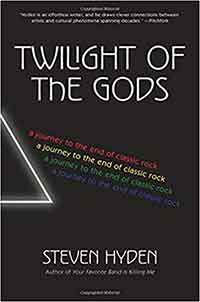 Twilight of the Gods: A Journey to the End of Classic Rock 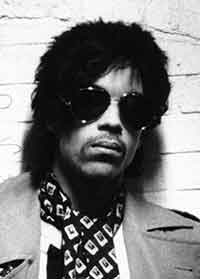 James Farner is a WLT intern studying English writing and religious studies at the University of Oklahoma. In his free time, he’s either listening to a podcast or working on The Aster Review, an OU student arts publication. He grew up in and around Minneapolis and is one of the frequenters of First Avenue who left flowers at Paisley Park after Prince died.