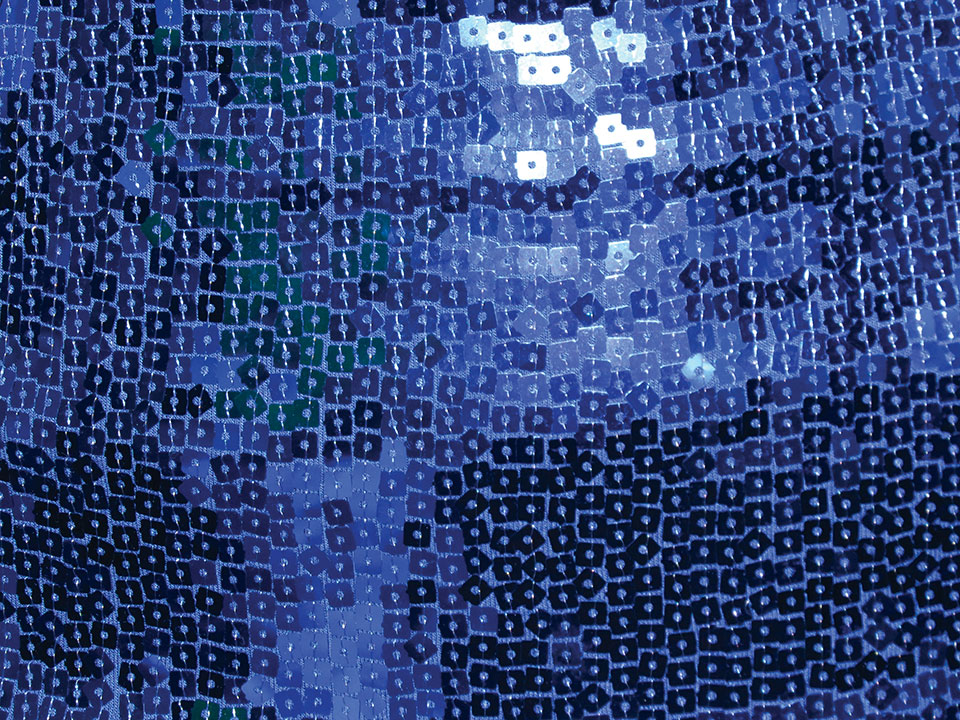 He thought it would be a good idea to invite Andie.
I’ve always loved men who swim in the ink of their ideas.
I loved that brown suit of skin he wore.
The more we learn the more we like or dislike what we see.

Ramon invited Andie to have drinks with us.
I found myself envying the careful arc of her bust.
A blue soca tune thumped in my chest.
I didn’t realize she was his girlfriend at first.

Ramon invited his girlfriend Andie for drinks.
She and I had girl talk with our brows and lids.
Ramon conversed with himself about politics.
She and I admired that brown suit of his.

Ramon invited his white girlfriend Andie for drinks.
He asked me how I felt about the war, what did I think?
It’s true the truth hurts, but lies hurt even more.
At first I didn’t think she was his girlfriend; I wasn’t sure.

I think it’s hard to be intellectual when you feel like a whore.
War is like many things and many things are like war.
The more we know, the more we like or dislike what we see.
A blue soca tune stirred in the pot like rice & peas.

He’s my boyfriend, her eyes told me, you fucking whore.
Mama always said they don’t sell eyes at the grocery store.
Brushed a loose thread from his suit, as if that made him perfect.
Clearly jealous of the brown we both wore.

The soca tune raged in me like Haiti, 1804.
Listen whitey they don’t sell these suits at the thrift store.
Mama said the truth hurts but lies do too.
Andie aimed at my face and pelted their history.

But maybe some lies too.
He thought it was a good idea to invite Andie.
I loved the way he drowned in the stink of his idea.
She tossed out their secrets like grenades,

pelted their history at my face.
The soca tune burned in my pot like rice & peas.
The more we burn the more we like or dislike how it feels.
I fired a sepia joke and he drew a kiss on my cheek.

then scratched at her eyes until they stopped calling me whore.
His suit of brown skin fell to the floor.
The soca tune died like 1804.
Mama said they don’t sell eyes at the grocery store.

Carnival season
in the pan yards
everything starts
in the pan yards
then the blue
Nile of bodies
Nile of the world’s skin
this blooming flesh and sequin
chipping down the torso
of Port of Spain
Here drinking up the night
soaked in rum,
sucking down coconuts
drunk on drums
white people brown people
sweating rum
women, men
whining up their bottoms
whining down the place
whining up their bottoms
whining down the place
see Uncle Avid
whining up he waist
I love Uncle Avid’s
return to the yards
there’s the gold band
with tunes for the gods
love Uncle Avid’s
makeup job
lipstick smudge
eyelashes   rouge
there go Uncle
Avid with his gold-
painted face
there go Uncle
Avid in his bridal lace
I love the gold band’s
tunes for the gods
and Uncle’s return
to himself
once a year
in the pan yards

I fed up with she joking my wet bag of a city.
Doltish Yankee girl.
See she body drape over the ledge so?
Well, watch me fix she!

She ask me to show she the bowels of my nation,
my Shanty town.
So how she go joke my city carve from tin?
Watch me fix she.

She eyes sharp, sharp like dunce cap.
Stupid Yankee girl.
Unleavened breasts flat like she gaze.
Watch me fix she.

Of course tings small from far, far away,
doltish Yankee girl!
When I say leh we go walk dong the road she say, no way!
Watch me fix she.

Instead she point over so and say, look them ragamuffins.
I want to say no, shiny tamarind seeds!
She doh know who standing behind she, yuh know.
Watch me fix she.

It against law to push she – you understand?
My Shanty town.
But my laws old as the hills.
So watch me fix she.

She doh know who standing behind she.
Shiny tamarind seed.
Black girl with breasts like fists.
Yes. I go fix she. 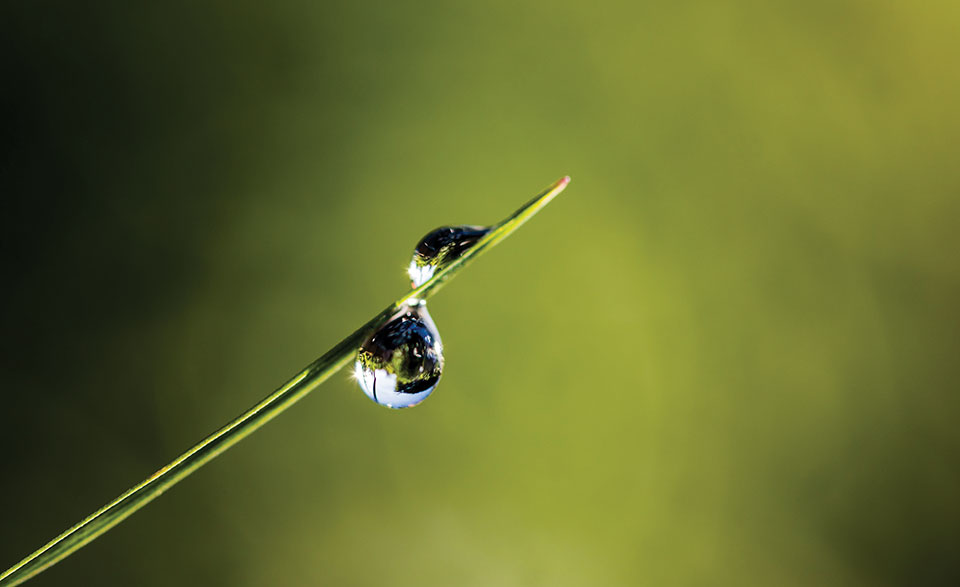 I imagine the day you will ask me:
why is our life that Bill Withers song,
just the two of us?

You’ll want to know why your father
isn’t here disrupting our doorways,
off teaching you dangers I wouldn’t dare.

How to tumble down hills with grace.
How to ride a bike with your hands
raised in prayer. Tossing you about

when I’m a stranger to fun, hoisting
you to ceilings with biceps twice as strong as mine
to make an airplane of you, superhero, rocket ship.

To my small hands, you’re an astronaut.
Intrepid sojourner. You are universe
of brain with buckets of words.

So when you finally ask me
why is my daddy a faraway star? I’ll say
beloved, you were his most beautiful accident.

then remained. I know your father’s love
doesn’t feel like mine, but love
is like water, coming to us in multitudes.

It is rain beading across your hair,
snow melting on your lips. Avalanche.
Dew’s slow delicacy. Hurts like hail.

I don’t know if your father will ever come
around with his liquid eyes that I see in yours,
your exact dimples indenting his cheeks.

But should the day usher him here,
may the cup in your chest expand to accept
the potential oceans trickling from him.

His absence compels me to mother you
with the ardor of two – impossible joy!
When you fall asleep in the bassinet

you make of my arms, no room to lament:
I am your breath’s one witness.
Your ear suctions to my chest.

Can you hear the hammers? My worker
heart’s making a mansion of the world inside it –
your name kissed to its door. 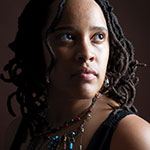 Samantha Thornhill is a poet, educator, and author of three children’s books. A performer on stages across the US and internationally, she holds an MFA from the University of Virginia and taught poetry for a decade at the Juilliard School. Her newest children’s book, A Card for My Father, was published this year with Penny Candy Books.