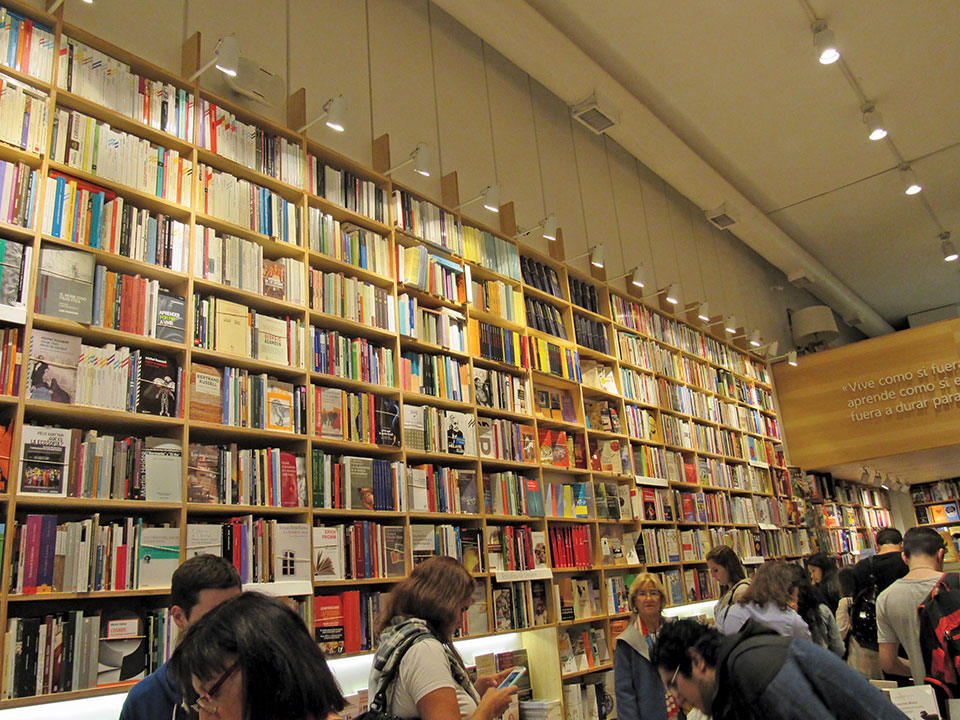 While Buenos Aires is primarily known for Maradona, the tango, and some of the tastiest steak in the world, for me it will always be the city of books. The booming literary scene from which giants like Borges and Cortázar hailed still endures today. Buenos Aires is the leading city of bookstores per capita with twenty-five for every one hundred thousand inhabitants. As a person who feels the most authentic sense of home in literary spaces, after spending a semester abroad in Buenos Aires, I am convinced the city makes a wonderful home for all adventurous bookworms.

In Buenos Aires, bookstores are alive. Instead of being treated as relics of the past, I was thrilled to find that bookstores still thrive as places where people actively gather to discuss interests and pursue knowledge. Like mini town halls, they pepper the city as public forums ripe for intellectual dialogue.

Although the number of roadside bookstands, corner bookshops, and old libraries is astounding, the real treasure of the city is the way in which it celebrates literature. One of the very best literary festivals I attended during my four-month stay in the city was La Noche de las Librerías, the night of the bookstores. This annual event is held on one Saturday every March from 6pm to midnight. 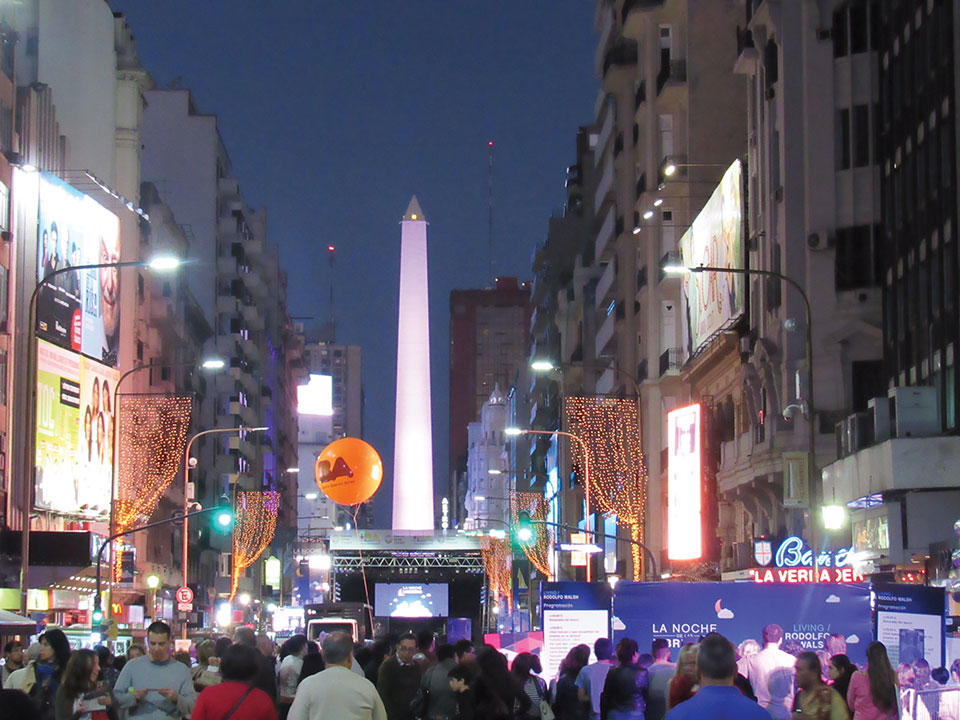 La Noche de las Librerías is a fantasy come to life. The festival stretches down Avenida Corrientes, the cultural vein of the city, where bookstores and theaters dominate nearly every inch of space, except of course to make room for pizzerias and tidy little cafés with rich backstories. The night is scheduled with a series of live music performances, author chats, panel discussions, and interactive activities such as bookbinding workshops plopped right in the middle of the street, which is closed down exclusively for the festival.

The spotlight mainly shines down on the multitude of booksellers that span the avenue. The bookstores themselves are not pristine attractions. Each has its own unique personality. From graffiti-covered interior walls, to shelves piled so high with books that a sliding ladder is needed to reach them, to a framed black-and-white collage of literary legends overlooking the shop, each store is captivating in a way that radiates character. The walls of Corrientes speak, revealing the history of each bookshop. The stores spill out onto the street with wobbling tables set up on the sidewalks for the overflow titles. Vendors sell everything from used paperback copies to small books of Latin American poetry made out of recycled materials, each with a uniquely hand-painted cover.

The true joy of the festival is aimlessly wandering down the avenue and weaving in and out of the strand of bookstores. The night I attended the festival, I witnessed hordes of people, young and old, packing the bookstores as full as medialunas in a pastry shop window. I saw crowds circling around the presentations and panels, raising their voices to discuss the history and future of literature in Argentina. I smiled as bookstore goers voraciously thumbed through books in a way I had not seen in a long time. Buenos Aires is a city in love with literature.