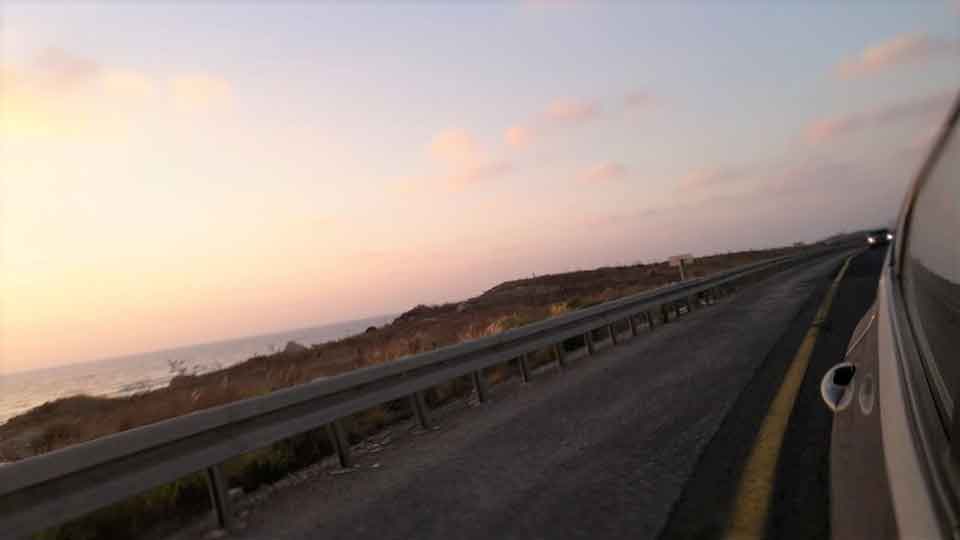 Israel and Lebanon, Hebrew and Arabic—so close, yet so far away.

I'm driving down the coastal road, flashes of bright blue sea, glimmering gold and silver in the afternoon sunlight, rolling beside me, and I’m flicking through my YouTube playlist called Good Arabic Music. I don’t really speak Arabic, except for that brief class I took last year in Yaffo, which in Arabic is called Yaffa—which always puts me in mind of the Hebrew word Yaffa—which means pretty, or good.  At the end of each session, the teacher would translate an Arabic song as a way of teaching us vocabulary, and that’s how I learned what the words to “Inta Omri” mean, and who Dalida and Fairuz were, and all about Farid al-Atrash. When Fairuz sang Li Beirut, min albi salam li Beirut, the mournfulness in her voice painted a vision of desolate cities and lost dreams.

I came to see in that class that, yes, Arabic and Hebrew are cousins, and that if I listened hard to songs in Arabic, I could pick out words like dashes of clarity through a fog, like glimpsing a familiar face in a foreign city. I took to searching out Arabic stations on my car radio, just to listen to the cadence of the language, and recognize, just barely, a few of the words.

I found the Lebanese band Mashrou’ Leila the way you find a bright bead in the grass, a café that makes perfect coffee, a small gift from the gods. On the face of it we have little in common. I am a Jewish middle-aged woman, living in the center of Israel, easy in my existence. Hamed Sinno, the lead singer, is a gay, Muslim Lebanese man, born twenty-four years after I was. Our lives are as two discrete galaxies.

Driving down the coastal road, the laughing, shimmering gold of the sea in my peripheral vision, Sinno is singing about the gay nightclub scene in Beirut. The words, at my fingertips on YouTube, bleed longing, loneliness, despair, and the occasional small moment of grace. He’s just trying to figure it all out, like I am, like everyone is.

But the words—yakun, for example—so like the Hebrew yakon that for a moment the song loses its strangeness and speaks to me as if we are on the same side of this crazy divide that has ruled that Mashrou’ will never play in Tel Aviv, that I will never see beautiful Beirut. Our neighborhood, Mashrou’ Leila’s and mine, is crazier than the wildest west of the wild west but also more alluring, more beguiling, lovelier than the most passionate Orientalist’s dreams of delight.

Come to Jordan, say the comments on YouTube. Come to Tunisia. Hello from Brazil.

Google translate says Kadhabin, but I’m hearing kazib—which I know, from reading the YouTube translations, means liar, which actually makes sense because the word kozev in Hebrew means false. Cousins, like that kid who talks funny and is nothing like you, yet you share something that runs deep and vital, something that links you over time and history, empires and civilizations that have ruined, pillaged, raped, exiled, enslaved, massacred. Like the very atoms in our blood, our languages share memories.

Funny you should mention the Romans, Sinno—those Western foreigners from across the sea. Their descendants have given us pizza and pasta, fashion and football, the most enticing of bread and circuses, but what havoc they wreaked upon us all! We still remember them tramping through our cities. They were hollering through the streets, kicking up trouble in the marketplaces, hewing rocks from the mountains in order to build their baths, their palaces, temples to their gods. And also their ports on the sea, the easier to sail between Yaffo and Beirut. Did they even imagine what they were to set in motion, that for twenty centuries the decedents of the exiled would remember, how long, long after they were gone we would look on the ruins of their presence and still feel, even after all those centuries, their hot breath on our necks?

The difference between freedom and submission is agency, say the translated lyrics on YouTube, and you’re singing alhuriyat but I’m hearing kherut—and I’m thinking about how in the Passover seder, the slaves became Bnei khhorin and how really, we all want the same goddamn thing—the proof is right here—in the marrow of the words.

What if I just keep going—drive north on the coastal road, past the Roman ruins of Caesarea, past the Elijah’s Church in the Carmel mountains, past the Crusader fortresses in Acre and the cannons the armies that fought Napoleon left behind, clear through the border that traverses the gorgeous sea grottoes in Rosh Hanikra, and I continue into the hills of Lebanon? I’ll buy a Coke in Tyre, stretch my legs and catch the sun setting over the sea in Sidon, and then continue another half an hour or so—till I get to Beirut. Just to see what Fairuz was singing about. Just to see what you are singing about.

Peace upon you from Israel. Thank you for this great song says, Gal P.

And m ad, from somewhere in the universe across the border, answers, Gal P peace upon you from Lebanon brother!

[1] Whatever will be, just may be, I’ll still be, standing here singing my melody. From “Falyakon.”

Janice Weizman is the author of The Wayward Moon, an award-winning historical novel set in the ninth-century Middle East. Her writing and translations have appeared or are forthcoming in World Literature Today, Lilith, Consequence, the Jerusalem Report, and the Tel Aviv Review of Books. Originally from Toronto, Weizman has lived in Israel for over thirty years.