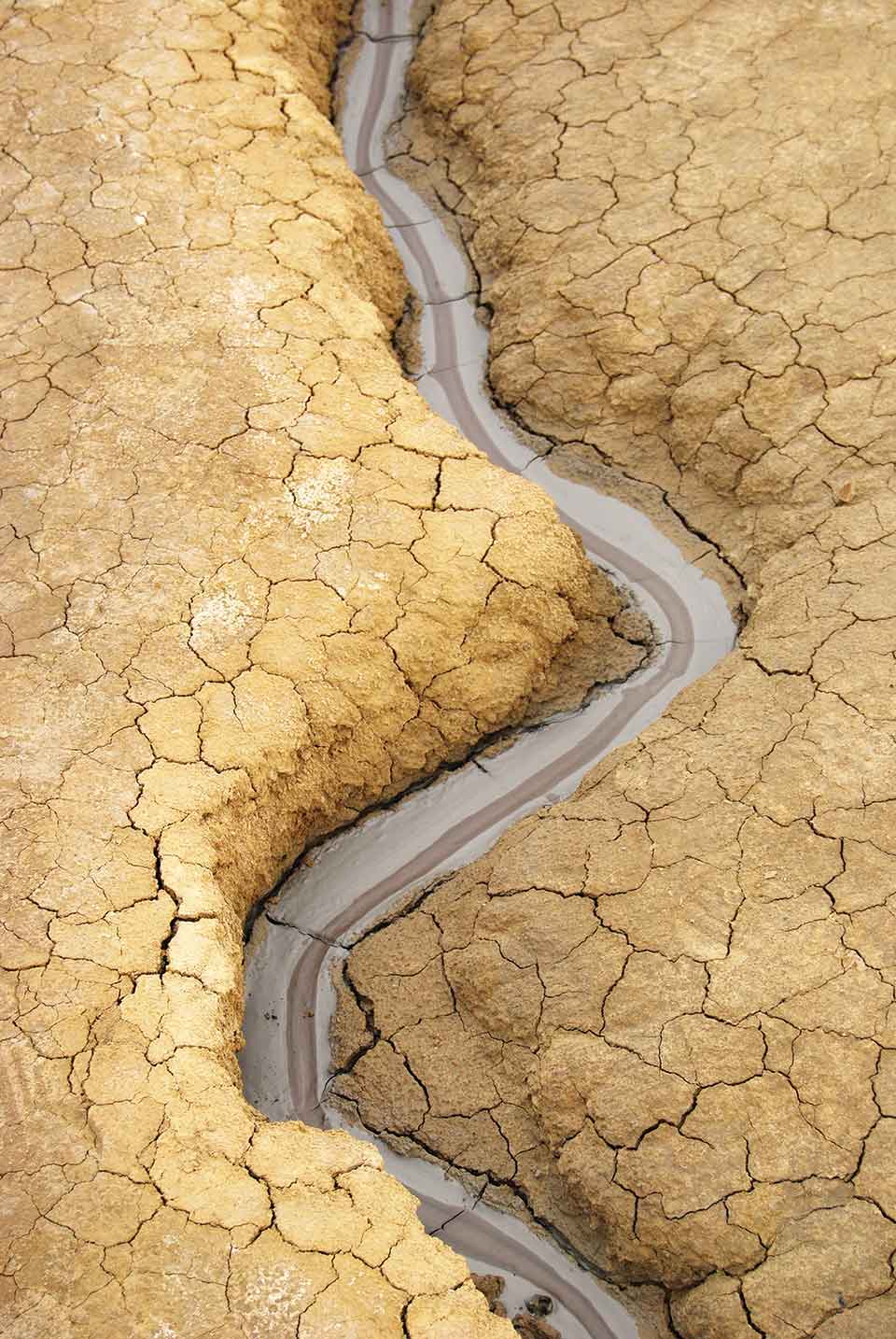 In the following essay, the author explores the apathy she finds even within herself in the face of a gradually expanding drought in Chile, the country most affected by the water crisis in Latin America.

My son wants to play with his paper boat in the dirty dishwater. I leave the faucet running for him so that we can form an imaginary sea. The sink is clogged with food, but he’s unaware—a freeing innocence. I let the water run. He jumps up on me, barely able to reach with his hands, and sees that his boat is falling apart and sinking, that he’s losing sight of it. He tries with another one and asks me: Why won’t they float, mamá? I dredge out the rice stuck on the bottom so that we can drain the dirty ocean and try again.

The house we’re building in the country is still just a block of cement in the ground; we only recently began laying the foundation. My sister-in-law says that building here doesn’t make sense, that a friend of hers, an expert in something or other, claims that this region will be a desert in twenty years. And it’s true, but we don’t want to know that right now—it’s easier this way. Water isn’t scarce around here (yet). Along the edge of the property runs an irrigation canal originating in the cordillera that we, and all the neighbors in the area, take turns using for watering. The land here is fertile: the grass grows all on its own, the gardens don’t need much tending to, and my son picks tomatoes and then eats them like apples. Some afternoons, when he’s bored, I turn on the hose for him so that he can do some watering while I lay in the grass, and he plays and gets soaked. He sprays me, I get mad, he laughs. It’s hard to believe that just an hour’s car ride away they’re already threatening to ration water. The worst drought in decades, they say, every year. They’re already replacing the grass-covered yards with sand and succulents, like the houses in the desert. Further north, some communities are having their water delivered on trucks, letting their gardens die, and canceling classes for the children because there’s no water in the bathrooms. Drought is nipping at our heels, like creeping lava. I gaze out over the landscape amid the green of the willow, fruit, walnut, and sweetgum trees, and I can feel us living out the final years of a dying way of life.

Drought is nipping at our heels, like creeping lava.

Nevertheless, we work against that life, like someone who smokes knowing full well they have lung cancer. While my son gazes upward looking for the Chilean hawk that lives in our roof—which flies out every morning with its young—I throw out the kitchen garbage, a bag dripping blood from the weekend asado and full of thousands of single-use plastics. In the supermarket there’s a cooler for every animal with any cut of meat you could possibly want: turkey diced up or available whole for Christmas; cows ground up or with their insides stuffed into casings; pigs sold in pieces or in cold-cut slices used in sandwiches. All the food comes packaged in some indestructible material, and at the produce displays people buy fruit imported from foreign climates when the fruit from our trees is rotting, unharvested.

No one sees the vulgarity in that abundance.

Didn’t you all realize? he’ll ask me in twenty years, and yes, I’ll have to tell him, but we didn’t want to know, it was easier that way. Seated at the edge of the irrigation canal, we take the volume of water for granted without realizing that it’s shrinking. And in this landscape, where the sky lights up and we walk as if floating, we see trash caught in every bush lining the edge of the walkway: small, colored plastic bags, trapped, like flags flapping in the wind. My son still finds beauty in that calamity.

He makes circles with his boat in the murky dishwater and stirs time without realizing it. He skims the vessels along the surface while outside, silently, the earth cracks and the rain sleeps. He runs to collect bugs from under the rocks and invents names for them, while the soil unwittingly degrades. He picks up a slimy frog that frantically slides toward the ivy, and the heat strikes close, snow-free. The old branches crunch beneath his footsteps; he listens, hidden, to the carpenters pounding; and we remain unconcerned as the lava creeps. He throws in another boat that falls apart in the dirty water. We dredge out the rest of the food trapped at the bottom and then empty the basin to start over again. 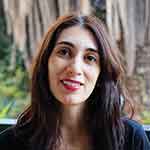 Catalina Infante Beovic is a Chilean writer, publisher, and co-owner of Librería Catalonia in Chile. She has written three books of short stories of the Indigenous peoples of Chile, authored the picture book Dichos redichos and the artist’s book Postal nocturna, and in 2018 published her first book of stories, Todas somos una misma sombra. “Ferns,” published in 2020 by WLT and subsequently nominated for a Pushcart Prize, was her English-language debut. 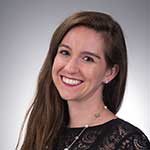 Michelle Mirabella is the translator of “Ferns,” Catalina Infante Beovic’s English-language debut (WLT, 2020). Her work also appears in Latin American Literature Today, Firmament, Arkansas International, Columbia Journal, and elsewhere. She is a graduate of the Middlebury Institute of International Studies and an alumna of the Banff International Literary Translation Centre.